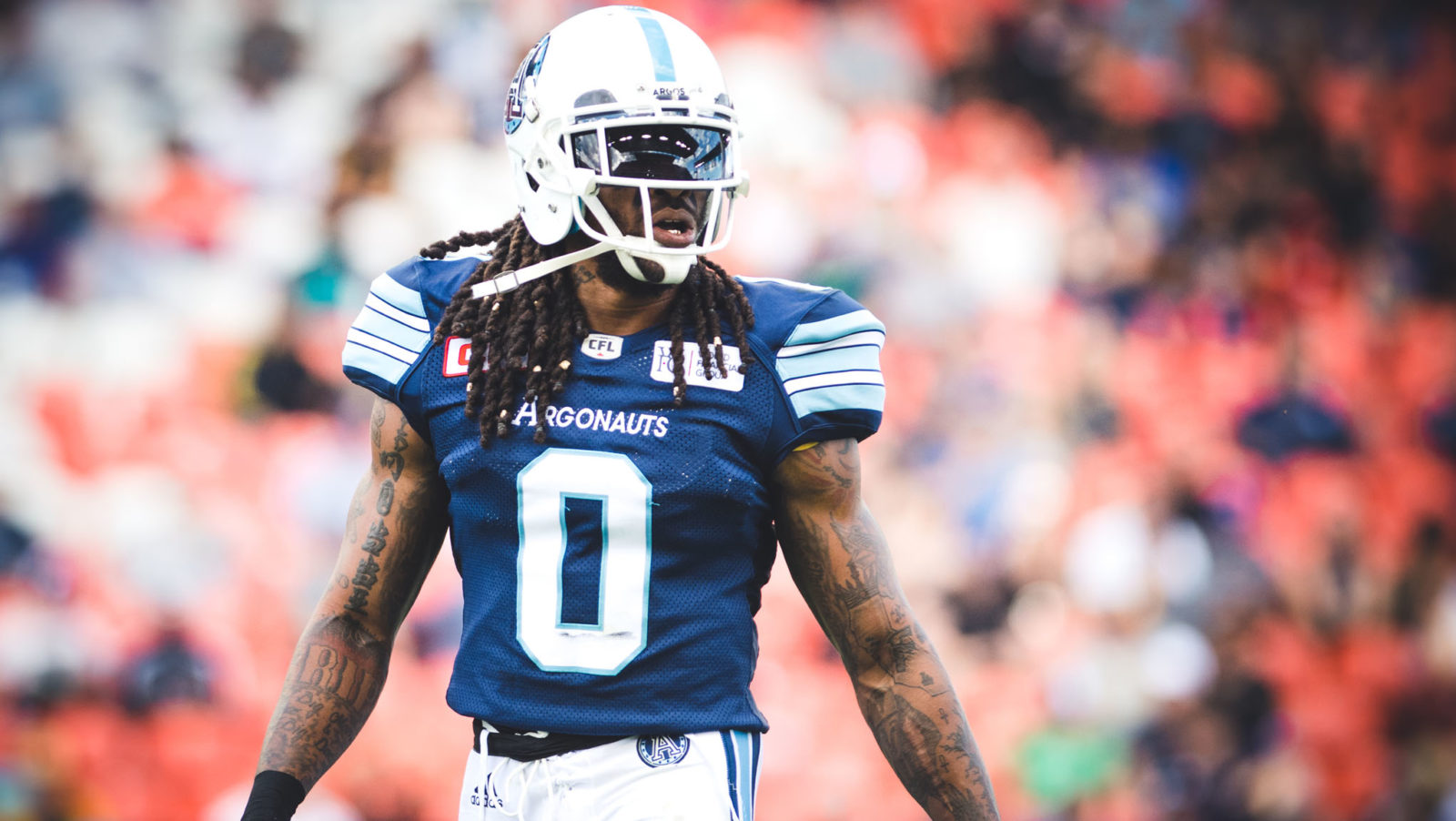 Sears, who joined the Argos in 2017 after seven seasons in Winnipeg and Hamilton, was due to become a free agent at 12 p.m. ET.

“Johnny was an impact player whenever he touched the field for us in 2017 and we look forward to having him back onboard for the upcoming season,” said Argos GM Jim Popp.

Injuries have been an issue for the otherwise-talented 30-year-old from Fresno, Calif. Sears started the first six games of 2017 for the Argos at corner, but after that was held to just one more contest, a start in Week 13 vs. the Eskimos.

Over five seasons with Winnipeg, Sears had six interceptions and 127 tackles.

He’ll look to win a starting job in an Argos secondary that could be heavily impacted by free agency. While Cassius Vaughn signed an extension on Monday, others including Mitchell White, Jermaine Gabriel, Rico Murray and Akwasi Owusu-Ansah are all pending free agents.