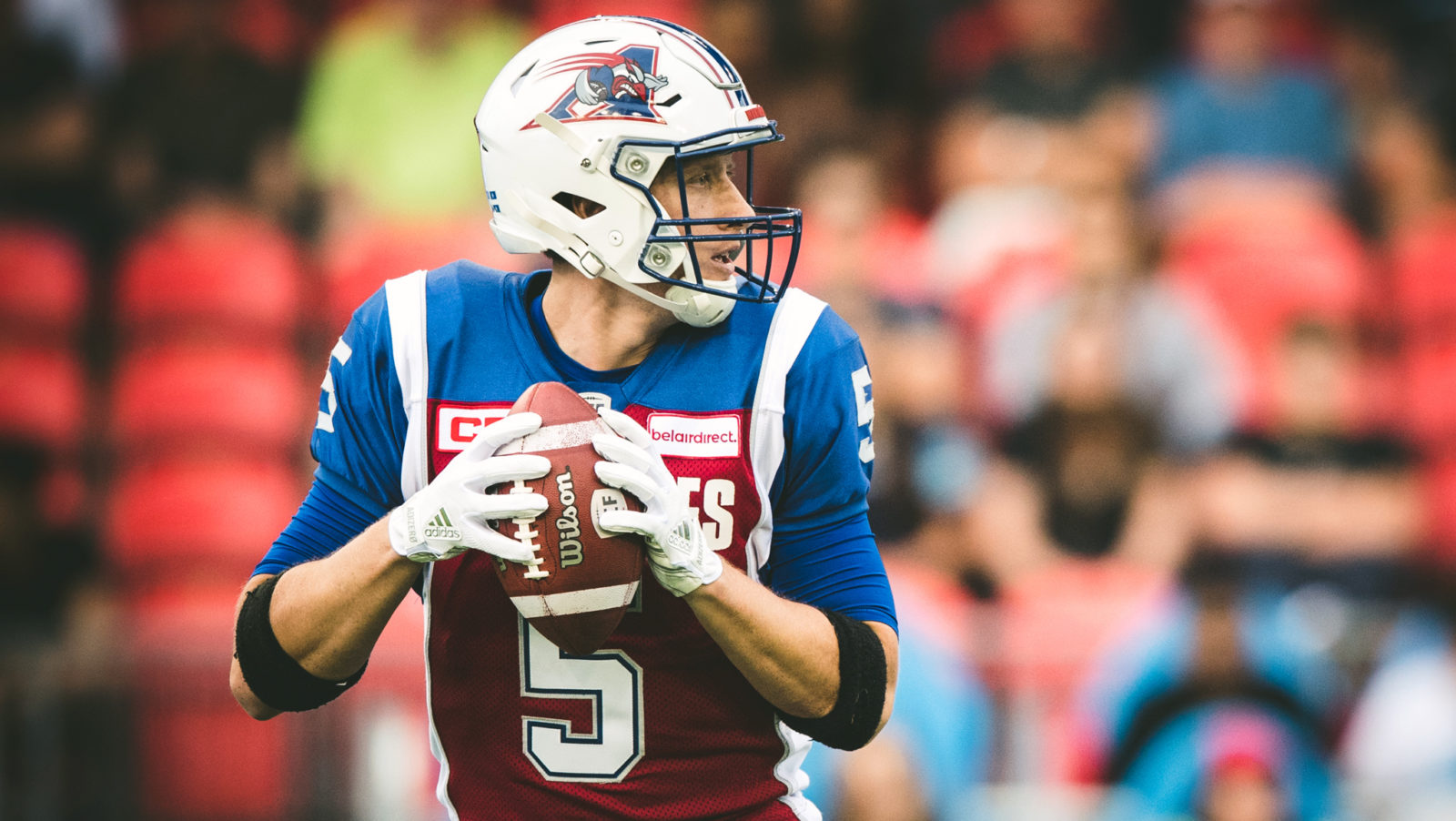 The 30-year-old played in 12 games with the Als, including two starts, in 2017 and tossed 547 yards and a touchdown while also rushing for 66 yards and a major score.

In 88 career games in the CFL the former University of Buffalo quarterback completed 781 of his 1,164 passes for 9,086 yards and 40 touchdowns. He also ran the ball 145 times for 763 yards, adding seven rushing touchdowns to his totals.

The Randolph, N.J. native also played for the Saskatchewan Roughriders and the Winnipeg Blue Bombers.

Willy could be in the running for a starting job in 2018, as he goes to camp with Josh Freeman, Matthew Shiltz and Antonio Pipkin also vying to become the Alouettes’ starting quarterback.