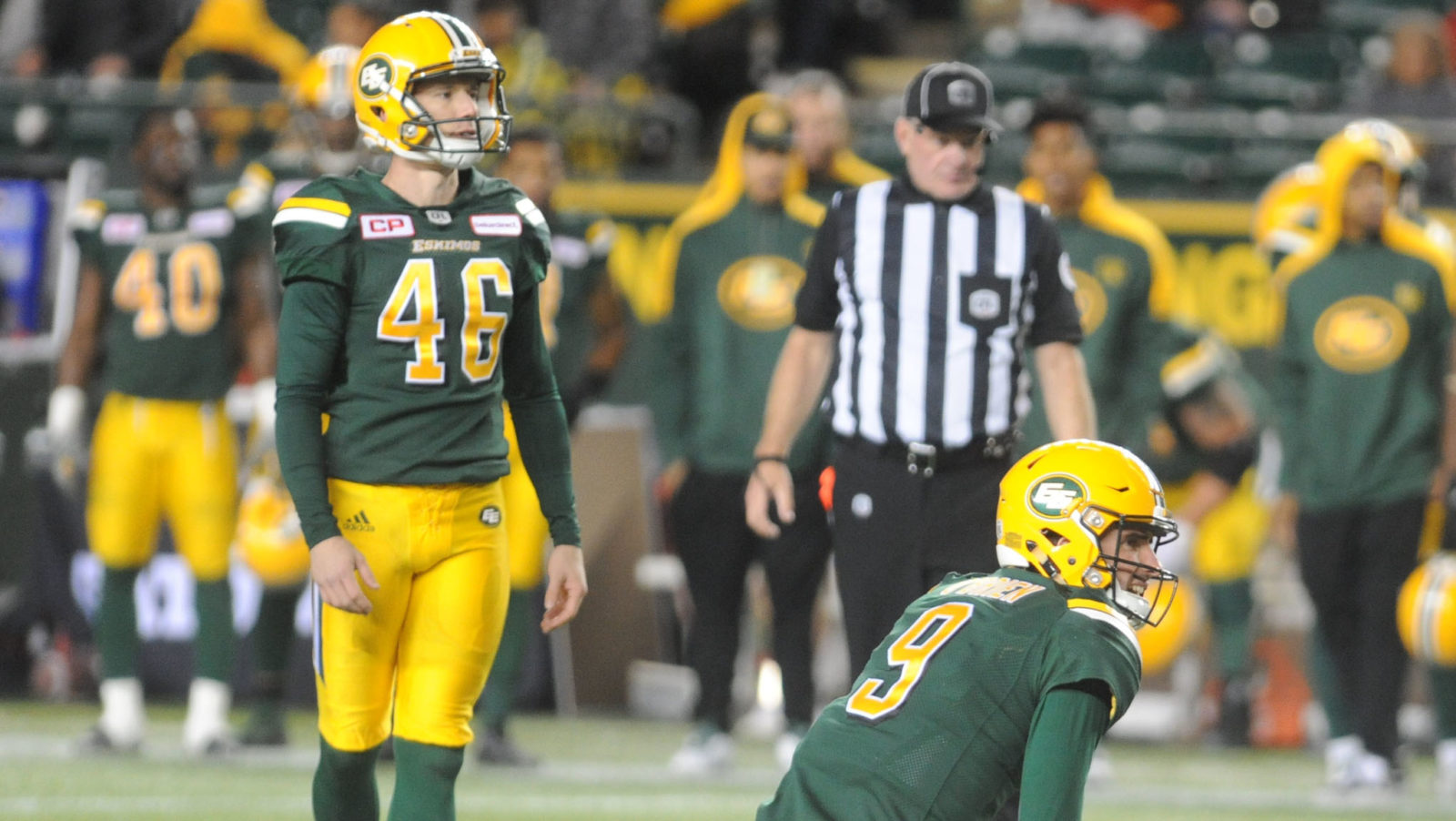 TORONTO — The Toronto Argonauts announced on Wednesday that the team has signed international kicker/punter Swayze Waters to a one-year contract through the 2018 season.

“Swayze is a talented kicker with a proven track record in the CFL,” said Argos GM Jim Popp. “We’re happy to be able to bring him back to Toronto where he has a strong history.”

Waters handled punting and kickoff duties for the team as well, punting 269 times for 12,607 yards (46.9 AVG) in his time with the team, meanwhile emerging as one of the CFL’s top punters.

The 6-foot, 185-pound product of UAB was named the CFL’s Most Outstanding Special Teams Player in 2014 while also earning CFL and East Division All-Star honours. In 2012, Waters converted 7-of-8 postseason field goal attempts en route to becoming a 100th Grey Cup Champion with the Argos.

In 2017, Waters suited up in five games with the Edmonton Eskimos, converting 11-of-15 field goal attempts and 11-of-13 one-point conversions. In addition to the Argos and Eskimos, he has spent time with the BC Lions, Carolina Panthers, Pittsburgh Steelers, Oakland Raiders, and Detroit Lions.

Waters serves as a possible replacement for Lirim Hajrullahu, who signed with the Hamilton Tiger-Cats on the opening day of free agency Tuesday. Hajrullahu spent two seasons with the club.