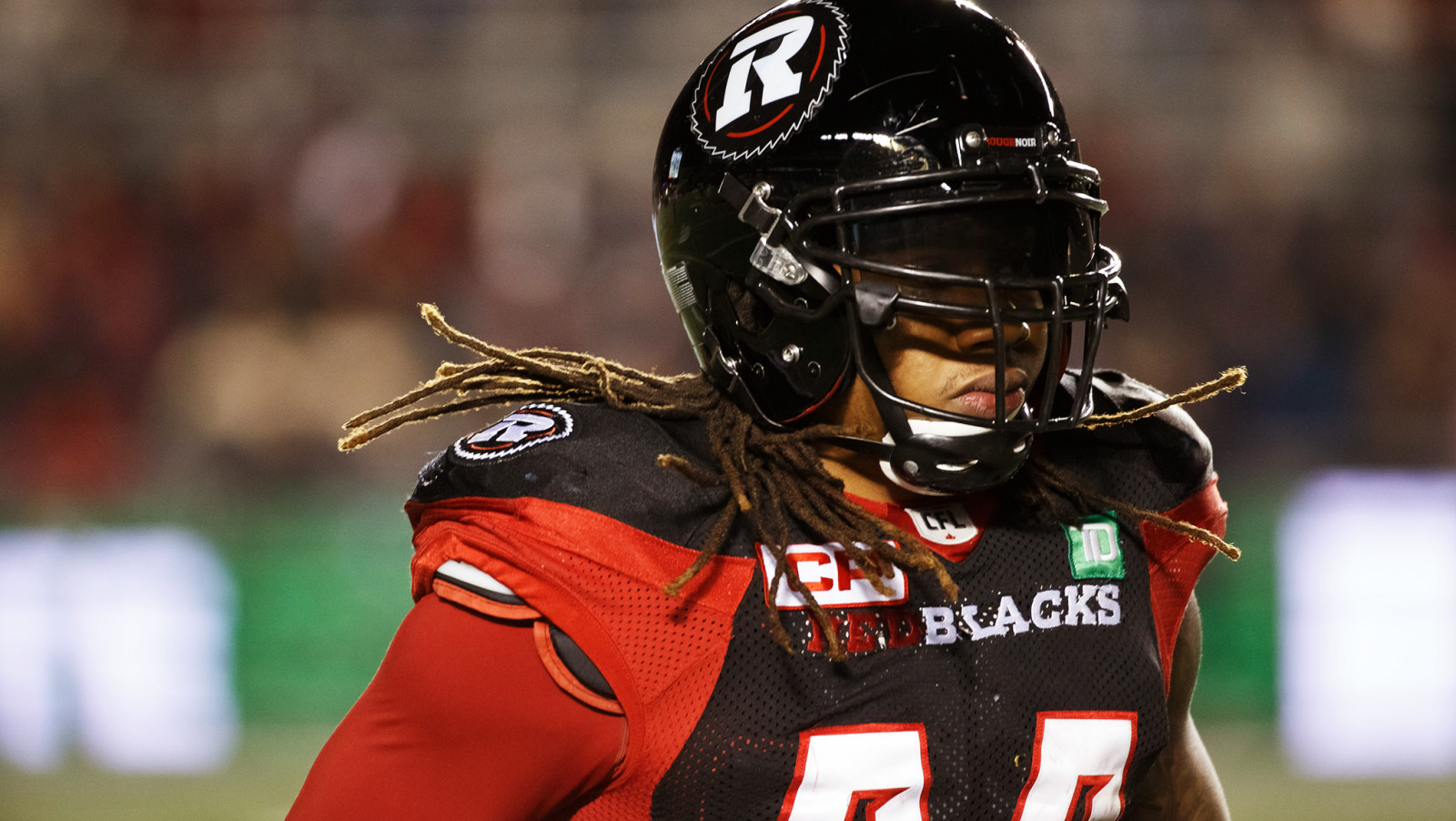 While the list of marquee names is dwindling, there are still difference-makers available going into the third day of free agency.

Who could impact Thursday on the open market? Let’s look at some potential options:

The Riders found they were paying a little too much for their 2017 prized free agent signing to play guard instead of tackle. Maybe Derek Dennis was not the player Chris Jones hoped for when he signed him a year ago, but that doesn’t mean the former Most Outstanding Offensive Lineman won’t be coveted elsewhere.

With Joel Figueroa and Travis Bond off the market, Dennis might be the top offensive lineman on the market right now. He should be fielding plenty of calls.

Muamba, a former first overall pick by the Bombers in the CFL Draft, had a solid season in 2017, racking up 82 tackles, 11 special teams tackles and two interceptions. His talent, age (28) and national status likely make him one of the most coveted free agents currently on the market.

The veteran received his walking papers from the Stamps last week as they look to get younger at receiver. But despite his age (33), Marquay McDaniel should garner some interest on the open market as the top-ranked American receiver available.

McDaniel has been a model of consistency throughout his career, recording a minimum of 744 yards in each of his last six seasons.

A two-game suspension could complicate things for mammoth left tackle Bruce Campbell, one of the most physical offensive tackles in the league at 6-foot-7, 317 pounds.

On the other hand, the veteran out of Maryland is a starting-calibre tackle who played a role in the Riders’ offensive resurgence last season. There’s a need for a player like Campbell for a few teams and he should be coveted on the third day of free agency.

Akwasi Owusu-Ansah played a role on the Argos’ Grey Cup-winning defence, taking on some of the league’s top receivers in his position as the boundary corner.

There are a few teams across the league that could use a battle-tested corner with the physical ability to match up against the Duron Carters of the three-down game.

The top remaining corner on the market, Ronnie Yell should get plenty of looks after playing all 18 games and recording a career-high 64 tackles in 2017.

Yell is a physical presence at the boundary and has proven he can stack up against some of the league’s most imposing pass-catchers. He’s also in his prime at just 26 years old.

After recording 94 tackles last year in Ottawa, Taylor Reed is coming off the best statistical season of his career. The 26-year-old has bounced around the league in his career, but he’s a solid athlete and an excellent tackler who can anchor a linebacking corps.

With a few teams needing help at that position, look for Reed to find a home some time over the next couple of days.

The former first round pick has been a steady presence for the Lions, although GM Ed Hervey has decided to head in a different direction with an offensive line that was among the worst in the CFL in 2017.

Still, Kirby Fabien would be a solid pickup for a team in need of a Canadian guard with experience and proven ability as a starter — and there aren’t many of those left on the market.

Jerrell Gavins suffered a season-ending knee injury late in the year, rendering his status unknown for the start of the 2018 season. Once healthy, the REDBLACKS’ defensive back/SAM linebacker can bring energy and versatility to any defence in the CFL.

Gavins has 167 tackles and seven interceptions over four seasons in the nation’s capital, appearing in two Grey Cups and winning one.

The Edmonton Eskimos appear confident they can sign their star halfback to a contract extension. That would solidify a defence that added Alex Bazzie on day one of free agency and also extended halfback Forrest Hightower and boundary corner Johnny Adams Jr.

Grymes is superb athlete with elite closing speed who’s tailor made for the field halfback position in the three-down game, and likely the last chance for a team to get an elite defender this far into free agency.

He’s not the quickest or the fastest linebacker in the game, but Bear Woods shouldn’t be overlooked for two reasons: his leadership and his physical presence on a defence. Woods was the heart of a Grey Cup-winning defence last season, while his ability as a tackler puts him among the CFL’s best linebackers.

A few teams could use an upgrade in Woods’ spot, including the Ottawa REDBLACKS and Winnipeg Blue Bombers — and of course don’t rule out a return to Toronto.