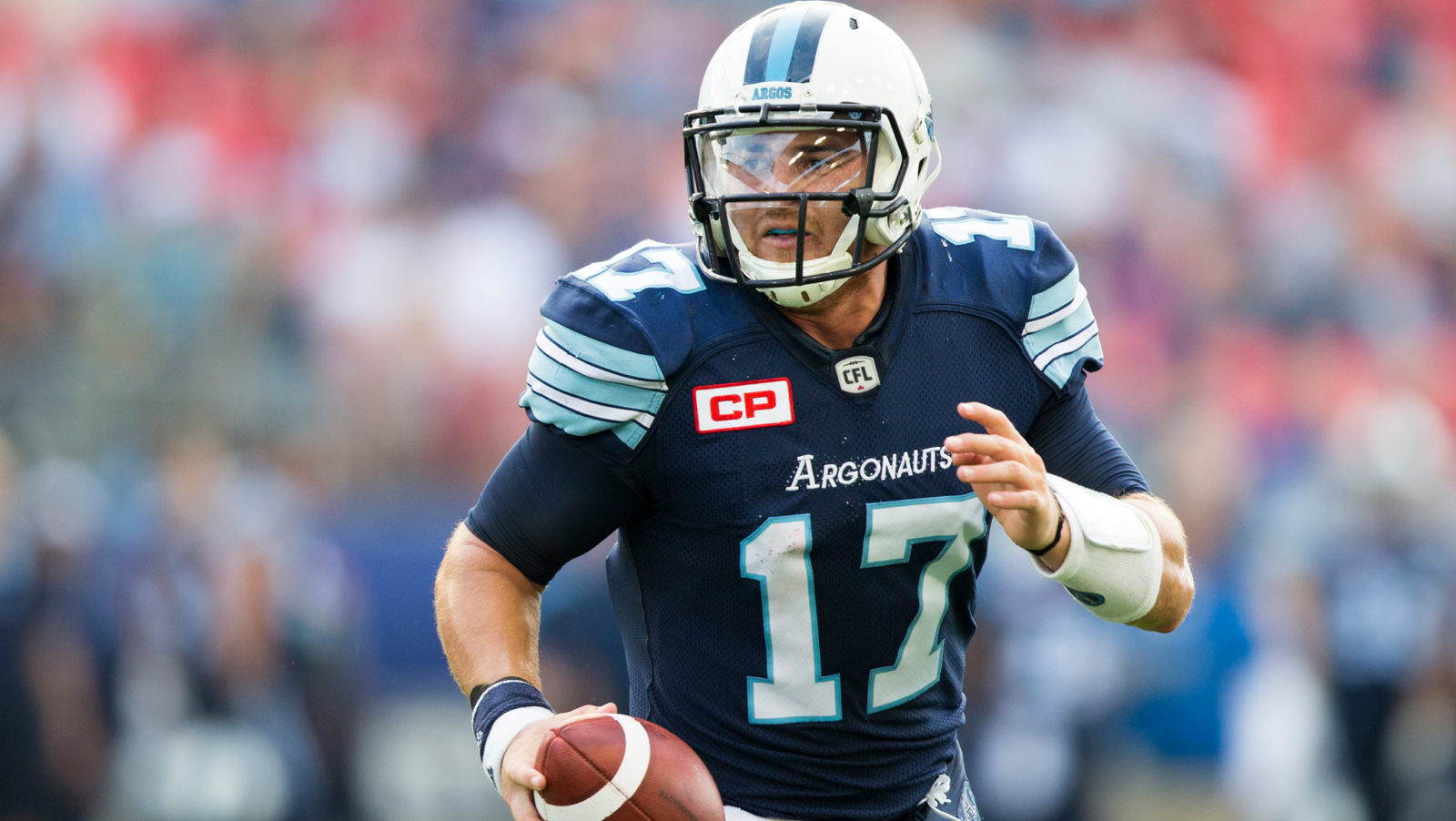 VANCOUVER — The BC Lions have plucked one of the top-ranked free agent quarterbacks off the market, announcing Thursday they’ve agreed to a one-year deal with Cody Fajardo.

Fajardo is coming off a Grey Cup-winning campaign with the Toronto Argonauts, serving as the team’s developmental and short-yardage quarterback the last couple of seasons.

The 25-year-old is considered one of the league’s more intriguing quarterback prospects, while General Manager Ed Hervey says he chose the Lions over multiple offers.

“Adding Cody to our stable of quarterbacks is a big signing for us and we’re very pleased he’s elected to come here after receiving a number of offers from other clubs,” said Hervey. “He has a lot of outstanding qualities and he’ll be an asset heading into training camp.”

» Official Free Agent Tracker
» A team by team look at free agency
» Still Shopping: One need for every team
» Bio: Cody Fajardo by the numbers

The 6-foot-5, 215-pound pivot dressed in a backup role for 26 games over the past two seasons, including all 18 last year. The Nevada grad has completed 29 of his 48 career passes for 261 yards and four touchdowns.

So far in his career, Fajardo’s ability with his legs has been his greatest asset. He added 329 yards along the ground on 80 carries, many of which came in critical short yardage and scoring situations for the Argos.

Before winning the Grey Cup vs. Calgary, Fajardo capped his time in Toronto with a game-winning touchdown plunge in the Eastern Final win over Saskatchewan in the game’s final moments.

Prior to his time in Toronto, Fajardo was an undrafted free agent signing of the Oakland Raiders in 2015. After an incredible four-year run in college, he stood as just the second quarterback in NCAA history to throw for more than 9,000 yards and rush for another 3,000.

The only other player to achieve the same remarkable feat was the quarterback Farjardo replaced at the University of Nevada, eventual San Francisco 49ers quarterback Colin Kaepernick.