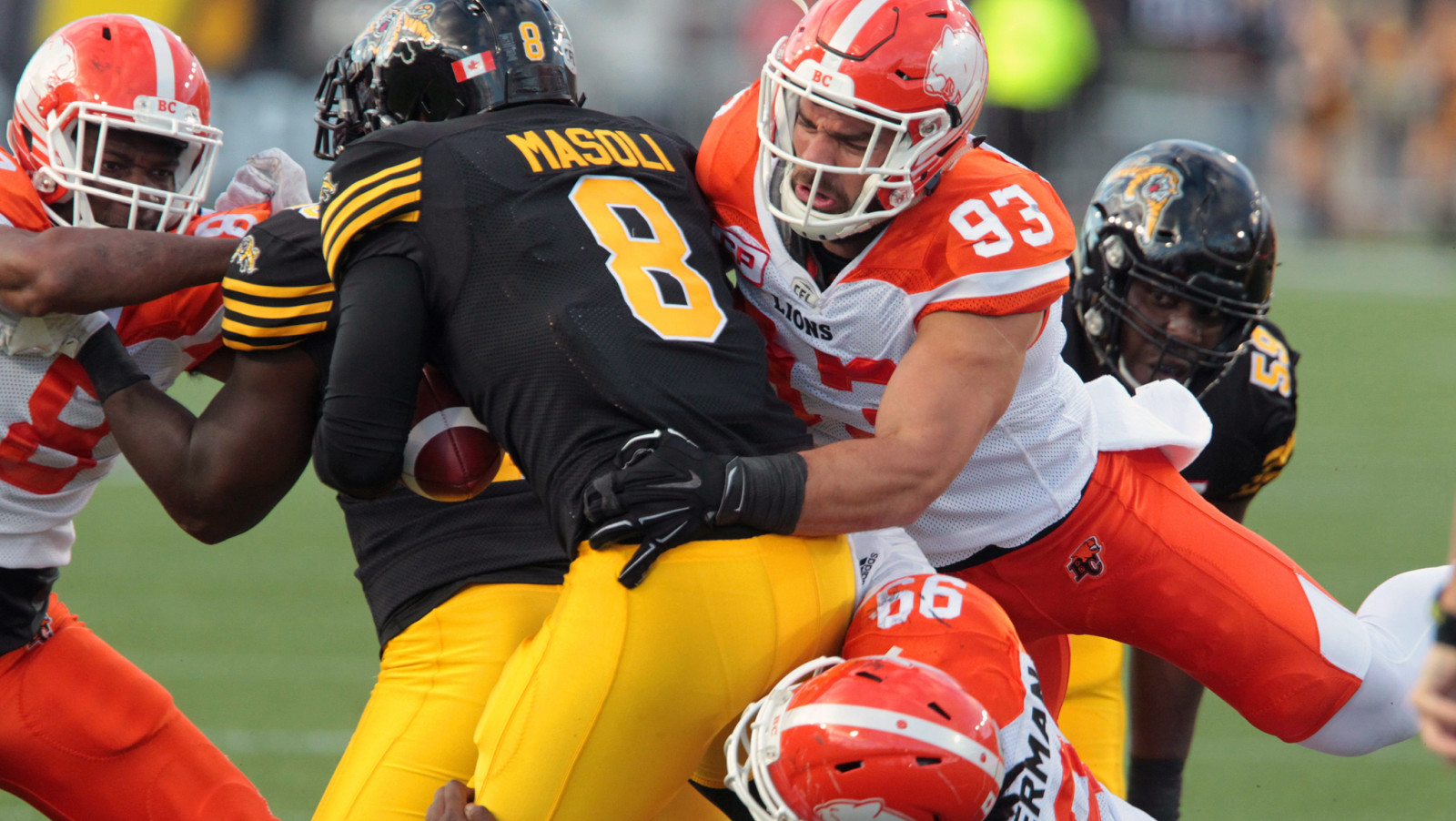 Roh, a 6-foot-5, 265-pound Michigan product, has spent the past three seasons with the BC Lions, registering 64 defensive tackles, 20 sacks and one forced fumble in 45 games (all starts).

Roh spent four seasons at the University of Michigan, starting a school-record 51 consecutive games. He made 29 starts at defensive end, 20 at outside linebacker and two at defensive tackle, while recording 150 tackles, 26.5 tackles for loss, 10.5 sacks, three forced fumbles, one interception.

As a senior in 2012, he started all 13 games, and was named a Second-Team All-Big 10 Conference selection, while earning the Richard Katcher Award, given to the Wolverines’ top defensive lineman.

He signed with Carolina after going undrafted, before signing with BC prior to the start of the 2015 season.