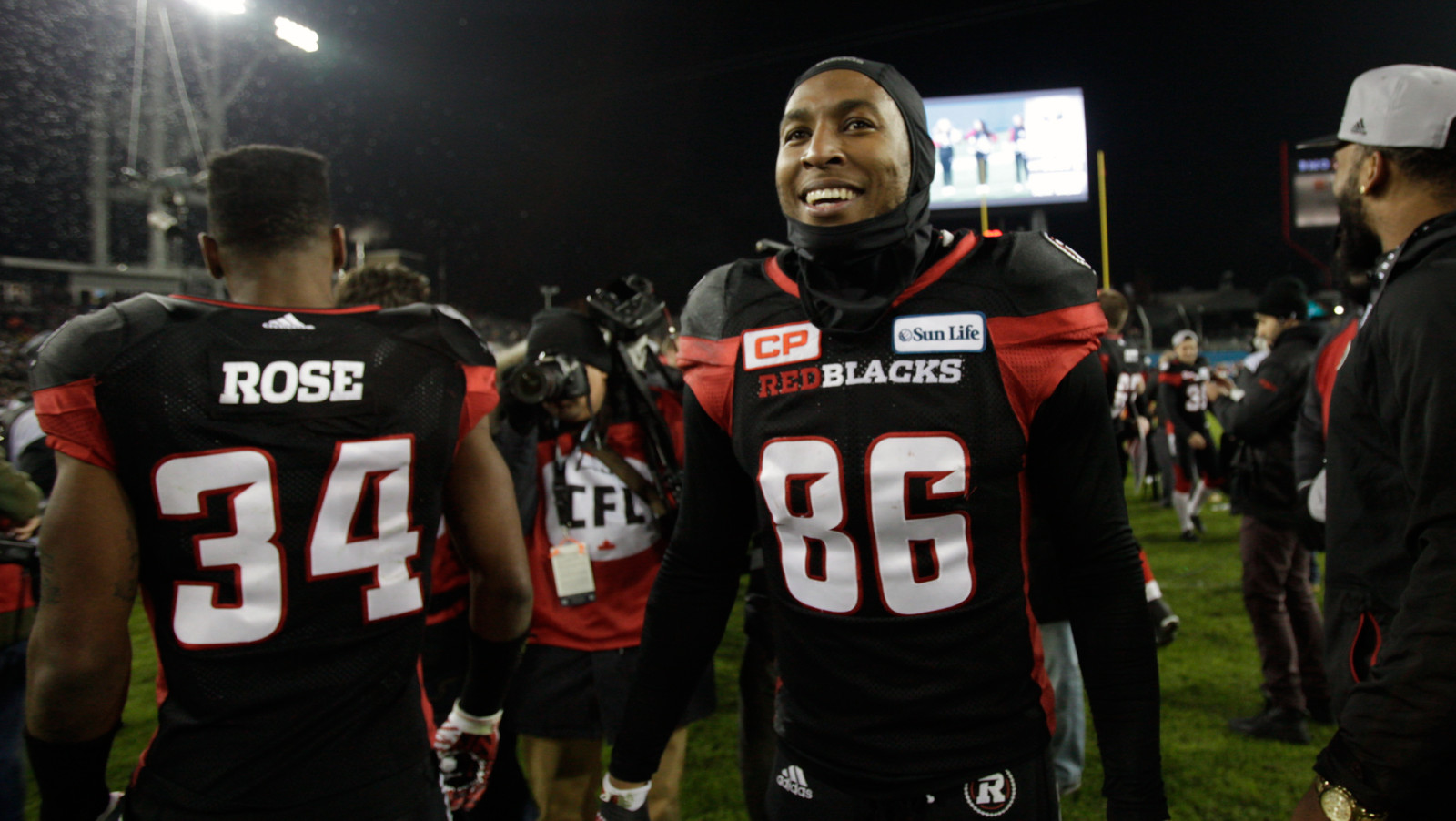 EDMONTON — The Edmonton Eskimos have added another international receiver to the mix, signing Juron Criner through the 2018 season, the team announced Friday.

Criner joins the Eskimos after spending two seasons with the REDBLACKS, appearing in 12 games and recording 30 receptions for 470 yards and 4 touchdowns.

This past season, Criner appeared in six games and caught 29 passes for 303 yards and four touchdowns, including 11 receptions for 102 yards and one touchdown in the Eastern Semi-Final.

The move comes after the team lost 2017 CFL-leading receiver Brandon Zylstra, who departed to the NFL. The Eskimos also released Adarius Bowman.