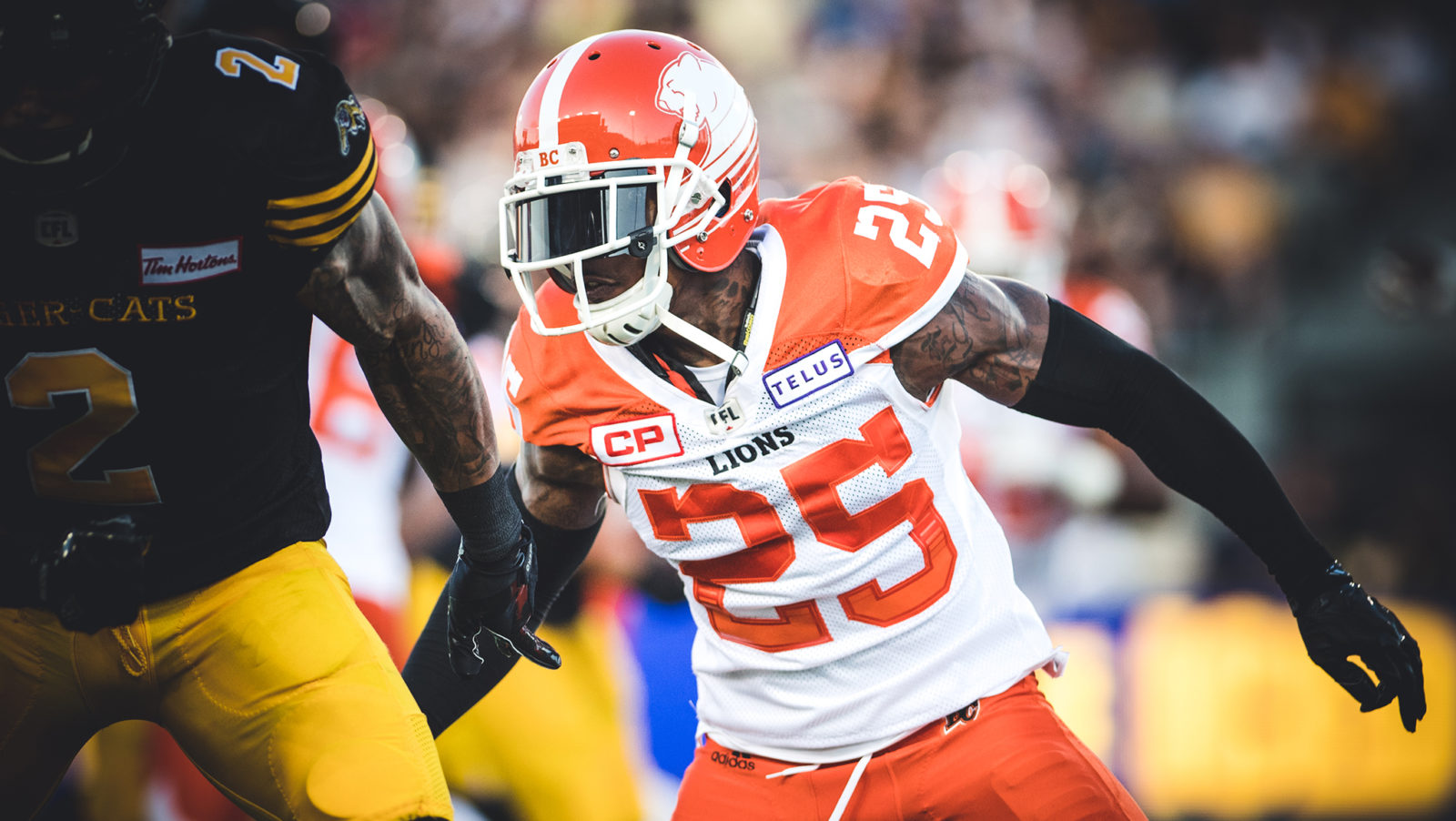 TORONTO — The Boatmen made another big splash on Saturday, the team has announced, signing free agent cornerback Ronnie Yell.

The 26-year-old boundary corner joins the Argos one day after they signed defensive halfback T.J. Heath, marking significant changes to their secondary over a two-day span.

Yell joins the Argos from the BC Lions, having started all 18 games in 2017 while hitting career highs in tackles (64) and interceptions (three).

“In four years in the league, Ronnie has developed into a consistent playmaker in the secondary and we are thrilled to welcome him to Toronto,” said Argos GM Jim Popp.

He was ranked 29th on CFL.ca’s list of the top 30 free agents, and considered one of the top players remaining on the market going into the third day of free agency.

While the Argos lost Mitchell White, who signed with the Alouettes, and Rico Murray, who joined the REDBLACKS, their defensive backfield appears to be nearly set for the 2018 season. Jermaine Gabriel and Matt Black were re-signed to play safety, while Cassius Vaughn, Qudarius Ford, Alden Darby and Johnny Sears also return to the roster.