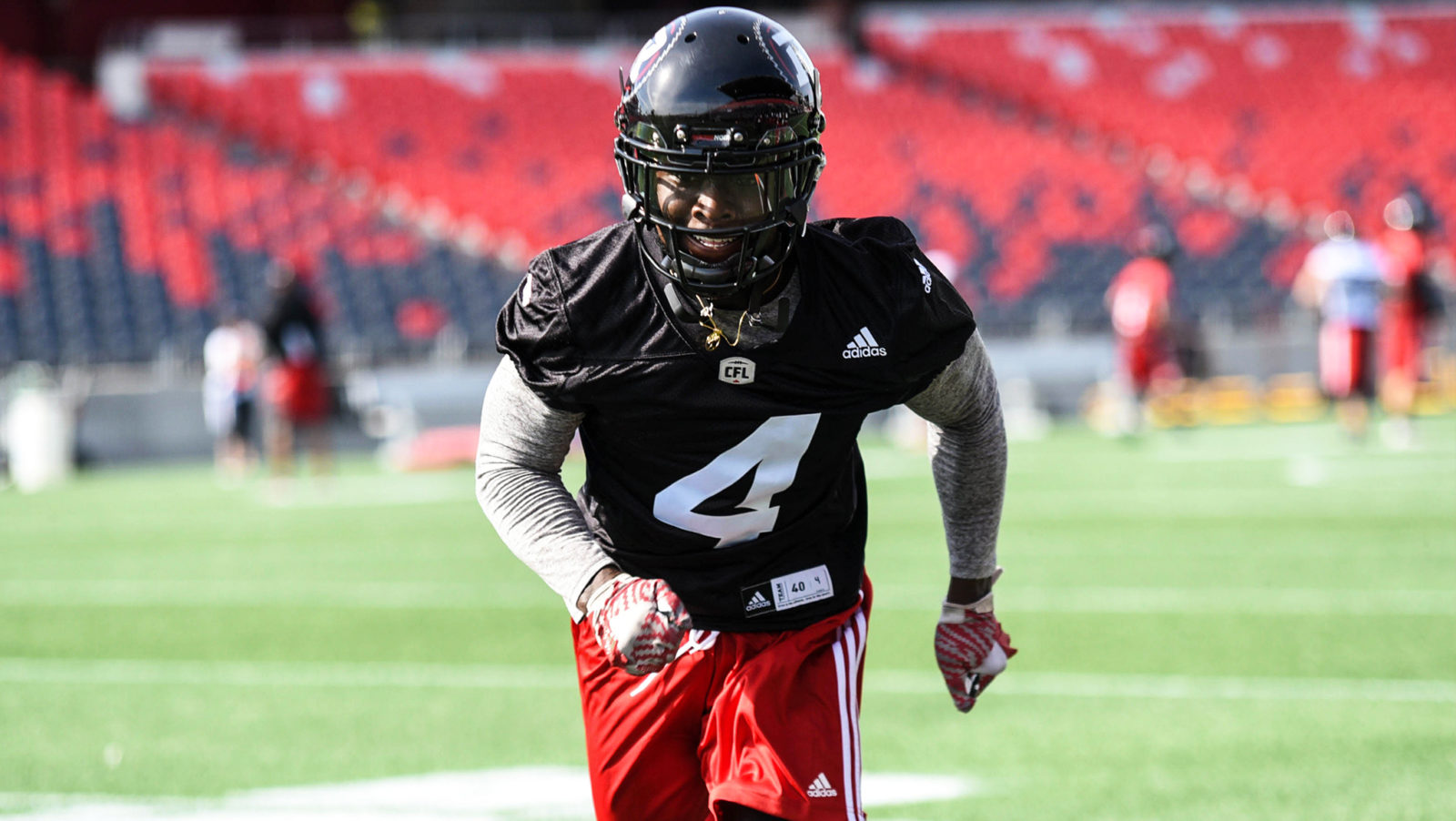 TORONTO — Many of the big names are off the market a week after the start of free agency. But for teams still looking to fill holes, help is available.

Bear Woods, Taylor Reed and Kirby Fabien are among names on the list, offering both nationals and internationals at a variety of positions across the board.

As the once-long list of free agents dwindles, let’s look at who’s still out there for GMs looking to improve their team.

Editor’s Note: Bear Woods and Taylor Reed originally appeared in the article but were removed after signing new deals.

Marquay McDaniel’s time with the Stamps ended abruptly when he was released days before free agency. The 33-year-old might be getting long in the tooth, but he’s coming off another strong statistical season having recorded 860 yards and four touchdowns. With a minimum of 744 receiving yards in each of his last six seasons, McDaniel should be a valuable commodity for a team in need of a veteran presence on offence.

Along with teammate Derek Dennis, former first overall pick Henoc Muamba received his walking papers shortly after the start of free agency. While the Riders’ Most Outstanding Canadian last season was no longer needed in Riderville, he’s coming off one of the best seasons of his career and is likely the most highly-coveted player still on the market.

While Kirby Fabien may have fallen out of favour on a Lions O-line looking to upgrade, the former first round pick should be coveted as a potential inside starter with national status. The 27-year-old started 17 of 18 games last season for the Leos and has played all 18 games in each of his last four seasons.

Versatile defensive back/SAM linebacker Jerrell Gavins tore his ACL late last season, putting his status in jeopardy for the start of training camp this spring. The 29-year-old can fly to the football like few others and will be nice addition to a defence when ready.

He still has to serve a two-game suspension, but offensive tackle Bruce Campbell is one of the best remaining options on the offensive line. The 6-foot-7, 317-pound Maryland graduate is a physical force on the left side of the O-line, last year helping pave the way for a resurgent Riders offence.

While he’s not the ‘biggest’ of names, 32-year-old Brian Simmons had a big year in 2017, starting all 18 games for the Montreal Alouettes on an O-line that otherwise struggled to stay healthy. For any team needing help up front, Simmons is a reliable starter with seven years of Canadian Football League experience.

Coming off a season-ending injury in 2016, Nick Moore returned last year to post 547 yards and two touchdowns in a complementary role for the Lions. The 31-year-old showed he can still be a force catching the football when needed, going off for a career-high 220 yards and a touchdown on July 15 vs. Hamilton. 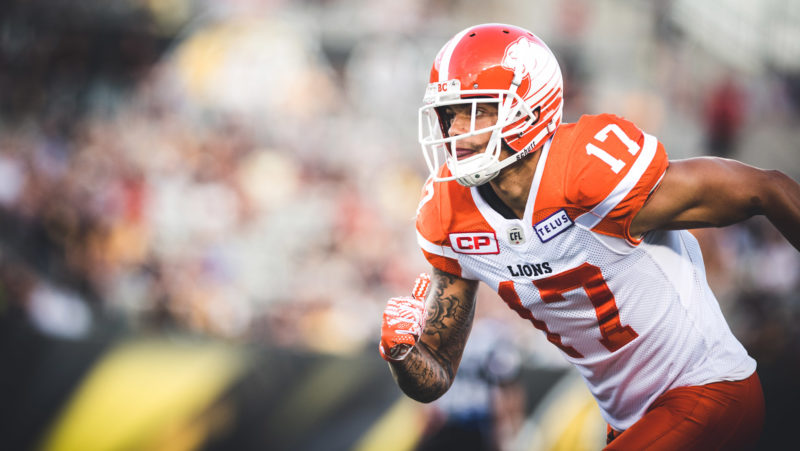 The veteran corner is the last proven defensive back on the market, likely increasing his value in the week after free agency. The 29-year-old has started every season he’s been in the league, and has proven he can stand up to some of the league’s top receivers at the boundary corner.

A number of high-profile free agent receivers signed extensions just before last week’s deadline, leaving that position as arguably the weakest on the open market. Clarence Denmark is one of just a few big names remaining, and the 32-year-old, despite his age, has been very productive of late, recording 1,313 yards and 15 touchdowns in 28 games his last two seasons.

Replaced  by James Wilder Jr. last season, veteran running back Brandon Whitaker still offers value to a CFL offence. The 32-year-old is just removed from his second 1,000-yard season, while his ability as a blocker and a receiver out of the backfield make him one of the league’s most versatile backs.

Kickers don’t usually get the glory but we’re including Brett Maher on the list because he’s the last of the proven kickers available in free agency. Not only does the 28-year-old international have a powerful leg, he’s also consistent, last year connecting on 41 of 50 field goal attempts. He’s 82 per cent over his last two years, including a 58-yard field goal in 2016.

The Stamps’ backup linebacker was very impressive when pressed into action last season, recording 21 tackles, a sack, an interception and two touchdowns over the span of six games. It’s a little curious that Maleki Harris hasn’t landed back in Calgary already, but the 25-year-old is an intriguing young player with upside.

Second-year linebacker Serderius Bryant settled into a starting job for the REDBLACKS late in 2017, starting six of 18 games while making 47 tackles and forcing one fumble. If the 26-year-old isn’t a fit in Noel Thorpe’s defence back in the nation’s capital, he should be competing for a job somewhere come training camp.

With Cody Fajardo going to BC, Everett Golson should have some value as a developmental quarterback in the CFL. A little on the small side, the former Notre Dame star is a good athlete and a strong runner, making him well-tailored for the three-down game. 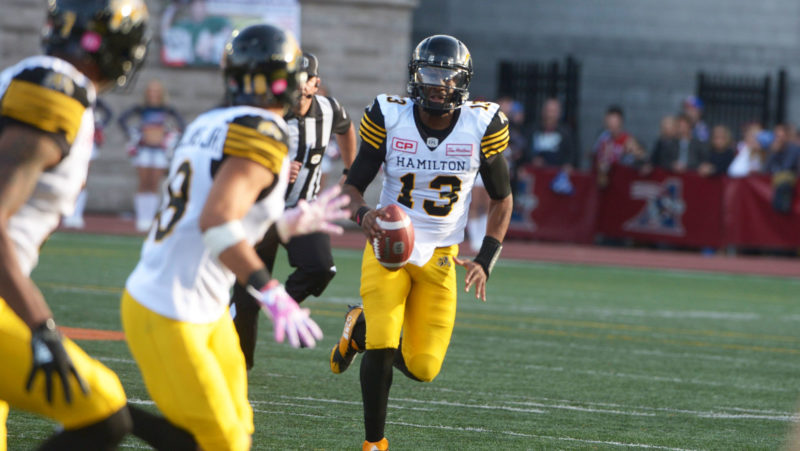 Everett Golson rushed for two touchdowns for the Ticats in the pre-season last year (Peter McCabe/CFL.ca)

The 26-year-old international started six games for the REDBLACKS in 2017, providing injury relief for a hobbled Ottawa O-line. That should give Jake Silas an opportunity to play a third CFL season, with a return to Ottawa still possible.

Defensive backs are at a premium, and Brandon Stewart started 12 of 13 games last season for the Alouettes. The 11-year veteran provides reliable depth with the ability to start where needed.

He played only two games last season for the Eskimos, but 26-year-old Kendial Lawrence has upside as a versatile piece on offence and special teams. He’s a good returner with the ability to play both running back and slotback in a pinch.

Pressed into action for the injury-plagued Eskimos, Alex Hoffman-Ellis had 27 defensive tackles and 10 special teams tackles for the Green and Gold. The four-year veteran is at least a quality backup.

The rare defensive end with a Canadian passport, it’s surprising that Arnaud Gascon-Nadon hasn’t been scooped up. The five-year veteran started 11 of 17 games last season for the REDBLACKS, recording three sacks and eight defensive tackles.

The Riders went out and acquired Zack Evans in free agency, but Eddie Steele should be on the radar for teams in search of a Canadian on the inside of their D-line. The 29-year-old is the best available after starting all 18 games in the middle of the Riders’ impressive front in 2017. 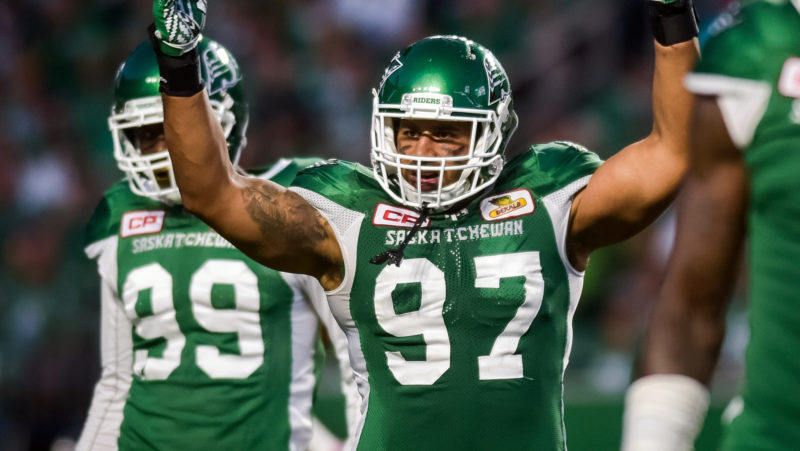 There’s an influx of Canadian interior defensive linemen still on the market, and Jake Thomas is trying to separate himself from the rest of the group after playing all 18 games for the Bombers (making seven starts) and recording four sacks and 21 tackles.

Big defensive tackle Don Oramaisonwu started six of 17 games for Montreal in 2017 as part of a Canadian rotation in the middle of the D-line. The 31-year-old had 13 tackles and a sack in his ninth season in the league.

Playing both guard and centre for the injured REDBLACKS in 2017, Matthew Albright started three of nine games and held his own up front. He’s a nice depth piece and should end up somewhere before camp.

While he’s not a starter, Cameron Thorn has stepped in when needed over his four-year CFL career, playing 63 games for the Lions and Stamps over that span. He’s a veteran backup with a Canadian passport.

After a breakout season in 2016, Michael Atkinson was limited to five games and only one start last year. Rookie Justin Vaughn may have pushed him out of the rotation in Hamilton, but Atkinson will look to find a home somewhere in 2018.

Ticats fullback Carl-Olivier Prime has played all 18 games in each of his last four seasons. While the Laval graduate seldom touches the ball (he had zero carries and only two receptions in 2017), don’t undersell the role of the fullback in the three-down game.