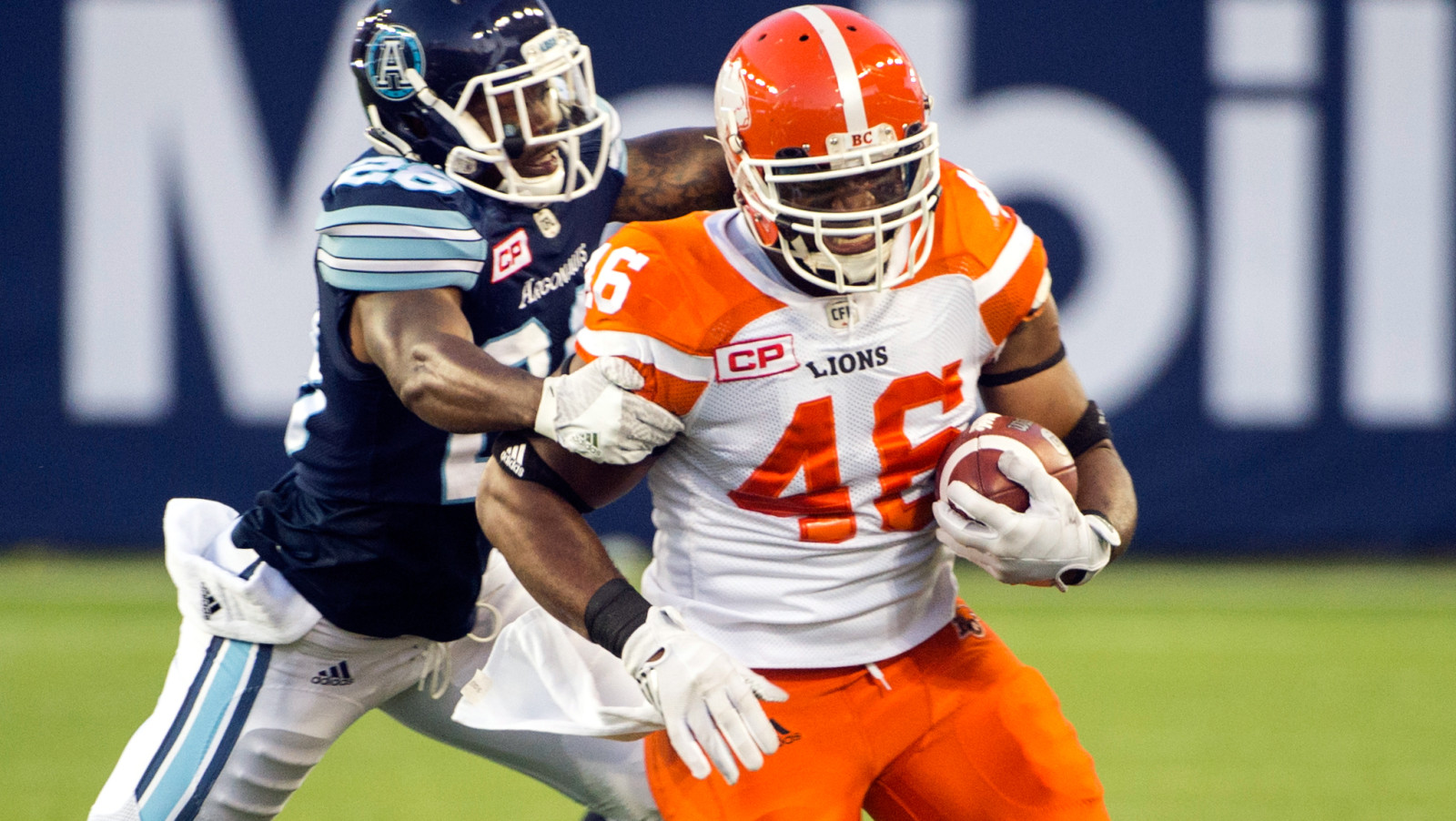 VANCOUVER — The BC Lions announced Wednesday that national fullback Rolly Lumbala has signed a contract extension through the 2019 season.

Lumbala is the Lions’ longest serving player currently on the roster and enters his 11th season of action in 2018. Originally coming to the Leos as the club’s second-round selection in the 2008 CFL Draft, he has appeared in 171 regular season games including a seven-year, 126 consecutive-game run without missing a start.

“Rolly is not only an incredibly durable and valuable part of our club, he’s one of the most respected players in our league,” said head coach Wally Buono. “From the day he joined our organization more than 10 years ago, right up to today as he makes one of his countless school appearances, Rolly exemplifies everything we ask of our players both on the field and in the community.”

The University of Idaho product is one of the CFL’s premier blocking backs and special teams aces having amassed 166 yards and five majors on 42 career rushing attempts and another 464 yards and two touchdowns on 57 receptions.