Under the Radar: Who were this year’s sneaky-good signings? 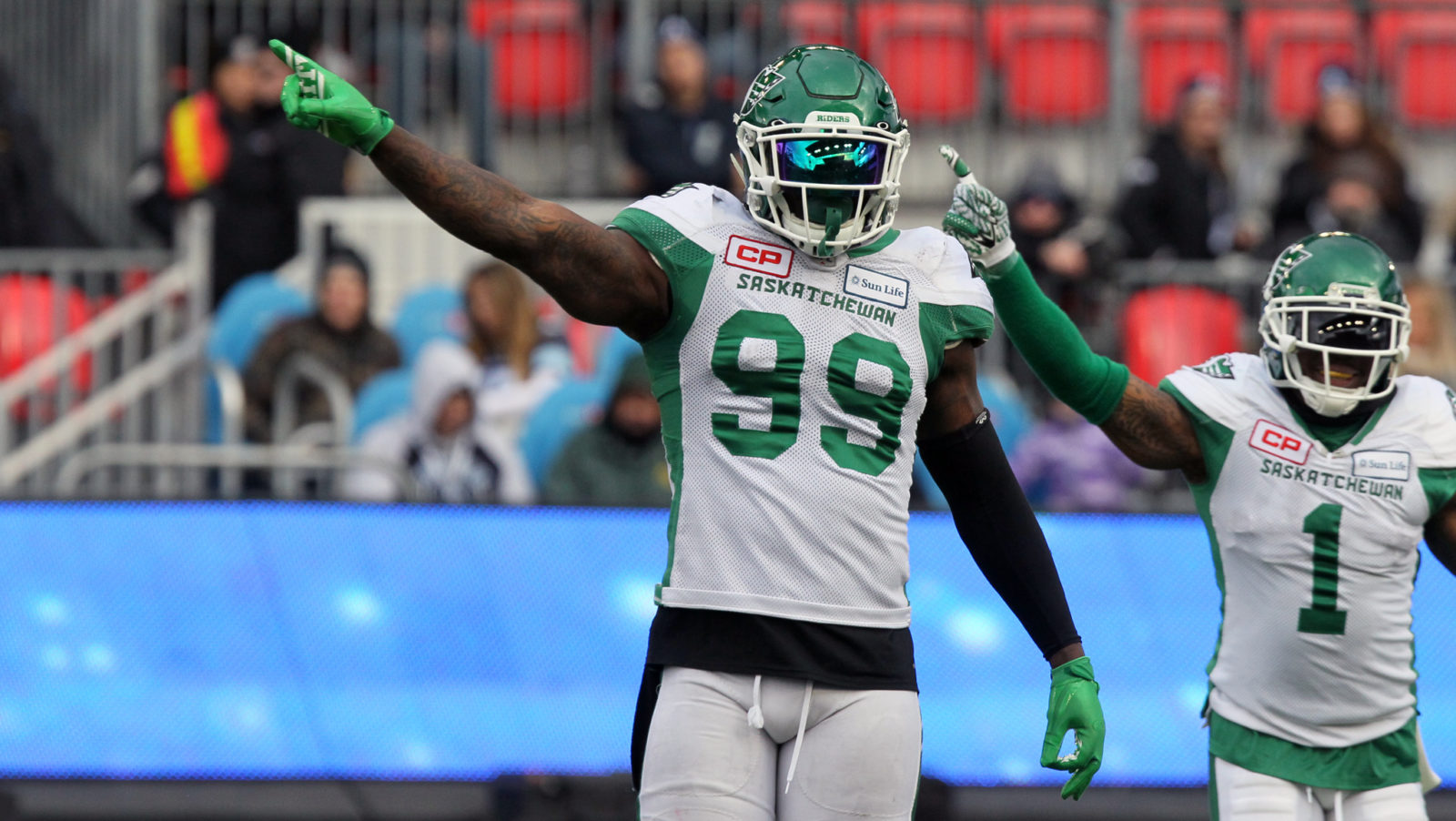 Under the Radar: Who were this year’s sneaky-good signings?

TORONTO — While the dust of this year’s free agent frenzy settles, we’re a long way off from knowing the winners and losers.

There was plenty of big spending over the last week, with some of the CFL’s most well-known names moving about the country. In the end, though, the most successful teams in free agency are the ones that spend their money wisely.

Let’s look at some sneaky-good signings that we aren’t hearing a ton about, but could have a significant impact this season (the list includes only players who have moved to a new team). 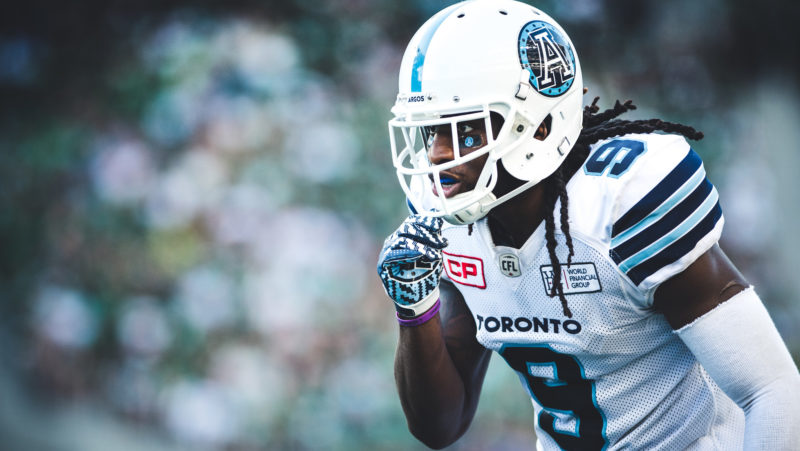 Veteran corner Akwasi Owusu-Ansah is one of a handful of free agents left on the market (Johany Jutras/CFL.ca)

The Lions’ new offensive tackle did not appear high in pre-free agent rankings, but Joel Figueroa is getting some attention after following Ed Hervey to Vancouver. The 28-year-old is considered one of the most dominant tackles out there, anchoring one of the league’s top offensive lines in 2017.

A new-look O-line in BC, impacted by Figueroa, could help the Lions restore their dominant running game of two seasons ago when they finished second in the West.

Zack Evans‘ emergence as one of the CFL’s top interior linemen is no secret, but maybe the 27-year-old was a little overlooked heading into free agency. The Regina native is heading home to the Riders, where he started his career in 2012 before going to Ottawa in the expansion draft.

Chris Jones says he’s had his sights on Evans for a while, as the seventh-year veteran completes an impressive trio of starting defensive linemen in Saskatchewan along with Charleston Hughes and Willie Jefferson.

The addition of Otha Foster helps stabilize a BC secondary that lost some big names through free agency, including Loucheiz Purifoy, Chandler Fenner and Ronnie Yell. In his career, Foster has recorded 184 tackles, six sacks, three interceptions, three forced fumbles and two touchdowns over the span of 54 games.

Foster is a versatile athlete who can fit in at halfback or SAM and play at a high level for Mark Washington’s defence. 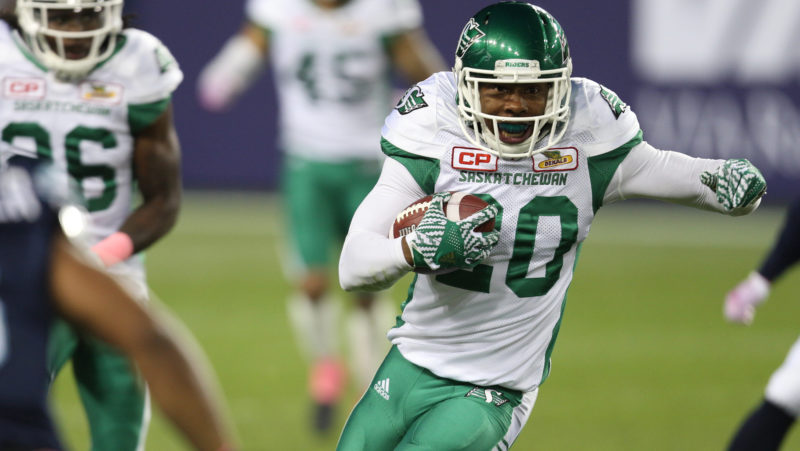 Signing Otha Foster fills one of a few voids in the Lions’ new-look secondary (Geoff Robins/CFL.ca)

Coming off a seven-sack season, Craig Roh will play an important role in a Bombers’ all-American D-line rotation. While Jackson Jeffcoat and Tristan Okpalaugo are the starters, Roh provides depth and the ability to start when needed.

The 27-year-old has recorded six or more sacks in each of his three CFL seasons, including seven last year in BC, making him a good find for Kyle Walters late in free agency.

The addition of Charleston Hughes made converted defensive end A.C. Leonard expendable in Regina, and the Riders’ loss is Marcel Desjardins’ gain. The REDBLACKS may have their best pass-rushing duo since entering the league, with Leonard lining up opposite of Jonathan Newsome.

Leonard is averaging five sacks per season over the past two years, a number that should rise on a Noel Thorpe defence that generally produces high sack numbers for defensive ends.

Released by the Ticats a week before free agency, Emanuel Davis is a nice find for Stamps general manager John Hufnagel. With some change coming to the Stamps’ secondary, Davis is a versatile piece that can play corner or halfback and provide some more veteran stability to the league’s top secondary in 2017.

Davis, 29, had back-to-back five-interception seasons in 2015 and 2016 before playing only six games last season.

One of just a couple of international receivers to hit the open market, Juron Criner will compete for a starting job with the Edmonton Eskimos, the same team that lost Adarius Bowman and 2017 leading receiver Brandon Zylstra.

The 6-foot-3, 220-pound wideout has flashed potential over his two CFL seasons, but was held to just six contests and 201 receiving yards with the Ottawa REDBLACKS in 2017. 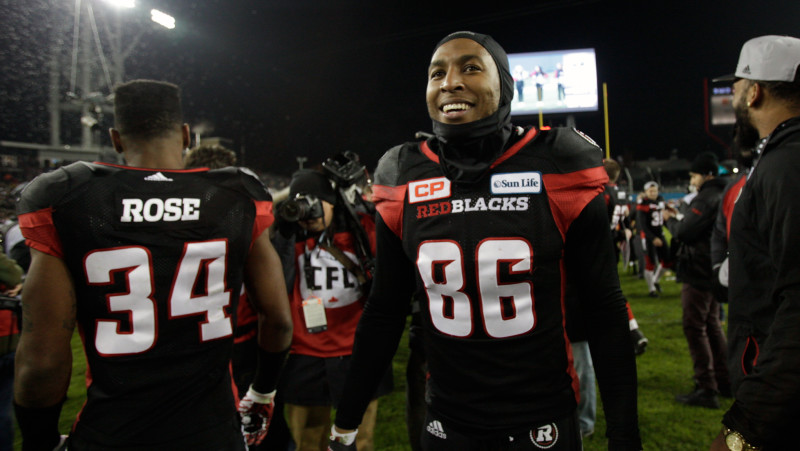 Esks receiver Juron Criner could get to play a key role with his new team (Geoff Robins/CFL.ca)

A marquee free agent in some circles, Chandler Fenner isn’t yet a household name in the three-down game. That could change this season, as the 27-year-old joins a Bomber defence that’s one of the best in the CFL at making big plays.

In his first full season with the Lions in 2017, Fenner recorded 76 tackles, a sack and an interception. His versatility will allow him to play SAM linebacker or halfback in Richie Hall’s defence.

Barring injury to Jonathon Jennings, it’s unlikely the Lions’ new quarterback Cody Fajardo will have an immediate impact on the west coast. However, there’s an upside to the 25-year-old, whose ability with his legs has made him an intriguing CFL prospect.

Expect him to be the third-string and possibly short-yardage quarterback once Travis Lulay is healthy, but perhaps Lions GM Ed Hervey sees some long-term upside in his new signal-caller.

A recent signing and the last name on our list, although it’s in no particular order, defensive tackle Daryl Waud could yield a nice return for Marcel Desjardins and the Ottawa REDBLACKS. A highly-regarded prospect and a second round pick by the Argos in 2015, he was held to just one game in 2017.

The REDBLACKS signed both Waud and Michael Klassen late in free agency and one of them may start in Zack Evans’ old spot on the interior D-line.