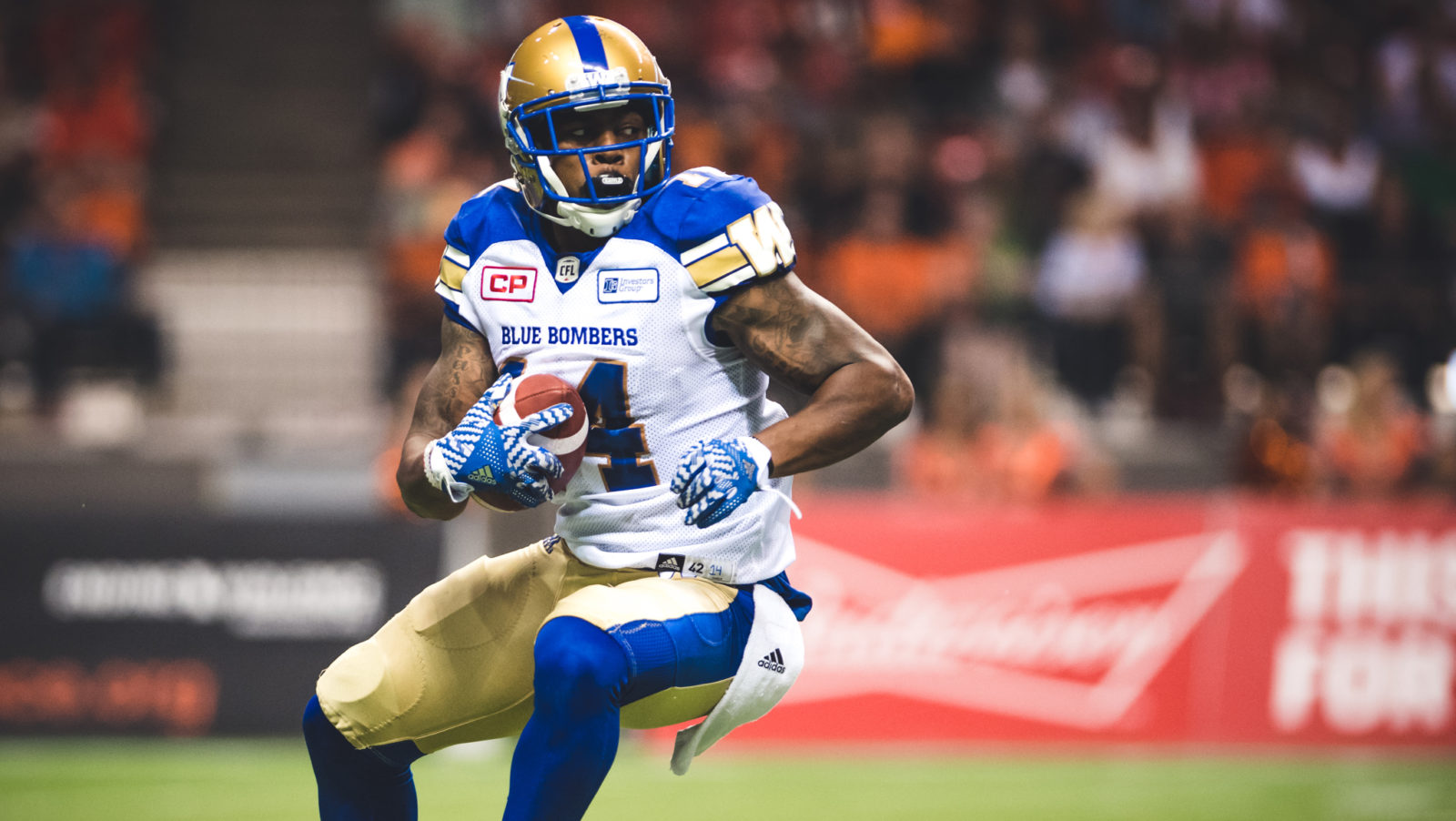 Harrison (6’4 – 330) spent six regular-season games on the Riders’ practice roster after joining the team in September, 2017. Before joining the Riders, the 26-year-old Texas A&M product attended 2017 training camp with the Tampa Bay Buccaneers and played four preseason games with them. Harrison was originally selected by the New York Jets in the 5th round (152nd overall) of the 2015 NFL Draft.

Thorpe (5’11 – 217) will remain with the Riders after joining the team in October and spending the final two weeks of the regular season on the team’s practice roster. The 24-year-old University of Virginia product originally entered the CFL last season with the Winnipeg Blue Bombers. He played six regular-season games with the Bombers, totaling 302 yards on 33 receptions.

Vaughn (6’3 – 305) spent the final eight games on the Riders’ practice roster after signing with the team last September. Before joining the Riders, the 23-year-old Stephen F. Austin product attended 2017 training camp with the Indianapolis Colts and played three preseason games with them.

White (6’1 – 215) will remain with the Riders after spending the final four weeks of the regular season on the team’s practice roster. Before joining the Riders, the 27-year-old Louisiana-Lafayette product played 15 regular-season NFL games with the Carolina Panthers between 2013-14