In Demand: Where will Henoc Muamba land? 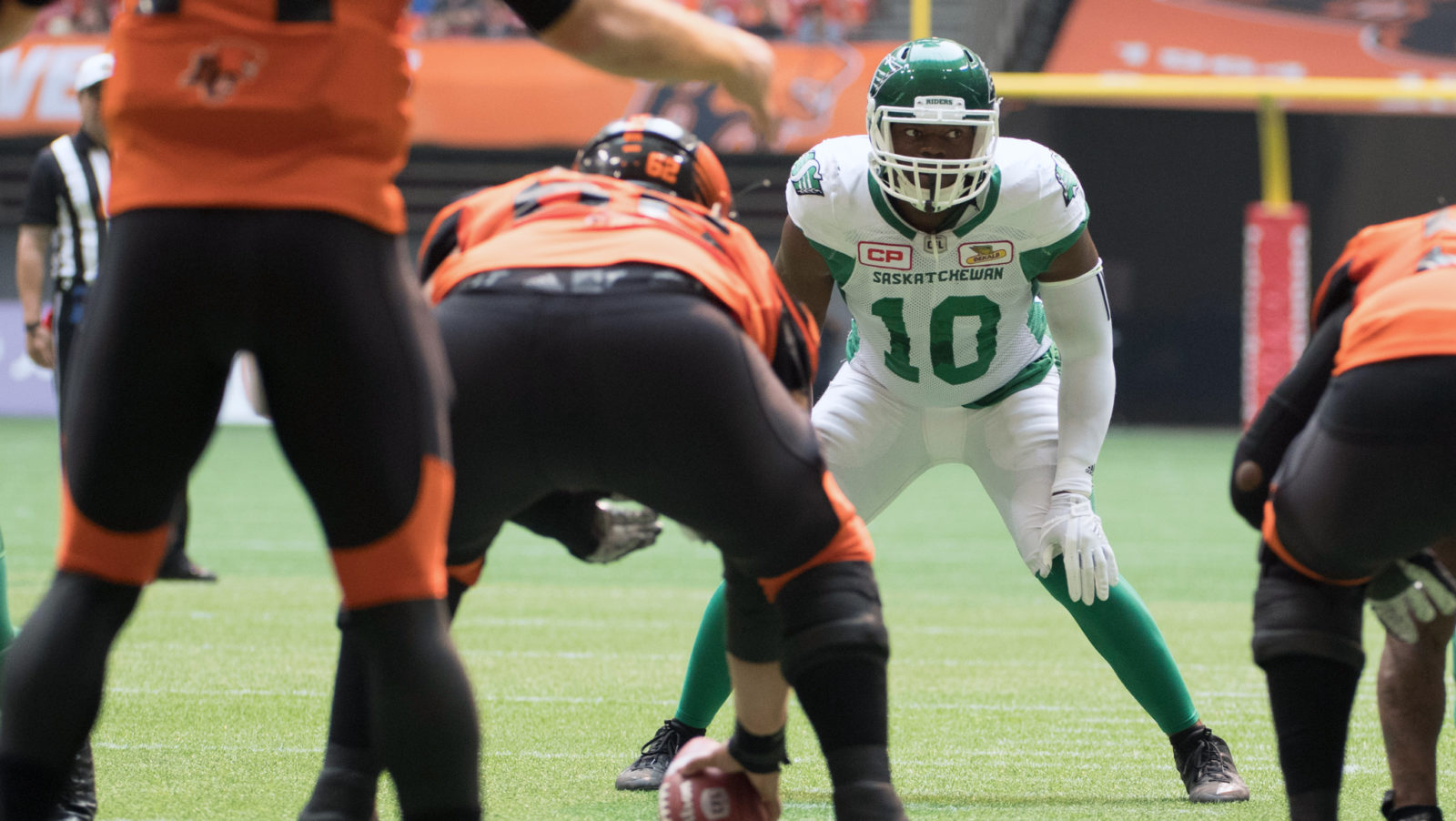 In Demand: Where will Henoc Muamba land?

TORONTO — Henoc Muamba has been a popular name in the two weeks since his release.

The Riders’ Most Outstanding Canadian in 2017 was handed his walking papers after the start of free agency, but it was not an indictment of his play.

Chris Jones felt he could get enough production for less of a cost at the middle linebacker position, helping him manage the cap and the ratio while bringing in big names this off-season like Zach Collaros, Travis Bond and Charleston Hughes.

Now, a diminishing middle linebacker market — Taylor Reed and Bear Woods both signed with the Argos last week — and a Canadian passport both make the 29-year-old Muamba the most coveted player still on the market. 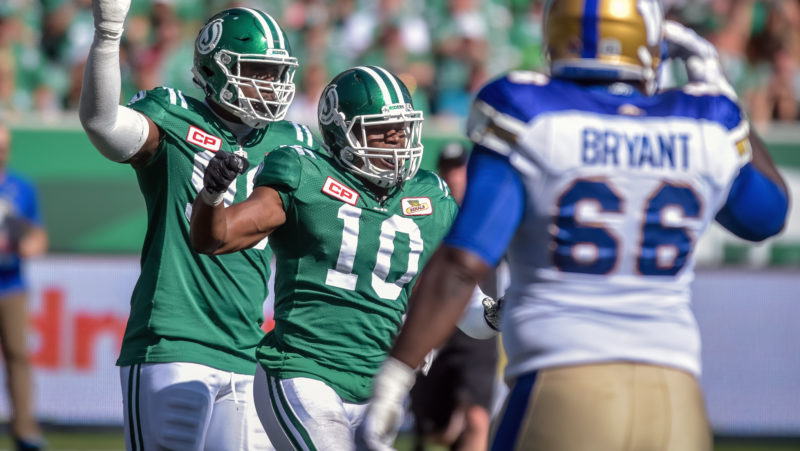 The Als are the latest team rumoured to be in on Muamba, according to 3 Down Nation‘s Justin Dunk, while Bombers GM Kyle Walters has been open about his interest in the former first overall pick.

Expect there to be other suitors, too, when a player of Muamba’s ilk becomes a free agent.

“He’s a quality Canadian starter which in our league puts you at a premium.”

Walters would love to have Muamba anchoring the middle of his defence, but he’s not the only one. Let’s look at the small handful of possibilities:

As Muamba begins considering the possibilities of where he will play in 2018, it’s no surprise the Montreal Alouettes are one of the teams interested. General Manager Kavis Reed has put a premium on Canadian defensive players, with two marquee starters already on his front-seven in brothers Jabar and Jamaal Westerman.

Reed’s plan allows him to play more Americans on the O-line and at receiver, while adding Muamba would provide even more ratio flexibility on a defence that’s been upgraded. Chris Ackie, Dondre Wright and Tevaughn Campbell are other Canadians on that side of the ball that have a chance to start this upcoming season.

Ratio implications aside, Muamba would be the fourth high-impact player Reed has added on the defensive side of the ball in the last two weeks. Jamaal Westerman is a true ratio-breaker as a rare Canadian starting at defensive end, while Tommie Campbell and Mitchell White have completely changed an Alouettes’ secondary that should improve under first-year defensive coordinator Khalil Carter. 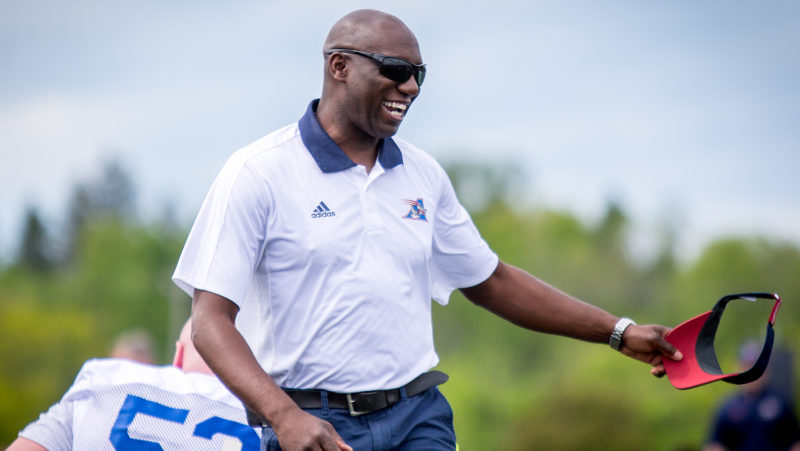 Alouettes GM Kavis Reed has a chance to add another marquee Canadian to his defence (MontrealAlouettes.com)

The first overall pick by Winnipeg in 2011, Muamba could return to where it all started for him in the three-down game. While GM Kyle Walters says none of it has any bearing on what happens, Maumba’s best seasons were in Winnipeg, including a 92-tackle campaign before departing to the NFL in 2014.

The Bombers say they’re content to go into the season with Jovan Santos-Knox as their middle linebacker, if necessary, but Muamba’s leadership and experience would provide an upgrade over both him and the departed Sam Hurl.

It would also impact the ratio. Walters has ratio flexibility as it is, but this off-season has forced change following the departure of Canadian defensive starters Jamaal Westerman and Sam Hurl. At the moment, Taylor Loffler might be the only national penciled in to start on that side of the ball, with Nic Demski and Patrick Neufeld moving into starting roles on offence.

Despite racking up takeaways at an impressive rate, the defence was a focal point this off-season for Walters. He’s added new starters in Anthony Gaitor and Chandler Fenner, who both should make a significant impact, but it feels like Muamba could be the piece that puts Winnipeg over the top.

The need exists for an Ottawa team that’s seen plenty of change on that side of the ball this off-season. Kyries Hebert and Loucheiz Purifoy should have starting jobs locked down, but Muamba could fill the void of departed free agent Taylor Reed, whether it’s at middle linebacker or WILL.

Muamba offers the skill-set to play both positions, which is important in a defence that requires versatility from its players. On that note, it’s also worth noting the connection between Muamba and the REDBLACKS’ new defensive coordinator, Noel Thorpe. Although only briefly, Thorpe coached Muamba during his time in Montreal. 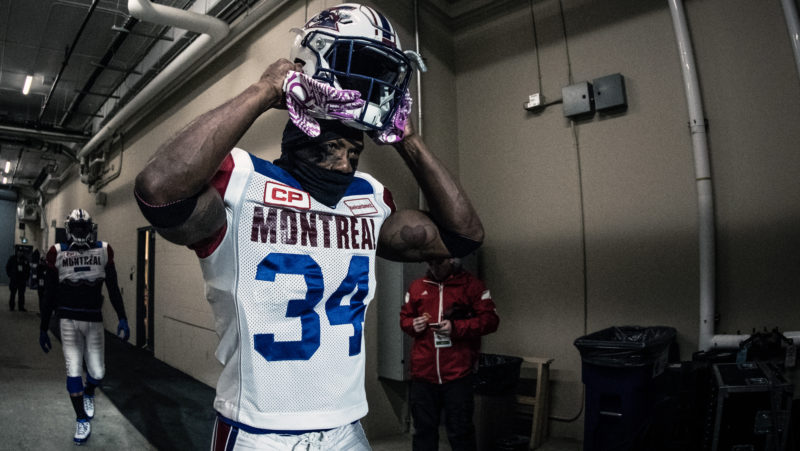 The REDBLACKS have already added a veteran linebacker to their defence in Kyries Hebert (Johany Jutras/CFL.ca)

The question for Marcel Desjardins comes down to whether he’s willing or able to pay the cost of what a player like Muamba demands. Ottawa can start four Canadian offensive linemen plus Brad Sinopoli, Antoine Pruneau and a defensive tackle, possibly making Muamba a luxury that the REDBLACKS can’t afford right now.

Desjardins focused this off-season on keeping his offence together, which didn’t likely come cheap.

A dark horse in the Muamba sweepstakes, don’t rule out the BC Lions. Muamba’s brother, Cauchy, is already back with the Lions, while Ed Hervey has reportedly attempted to court the St. FX grad in the past. But those two factors are only minor in why Muamba and the Leos are a good fit.

With Hervey looking to start two Americans on the O-line, Muamba would provide more flexibility on the defensive side of the ball. There’s also a positional need following the departure of WILL linebacker Micah Awe to the NFL this off-season.

On the other hand, can the Lions afford another big contract in their linebacker corps? Solomon Elimimian is one of the top linebackers in the CFL and just signed a new deal to remain with the club through 2019. The Lions have also been busy in free agency, signing Joel Figueroa, Euclid Cummings and Otha Foster, among others.

With that said, it’s hard not to get excited about a Muamba-Elimimian duo. Hervey has focused his off-season efforts on the offensive and defensive line, and with the D-line just about set, Muamba would round out one of the most formidable front sevens currently in the three-down game.