Free agency helped bolster the trenches in BC 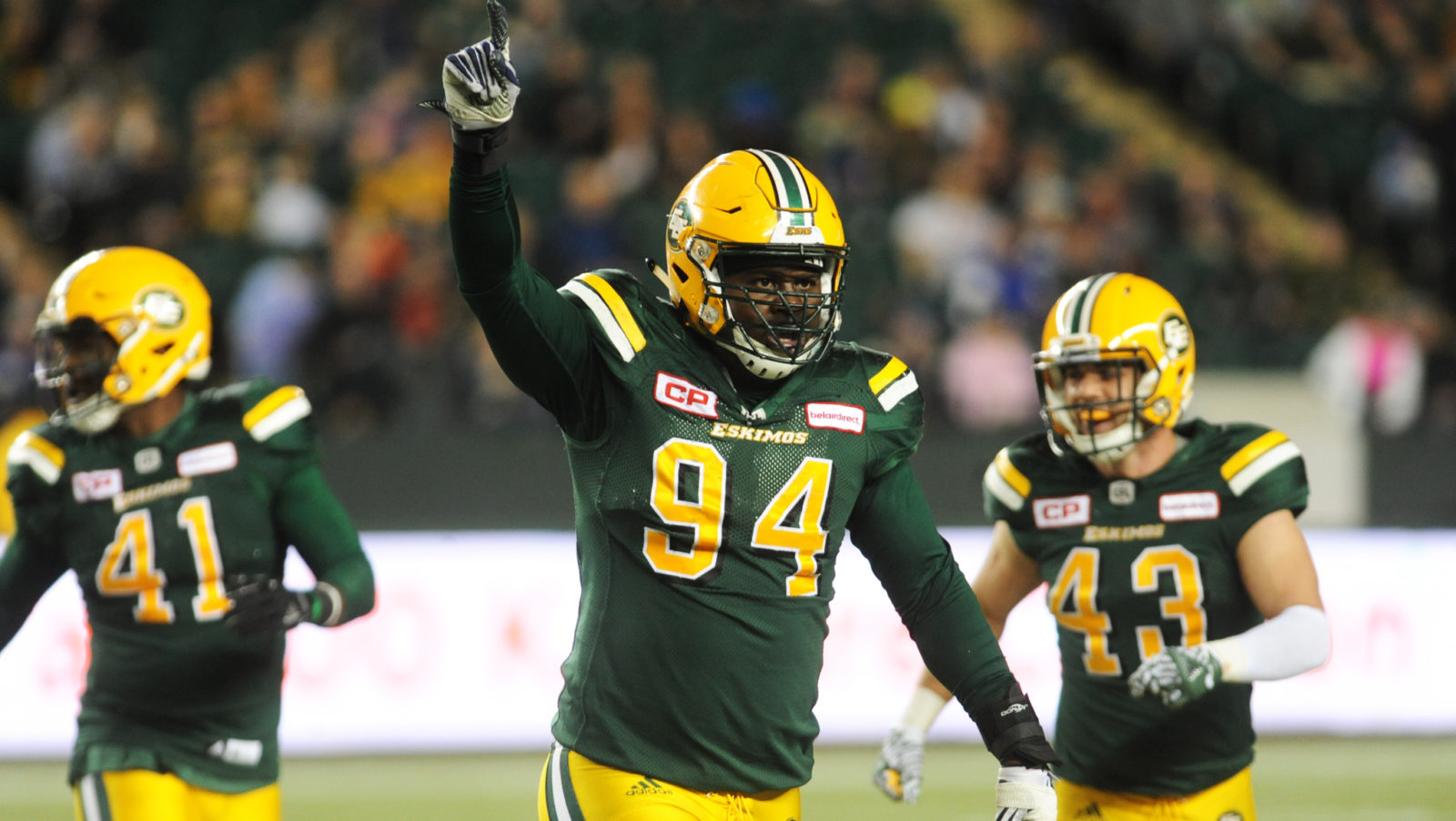 Free agency helped bolster the trenches in BC

VANCOUVER — For BC Lions general manager Ed Hervey, free agency was the perfect opportunity to beef up both sides of his team’s line of scrimmage.

The Lions struggled on both the offensive and defensive line in 2017 as the team finished at the bottom of the West Division (7-11) – their worst finish in recent memory. They sat in the basement of the league in sacks allowed (49) and were near the bottom of the league in sacks made (28). The only two teams that got to the quarterback less were Saskatchewan (27) and Montreal (25).

So when Hervey saw that two former Edmonton Eskimos on either side of the line were available when the free agency period opened on February 13, the first-year GM pounced on the opportunity to sign them both.

Figueroa was an anchor on the offensive line in Edmonton last season that allowed the least amount of sacks in the league (29). In his second season in Edmonton, he played in and started all 15 games and quickly became known around the CFL as one of the best in the business.

“I think he’s (Figueroa) one of the more underrated offensive linemen in the league,” Hervey said. “And I was quite pleased the last few weeks when he was flying under the radar and no one was talking about him. He can play left and right tackle, he’s extremely physical, he’s smart, he’s passionate about the game. The last couple of years he’s been Edmonton’s best tackle by far in my opinion and for him to be available was quite a surprise.”

Familiarity between Figueroa and Hervey was a factor in the six-foot-six, 320-pound lineman’s decision to join the Lions.

“Ed’s work, knowing what he’s done when I was in Hamilton before I went to Edmonton, he was a guy that helped build that program up,” Figueroa told BC Lions.com. “I see a lot of good things and I think BC has a lot of good pieces. I feel like (they’re) going in the right direction and I felt like this was the perfect fit for me.” 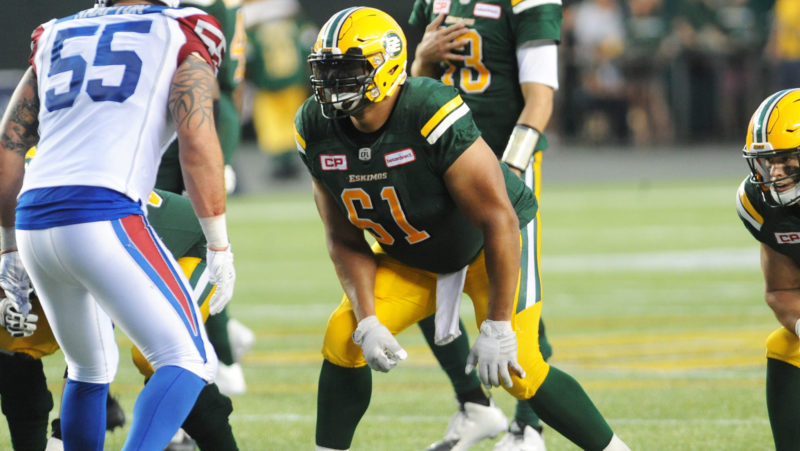 Figueroa will make an impact on protecting the quarterbacks in BC this season (Walter Tychnowicz/CFL.ca)

Cummings, another former Eskimo, tallied eight sacks in 2017, which was tied for the team lead. He also collected 21 tackles and three forced fumbles in 16 games. Before joining the Esks, the 26-year-old spent time with the Winnipeg Blue Bombers (2016) and Toronto Argonauts (2014-2015). The addition of Cummings will add a high-motor, explosive pass-rusher to the interior of the Lions D-line, something that the Lions may have been missing last season.

“Euclid is disruptive on the front,” said Hervey. “He’s physical against the run, he’s active against the pass, he has the ability to get to the quarterback. But he plays every down. Having him available during this free agency was big because it addressed our concerns on the defensive line, primarily on the interior, and we feel by adding him he gives us not only depth but a disruptive player whose upside is shooting upwards.”

Even before free agency, BC’s defensive line was addressed. In December, the Leos traded away speedster Chris Williams to the Montreal Alouettes in exchange for defensive end Gabriel Knapton. In early February, BC acquired D-end Odell Willis in a trade with the Ottawa REDBLACKS.

Knapton, who played all four seasons of his career with the Alouettes, collected 38 tackles and three sacks in 17 games last season. While Willis, a nine-year veteran, tallied 22 tackles and eight sacks in 16 games.

With Knapton and Willis slotting in on the ends and Cummings on the inside to go along with Figueroa adding size and skill to protect the quarterback, Hervey has to be pleased with his defensive line rotation and his offensive line heading into the 2018 season.

“I remember I told my wife, ‘we’re going to be pretty good up front,’ Knapton admitted. “I know these guys have the same mindset that I do coming in to camp. We’re all business, ready to get after it. I’m ready to meet my teammates and show them what I have to offer.”