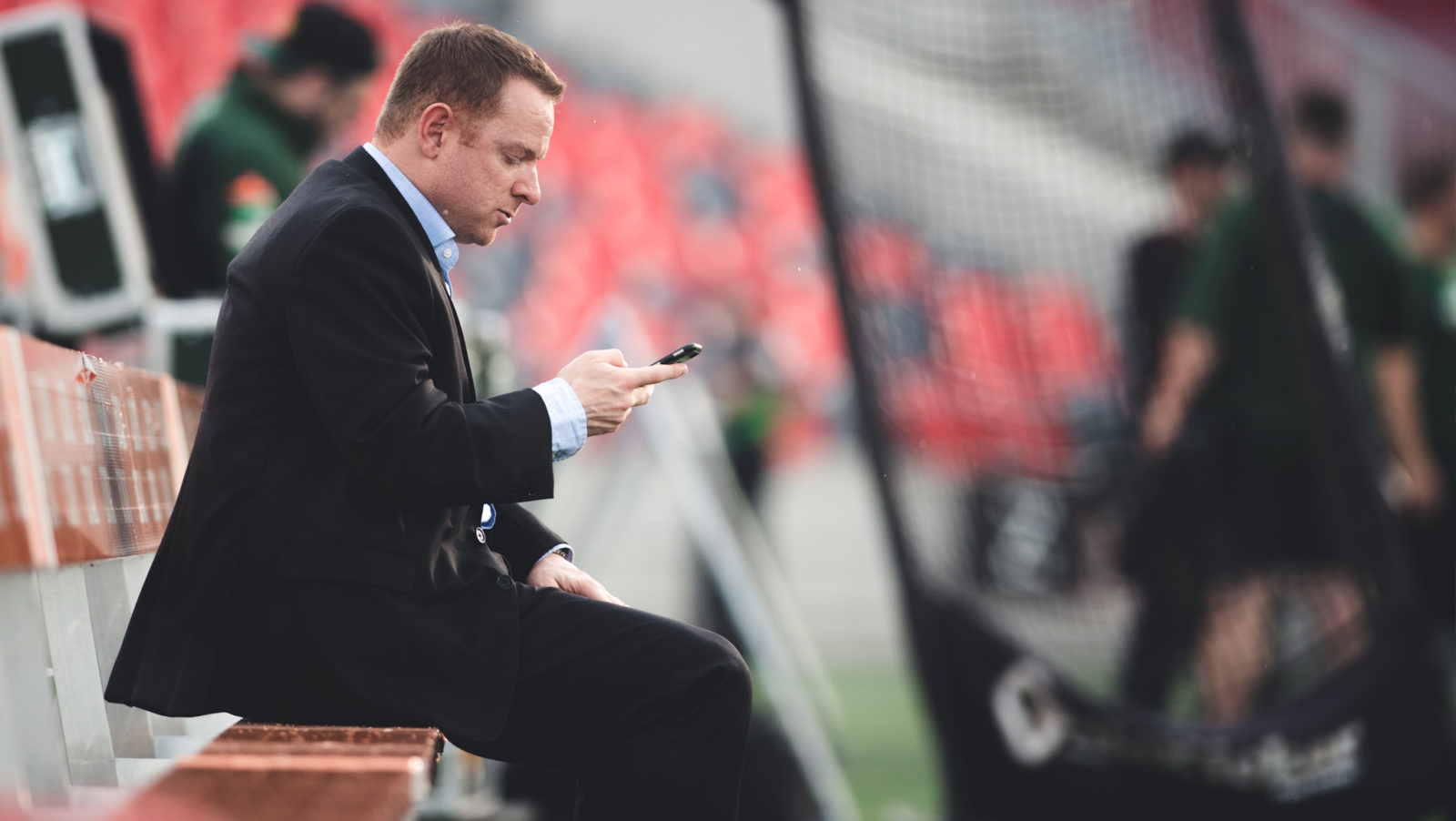 EDMONTON — A relatively quiet off-season has been music to the ears of second-year general manager Brock Sunderland.

The Edmonton Eskimos were on the cusp of appearing in the Grey Cup last November, overcoming a mass of injuries on the way to a 12-win season. That was enough to convince Sunderland that things should stay close to the way they are.

“You want to get enamoured and try to win a Grey Cup in February,” Sunderland said during free agency, when several of the league’s biggest stars changed teams. “Our philosophy is we like who we have. We have a very good locker-room, we have a good team. Our focus we had was keeping those guys here.”

In a league with so many one-year contracts, the continuity seen in Alberta should be applauded. The Stamps have had it over the years and now so do the Eskimos, who have made sure key contributors like Adam Konar, Johnny Adams, Aaron Grymes and Forrest Hightower are all back in 2018.

Those four pieces all come on the defensive side of the ball, giving veteran coordinator Mike Benevides a chance to build on last year’s success when the Eskimos were third in the CFL in yards allowed (341.6) and second in passing yards given up (264.1).

The only real change has come on the D-line, where the Eskimos have gotten younger and arguably faster. Veteran Odell Willis was traded to BC after five seasons and 46 sacks with the club, while Phillip Hunt and Marcus Howard was released. Inside man Euclid Cummings (BC) was allowed to leave through free agency.

The emergence of 2017 rookie Kwaku Boateng gives the Eskimos a true ratio-breaker at defensive end, with the fifth-round draft pick racking up four sacks in one start. He’ll be a full-time starter opposite big-name free agent add Alex Bazzie, who the Eskimos believe will be one of the most dynamic pass-rushers in the three-down game.

“One thing that really sold me and Jason on him was we watched four consecutive plays and he had a different move on four in a row, and he won on each one,” Sunderland, asked about the decision to sign Bazzie, told Esks.com. “And the other thing was pulling up the NFL Hall of Fame Game when it was the Cardinals vs. the Cowboys last year. He was walking back NFL offensive linemen — he had seven solo tackles, he had multiple pressures.

“We think we got a dynamic pass rusher who’s 27 and we think his arrow is still up.”

For a defence that made significant strides in 2017, that unit is positioned for another step forward.

Things are different on offence. The CFL’s top-ranked unit last year (406.8 yards per game) has lost some key pieces, from Joel Figueroa on the O-line to Adarius Bowman and Brandon Zylstra at receiver.

Figueroa’s loss is unheralded, as the veteran tackle is believed by some to have been the Eskimos’ best offensive lineman in 2017. The 28-year-old followed Ed Hervey to BC, leaving a hole on the offensive line. American Colin Kelly likely moves over to left tackle, while the club could look to start a Canadian at right tackle or open up the competition to another American. 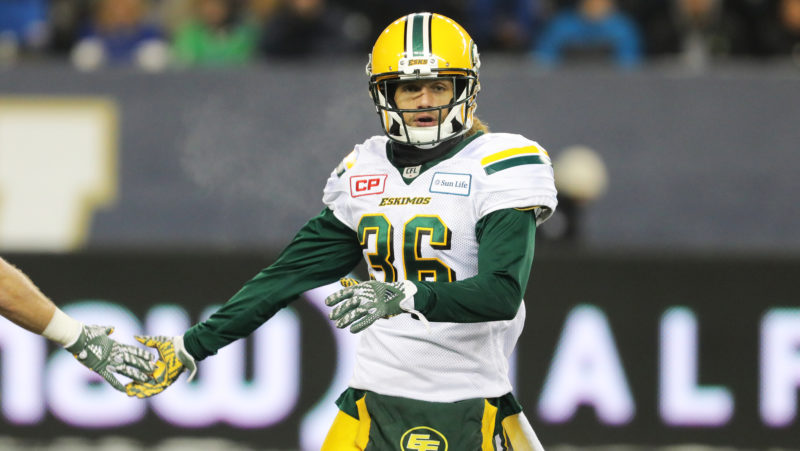 Aaron Grymes is among returning defenders for the Eskimos going into 2018 (Jason Halstead/CFL.ca)

The Eskimos also lost the CFL’s leading receiver last year in Zylstra, who left for the NFL, and a fan favourite in Bowman, who was released. That will test the group’s depth, with younger receivers D’haquille Williams and Bryant Mitchell expected to step up behind the de facto No. 1 in Derel Walker. Veteran Vidal Hazelton and free agent addition Juron Criner should also play a role.

Concerns at receiver are somewhat nullified by the presence of 2017 Most Outstanding Player Mike Reilly. Reilly was able to stay through 18 games, putting together the best season of his CFL career. He is backed up by veteran Kevin Glenn, who signed following the departure of James Franklin to Toronto.

The Eskimos are also deep at the running back position, where C.J. Gable returns as the starting running back. Gable was one of the most productive backs in the league after coming to Edmonton via trade, and will be supported by returning veterans John White and Travon Van, both of whom re-signed.

At the end of the day, Sunderland should be quite happy with the way free agency has unfolded for the Eskimos. Despite some questions, the Green and Gold should be in the mix for a championship come November.