Are the younger, new-look Stamps still the favourite? 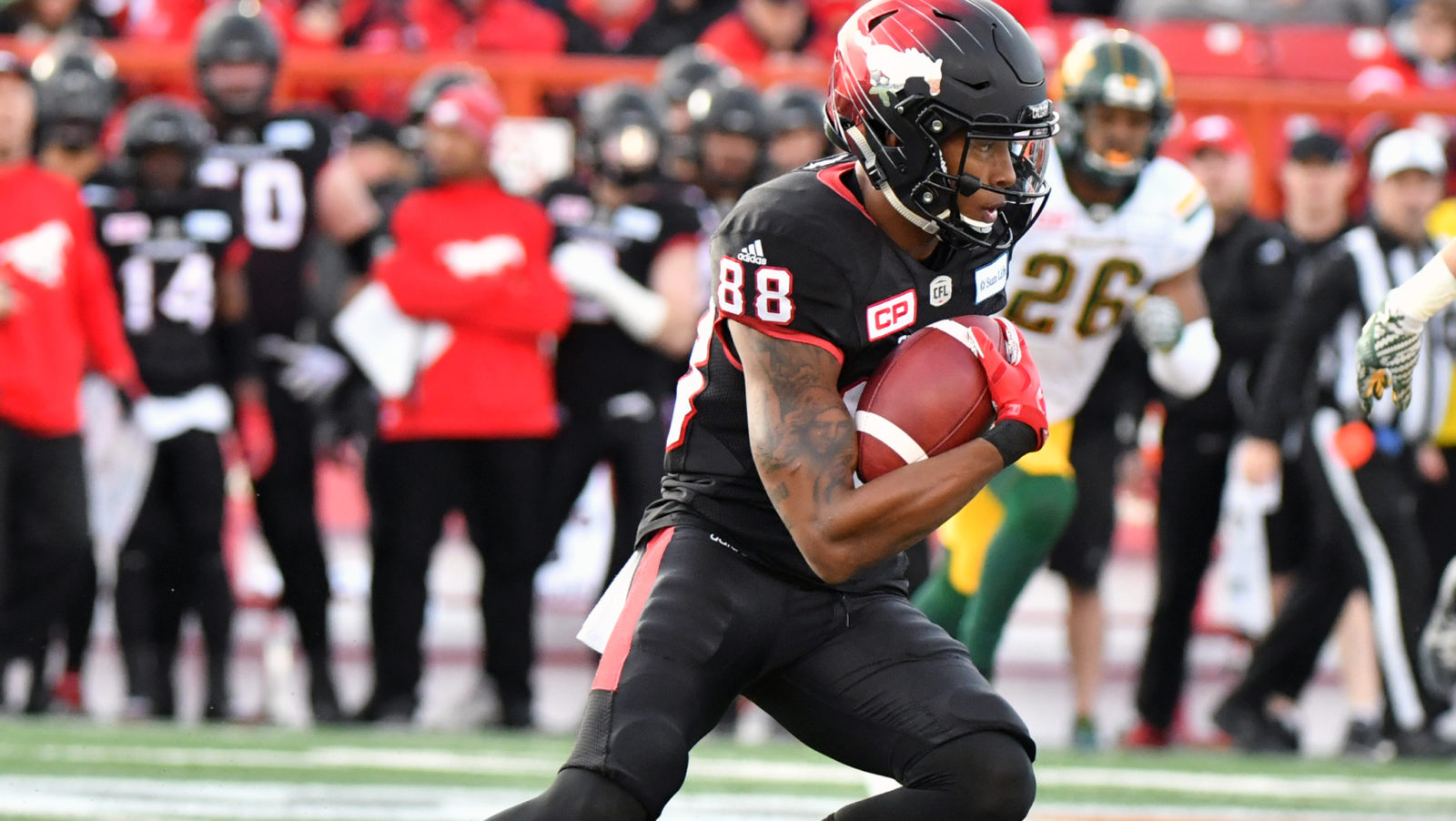 Are the younger, new-look Stamps still the favourite?

The team that has averaged 3.4 losses per season the last five years has been busy this off-season, shaking up a core that’s enabled back-to-back Grey Cup appearances.

Yet despite losing some key players, including veteran stalwarts Charleston Hughes and Josh Bell along with shutdown corner Tommie Campbell, the Stampeders have shown little reason to doubt them in 2018.

Stamps general manager John Hufnagel says there was no deliberate effort to get younger, but the youth movement in Calgary is clearly prevalent.

“There wasn’t a conscious effort of us to say ‘hey, we’ve got to get younger’,” Hufnagel told Stampeders.com. “Before free agency started there were a few players that were priorities. Fortunately we were able to sign four of the five; Tommie decided to look elsewhere but I was very pleased that we were able to get Jamar Wall and Ciante Evans, Roy Finch and DaVaris Daniels all signed up.”

The result is the outlook of a team that looks younger and, on the heels of back-to-back Grey Cup losses, hungrier than it’s ever been.

Despite some departures, the story of the Stampeders’ off-season is one of continuity and the organizational depth built by Hufnagel and his staff during their time here. Because even without making any over-the-top signings in free agency — Ese Mrabure, Derek Dennis and Emanuel Davis were the team’s top pickups — the Stampeders are equipped to overcome their losses.

At defensive end, where Hughes, the CFL’s second-active sack leader, resides, the Stampeders can rotate Ja’Gared Davis, James Vaughters and Cordarro Law. At safety, 2017 draft pick Adeleke has proven he can fit in for Bell, changing the Stampeders’ ratio. At running back, Terry Williams has shown flashes he can be a dynamic running back, scoring three touchdowns in his debut last season.

At receiver, Daniels, Jorden, Michel and Reggie Begelton make up one of the most dangerous and underrated receiving groups in the three-down game, which also includes talented Canadians Juwan Brescacin and Lemar Durant.

Those are all examples of the flexibility provided by Calgary’s impressive depth, not to mention an O-line that boasted as many as seven potential starters before the acquisition of former Most Outstanding Offensive Lineman Derek Dennis. 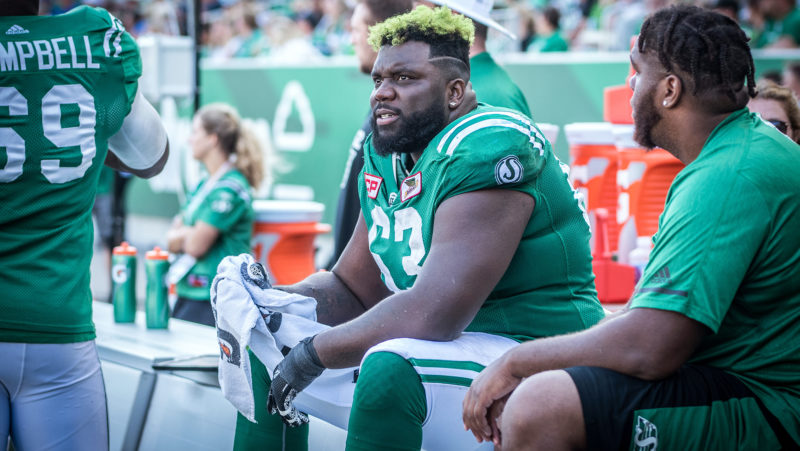 Derek Dennis returns to his old team after spending a season with the Riders (CFL.ca)

These should be driving forces behind a 2018 campaign that may just end with red and white confetti all over their rival’s field in November.

Another will be the health of the pass-thrower from Katy, Texas. Mitchell, when asked about it, shrugged off his injured shoulder throughout the regular season, but something about the former Most Outstanding Player just didn’t look right. The Grey Cup-clinching interception was an example.

Look for Mitchell to come out healthy and with something to prove in 2018. Look for the Stamps’ offence to attack vertically with their athletic receivers.

Grey Cups aren’t won on paper. But at this point in the off-season, with the first game still more than three months away, paper’s all we’ve got. The Stamps look pretty good.