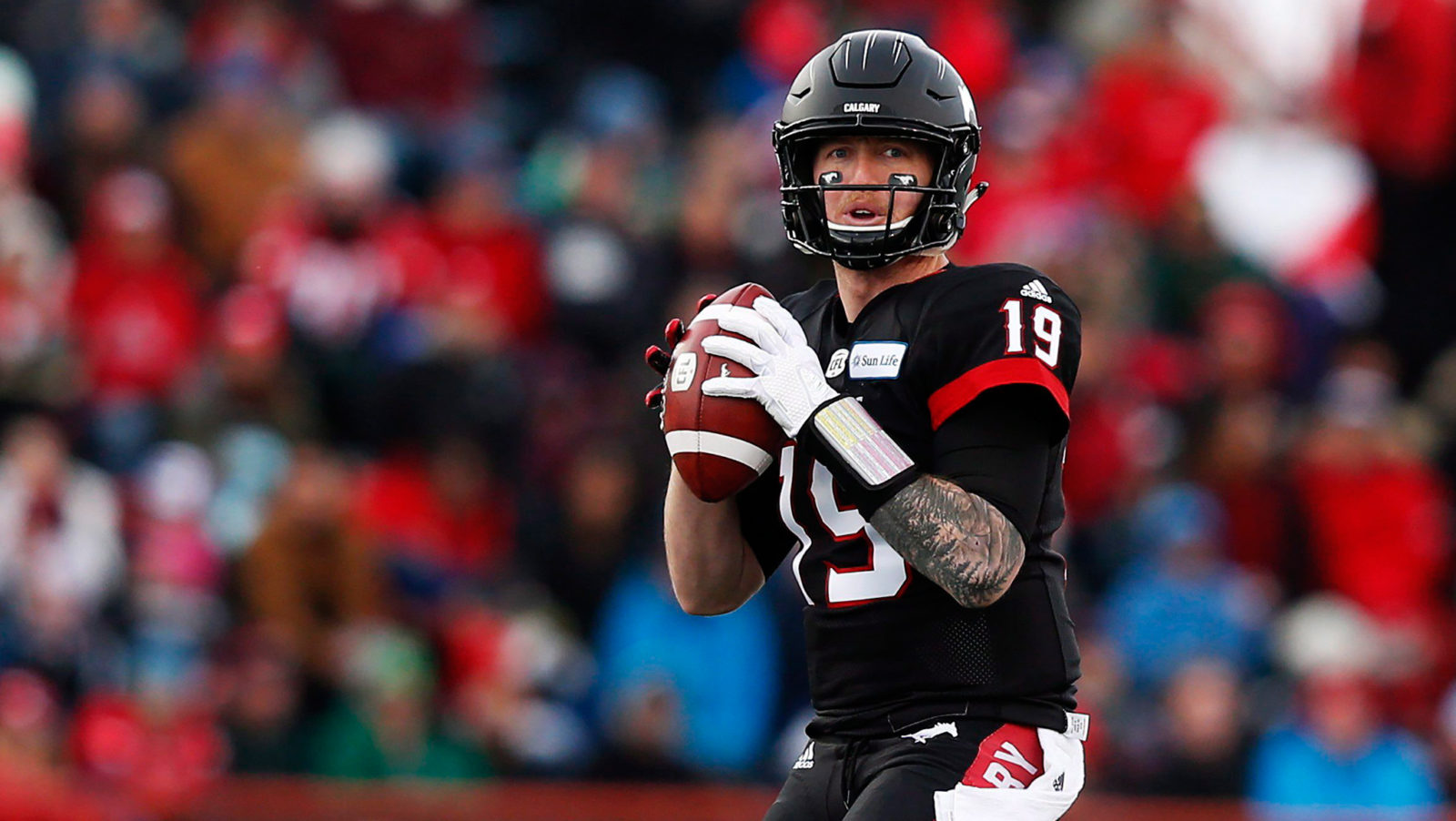 TORONTO — The regular season is still months from beginning and any sports fan knows that games can’t be won on paper.

But after the dust has settled after the opening of the free agent market in February, some teams have addressed needs even before they hit the field.

Where did each team land? Find out in this early version of the Nissan Titan Power Rankings:

With depth at almost every position, GM John Hufnagel didn’t have to do a lot this off-season with his roster. In with the new out with the old was the motto, as the Stamps parted ways with Jerome Messam and Charleston Hughes and added Ese Mrabure while also re-signing Roy Finch. Will a younger-looking Calgary squad be able to continue their dominance over the Canadian Football League in 2018? At this point it is tough to say otherwise.  Indeed they have failed to win the big one in consecutive seasons but a power-house in the west remains just that until they aren’t.

Despite losing two receivers, Adarius Bowman and Brandon Zylstra, the Edmonton Eskimos are still the second ranked team on this early version of the Power Rankings for a number of reasons. Mike Reilly has up-and-coming pass-catchers to throw to and three proven running backs, including C.J. Gable, who will be one to watch in his first full season in Edmonton.  They were the hottest team in the league heading into the playoffs and not only did they get younger but also more athletic along the defensive line.

If he remains healthy, Zach Collaros could be the final piece of the puzzle to set the Riders over the edge in 2018. the Riders were already a contender last year and with consistent play at quarterback, Collaros could give them something they lacked last season. With Jerome Messam in the back field, and the plethora of receivers the team already has on tap, Saskatchewan has the potential to have one of the best offences in the CFL.  Not to mention a versatile and athletic set of defenders that will be coached up by one of the league’s best at his craft.

Often the reigning Grey Cup Champions carry over into the No. 1 spot without losing too many pieces. Without taking anything away from the champs, they were a 9-9 team last season that made the right plays at the right time to win a cup. How much can they relay into steady play week in and week out? Back is James Wilder after a very public contract dispute and for the first time in many years they have young depth at quarterback.  It’s Toronto’s defence that could steal the show next season, however, as the team boasts one of the strongest linebacker corps in the league and ball-hawk T.J. Heath was added to their secondary.

The Bombers added a few depth pieces to their roster during free agency, including Winnipeg natives Nic Demski and Kienan LaFrance. The addition of Adarius Bowman will add another target for Matt Nichols as the Bombers finished 2017 with their best record in recent memory. The loss of Heath could be a factor and as much as they have improved in the off-season, so too have those around them.

A new leader on the defensive side of the ball might be what sets the REDBLACKS over the edge in 2018 as Noel Thorpe joins Rick Campbell’s coaching staff as defensive coordinator. The REDBLACKS added a few new pieces on their defence during free agency including defensive end A.C. Leonard, defensive back Louchiez Purifoy and linebacker Kyries Hebert.

The roster that led the Tiger-Cats to a 6-4 record down the stretch last season is almost completely intact as Hamilton looks ahead to the 2018 season. Will that be enough for the Tabbies to make the playoffs or will they miss the post-season for the second year in a row?

Ed Hervey addressed the offensive and defensive line issues the Lions struggled with in 2017 by adding a couple pieces this off-season. Joel Figueroa and Jeremy Lewis were added on the offensive side of the line of scrimmage while Euclid Cummings and Odell Willis were added to the defensive side. There are a number of reasons to say that the Lions — based on their off-season work alone — could be significantly better than last year but until the live reps start and the likes of Jonathon Jennings answer the skeptics, it is hard to put them higher than this.

The Alouettes did address its defence during free agency – Tommie Campbell, Mitchell White, Tevaughn Campbell and Joe Burnett were all added to the team’s secondary and Jamaal Westerman will join the defensive line – but questions at the quarterback position remain unanswered. Will Josh Freeman or Drew Willy lead the Alouettes out of the bottom of the East Division?