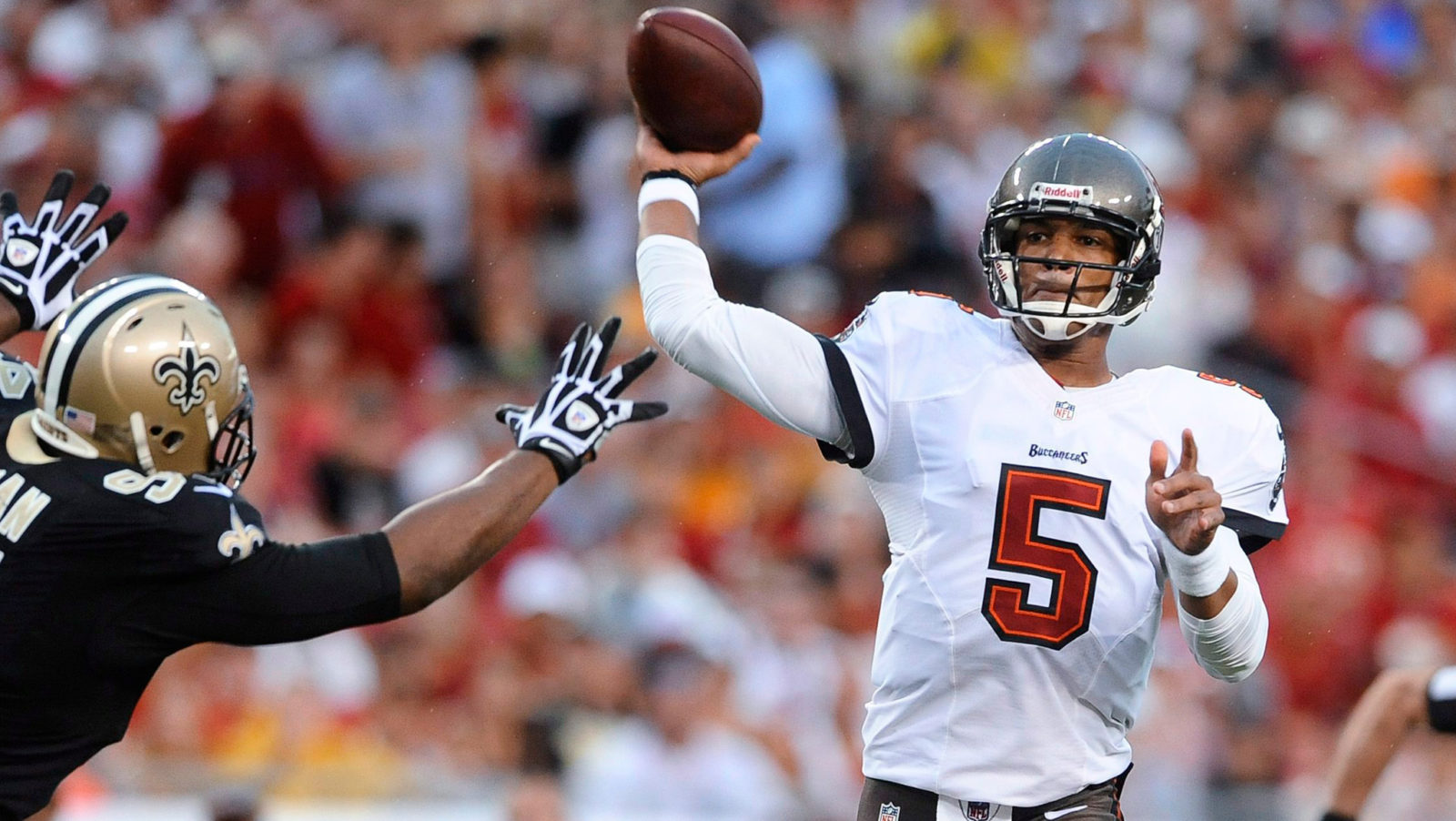 Add another name to the list of National Football League quarterbacks attempting to resurrect their career north of the 49th parallel.

In two months, all eyes will be on Josh Freeman, a former NFL first round pick trying to stick with the Montreal Alouettes of the three-down game.

You might remember Freeman in the NFL, where he was once considered one of the better up-and-coming young quarterbacks in football, leading the Tampa Bay Bucs to a 10-6 record and throwing 25 touchdowns to just six interceptions in 2010.

There is a well-documented history of NFL quarterbacks struggling to find success in Canada, but what’s unique about Freeman’s situation is that he’s played at a high level in the NFL, starting for several years before venturing here, to the Montreal Alouettes.

All of it makes for quite the plot when the Als open camp this spring at Olympic Stadium.

The fit is a good one for both sides. Freeman wants to resurrect his career as a professional football quarterback. The Als have been looking for an answer under centre since Anthony Calvillo retired in 2013.

To his credit, so far the 30-year-old has said all the right things.

“I still have a lot of learning to do,” Freeman told the team’s official website, MontrealAlouettes.com. “I’m trying the best I can to familiarize myself with the rule book, the speed of the game, the different motions, the fast pace, movements of the game.

“Really, until we start getting into the playbook and into things like that, it’s going to be tough, so [I’m] just trying to understand the game from a baseline level — that’s really what I’ve been working on.”

And so continues what’s been a fascinating case study for professional football. Why is it that American quarterbacks, who come to the CFL in their late-20s to early-30s, struggle?

Almost all of today’s star quarterbacks in the CFL also came from the NFL, but usually under the age of 26. Bo Levi Mitchell was 22 when he arrived in Calgary. Mike Reilly played for four NFL teams, but was 25 when he arrived in Vancouver. Same for Trevor Harris.

All of them had one thing in common: they came at a young age, and all of them had a chance to sit and develop and learn the Canadian game.

Ryan Lindley is the most recent example of a quarterback who came from the NFL, played in his first CFL season and struggled. The former Arizona Cardinals pivot, who started an NFL playoff game, stepped in for Trevor Harris and completed 40 of 81 passes for 391 yards, a touchdown and three interceptions. Lindley is currently 28 and looking for a new team after being released this month.

The Alouettes went down a similar path with Troy Smith, a former Heisman Trophy winner who played with the NFL’s Baltimore Ravens and San Francisco 49ers. The Als were a little more patient with Smith, but the former Ohio State star failed to complete 50 per cent of his passes (49.8%), finishing his CFL career with 13 touchdowns and nine interceptions.

Akili Smith, John Beck, Max Hall and Mike McMahon are other notable NFL quarterbacks who have tried the Canadian game, and who could forget Vince Young‘s failed comeback bid last year, which started with a bang but ended with a whimper after an injury suffered in camp.

Henry Burris and Doug Flutie played in both leagues and enjoyed stellar careers on this side of the border, but both were in the CFL at a young age.

With the Als’ quarterback situation in Freeman, I’m immediately reminded of Cleo Lemon. After 379 passing attempts in the NFL, Lemon came to Argos in 2010, winning the starting job under then-head coach Jim Barker. With the help of a strong defence and some opportunistic special teams, Lemon helped the Argos return to the playoffs and even reach the Eastern Final.

Lemon proved that patience is required in these instances, showing steady progression throughout his season and a half in Toronto. But it all ended when the former Miami Dolphin was seen mocking backup quarterback Dalton Bell on the sideline after being pulled in a game vs. the BC Lions. Lemon was released and never heard from again in the CFL. 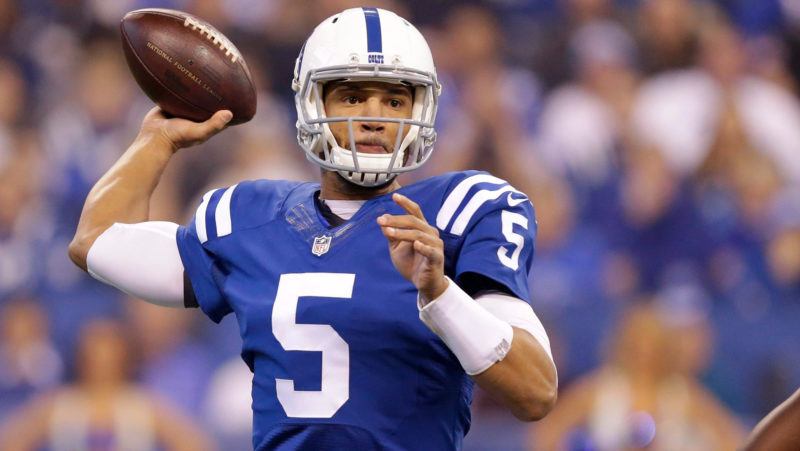 I’ve asked several of the established and successful veteran quarterbacks of this league why those coming from the NFL later in their careers have failed to find success in Canada. The answers vary, but there’s a consensus that two things are required in order for a quarterback such as Josh Freeman to have success:

One, patience, particularly on the side of the team. That doesn’t mean Freeman shouldn’t start right away, but that if he does, the Als can’t shy away at the first sign of trouble. They need to approach their decision with conviction, knowing that time will be Freeman’s best friend. The more he plays, the better he’ll get, even if it takes a year and a half.

The other one comes from the quarterback, and it has to do with work ethic and especially humility. I say humility because sometimes that’s the biggest challenge for players, especially quarterbacks, coming from the NFL to the CFL. These players have played one version of football their entire lives, and suddenly they’re playing what’s essentially an entirely different game.

What the quarterback sees on the field in Canada as opposed to the States, whether it’s the unlimited motion or the extra defensive back, could not be more black and white. There’s no fast-tracking the hours of film needed to get up to speed.

Will a seven-year NFL veteran and a former first round draft pick like Freeman eagerly take the advice of a Matt Shiltz, Antonio Pipkin or Drew Willy? Players that are less celebrated but have seen more and have a better understanding, at this point, of the three-down game? 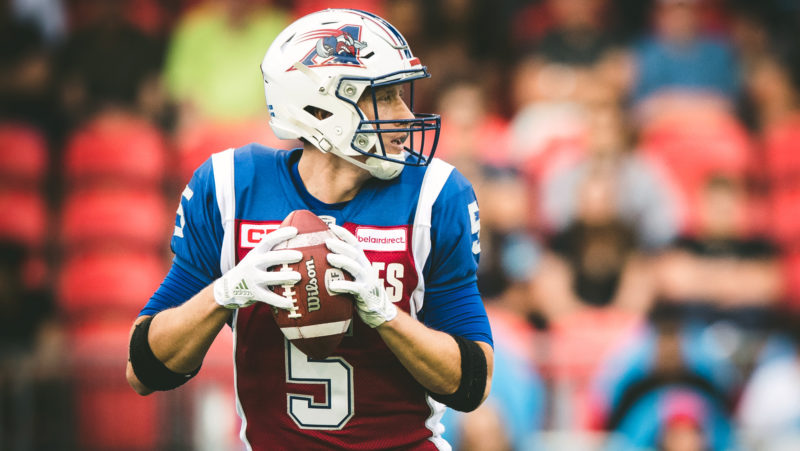 If Freeman believes only what his eyes are telling him, which is natural after two decades of playing this game under a different set of rules, he will face the same downfall as most of those before him.

Of course, Freeman will first have to win the starting job in camp. The Als have not closed the door on Drew Willy winning the starting job, while youngsters Matt Shiltz and Antonio Pipkin will also look to turn heads in camp.

Whatever happens, Freeman will become either an exception to the rule or just another cautionary tale for future general managers.

Noteworthy NFL pivots to come north of the border…