Can continuity benefit Masoli, Ticats in 2018? 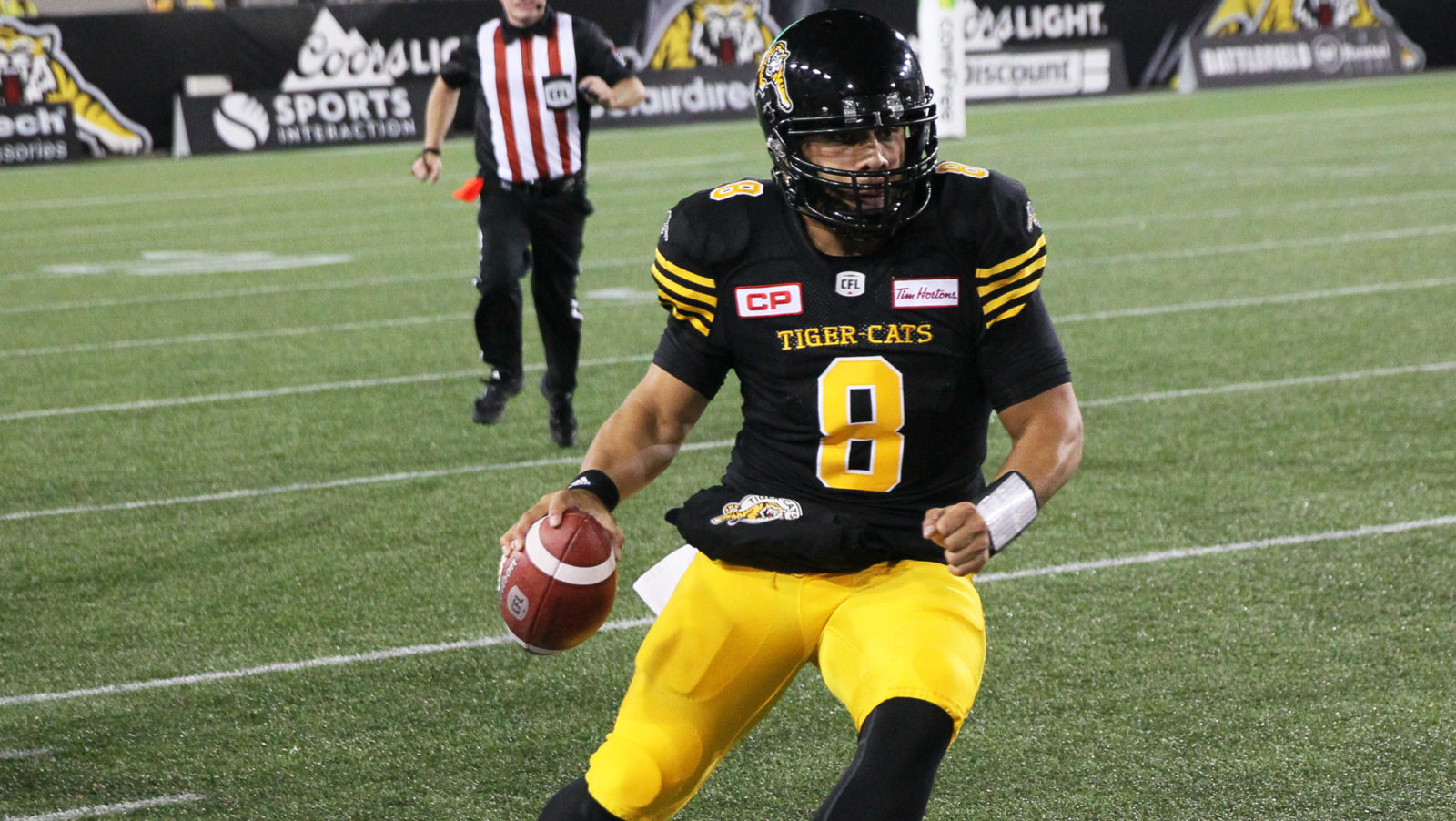 Can continuity benefit Masoli, Ticats in 2018?

HAMILTON — For the Hamilton Tiger-Cats, the hope of winning a Grey Cup in 2018 begins and ends with Jeremiah Masoli.

The quarterback position will be the one in question this season for the Tabbies, who will very closely resemble the team that won six of its last 10 games last season thanks to a quiet but efficient free agency.

Key stalwarts Brandon Banks, Luke Tasker, Ted Laurent and Larry Dean have all been brought back, signaling a clear direction from the front office along with Head Coach June Jones.

So in the end, after watching Masoli play at a high level since taking over on Labour Day, the Ticats will go exactly as far as No. 8 takes them.

After losing their first eight games, June Jones and Jeremiah Masoli reinvigorated the Ticats’ season, getting back in the East Division playoff race and winning six games after Labour Day.

With things staying the same, for the most part, Masoli is getting a golden opportunity to shun his detractors.

Of course, over their late-season success, the Ticats found strength elsewhere, too. Brandon Banks was the CFL’s most productive receiver over the second half of the season, recording most of his 1,011 receiving yards over the last 10 games.

The O-line improved drastically in the last couple of months, leaning on rookie Ryker Mathews and veteran addition Tony Washington for success on the ground and through the air. That unit returns entirely intact for 2018.

Alex Green gets the reins at running back after the C.J. Gable trade, with the 2017 rookie averaging 5.7 yards per carry to go with five touchdowns in six games.

On defence, subtle changes will affect a unit now influenced by Steinauer and Glanville. Emanuel Davis was released but outside of that, key cogs were brought back and the Ticats’ defence will closely resemble the one that thrived late in 2017. 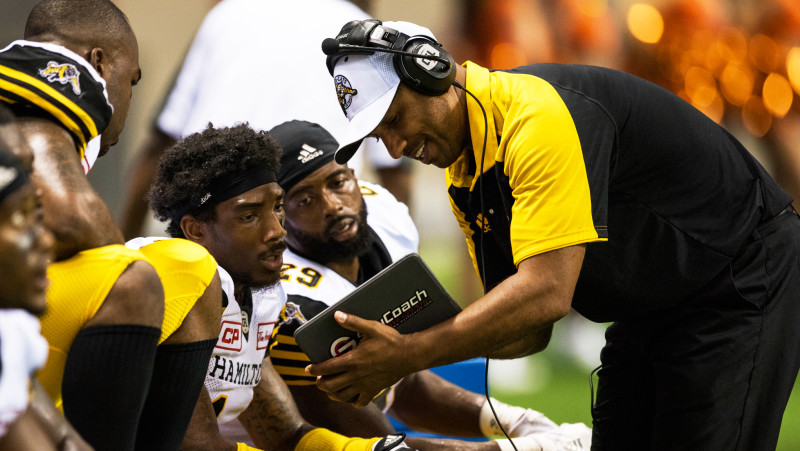 Orlondo Steinauer’s return to the Ticats should aid their defence in 2018 (Jimmy Jeong/CFL.ca)

One question will be depth in the defensive backfield, where Courtney Stephen, Demond Washington and Abdul Kanneh lead a group that, on paper, is unproven.

At the end of the day, however, no team has stayed the same more than the Ticats. For a team that finished 6-4 and seemed to improve every game, that’s a positive.

And again, keep a close eye on Masoli. Some wonder whether his late-season success can be sustained long-term. Through all of last year, Masoli still operated at an efficiency of 63.7 per cent. He’s 64.7 per cent over his career, with 791 passes. For the 29-year-old to truly take the next step, that may have to improve.

Either way, June Jones can see promise in him, and he’s mentioned that even if Johnny Manziel is signed, the Texas A&M quarterback might have a tough time beating out Masoli. That’s an indictment of Masoli’s development in the three-down game both as a person and a professional.

In an East Division that’s been won with .500 records the last couple of years, the Ticats are one of the most intriguing teams going into 2018. If Jones’ club can pick up where it left off, don’t count them out as a Grey Cup contender.