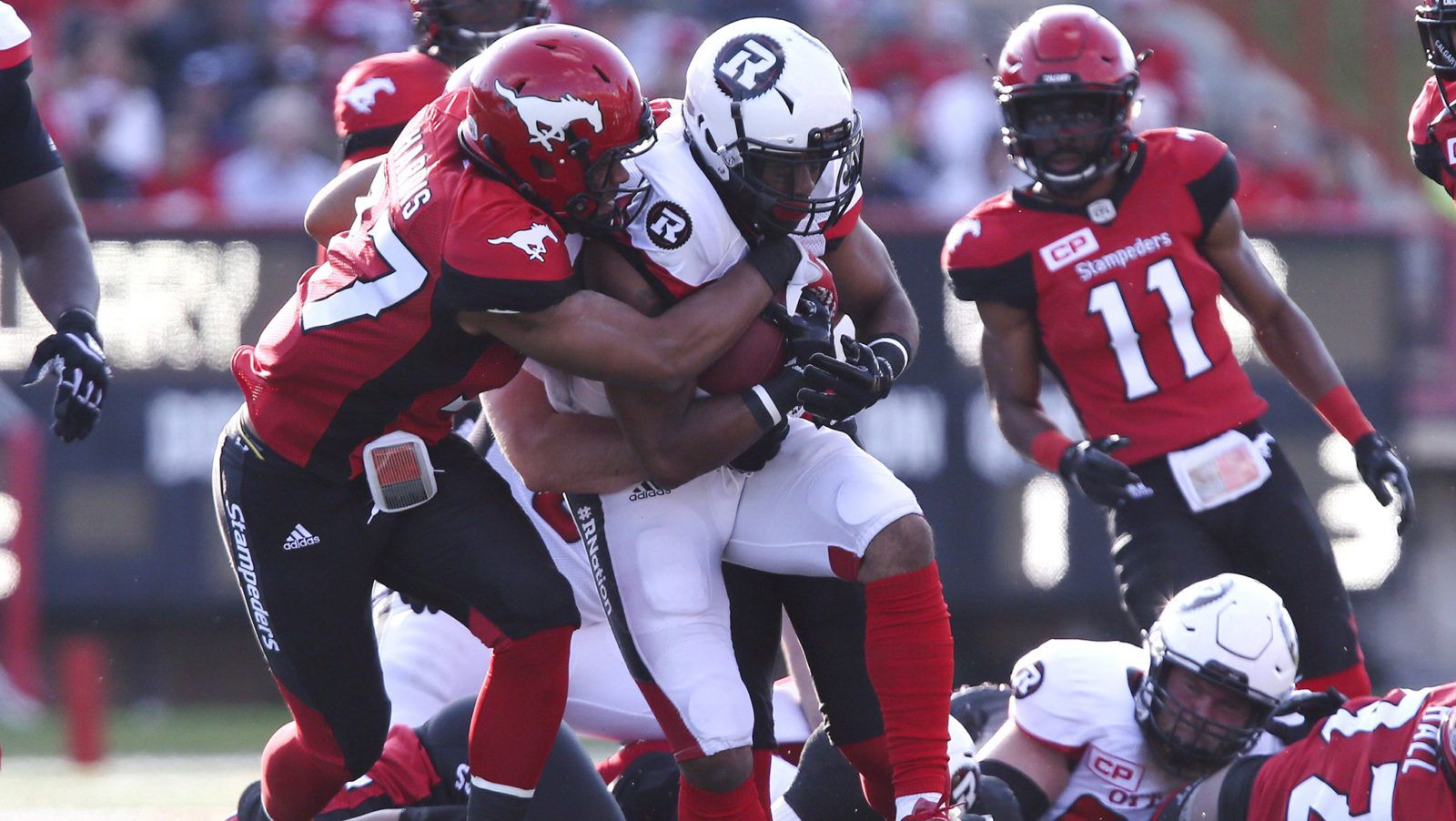 Harris has played 28 games for the Stamps over the past three seasons, recording 30 defensive tackles, 20 special-teams tackles, two interceptions and one fumble recovery.

The 25-year-old Tuscumbia, Ala., native made six starts at weak-side linebacker for Calgary in 2017 and had 21 defensive tackles, two tackles for loss and a sack. He also had two special-teams tackles, one QB pressure and one fumble recovery that he returned 46 yards for a touchdown and an interception he returned 27 yards for a score.

Harris missed the final 12 games of the regular season and the playoffs with a wrist injury.

“Maleki was progressing very well for us before getting hurt and was making important contributions to our defence,” said Stampeders president and general manager John Hufnagel. “He’s worked hard to get healthy again and I look forward to seeing him pick up where he left off before the injury.”

Harris signed with the Stamps in 2015 after playing four seasons for the University of South Alabama Jaguars. During his senior season, he earned second-team all-Sun Belt Conference honours. For his career, Harris had 185 tackles, including 17.5 tackles for loss, seven fumble recoveries, five forced fumbles, 3.5 sacks, one interception and one blocked kick.

“Calgary is home for me and I’m glad to be back,” said Harris. “I’m feeling 100 per cent and I’m ready to go. I really missed football when I was sidelined last season and I can’t wait to get back on the field.”