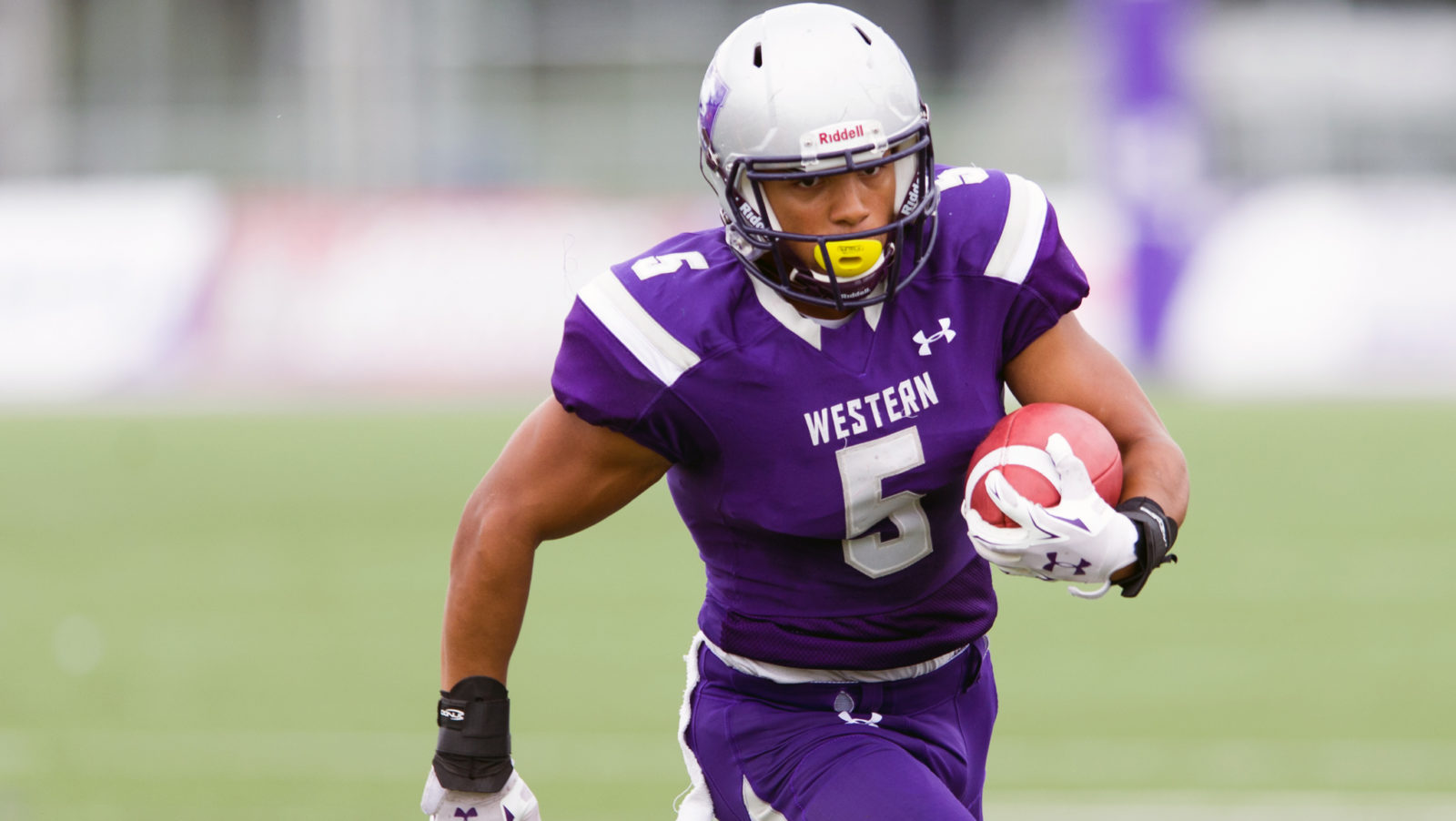 While the draft is still weeks away, the CFL Scouting Combine presented by adidas gives fans an early glimpse at some of the league’s top draft prospects.

One-on-ones, 40 times and bench press results help add pieces to the complicated CFL Draft puzzle — but what can we learn before then?

As March 24 approaches, CFL.ca’s Marshall Ferguson paints a better picture by comparing some of the country’s top prospects with current and past CFL players.

(For more on the CFL Combine from Marshall Ferguson, see his latest on CFL.ca and visit his website, MarshallFerguson.com).

Onyeka is a long defensive back capable of rotating down to acting as a linebacker but also capable of running with your team’s best receiver. He arguably has the most well-rounded skill set of all the defensive backs in 2018’s draft as Onyeka is just as likely to light up a ball carrier, sky to knock away a pass or get involved in the run game. Part of the reason he remains a first round discussion point.

Laurent is a bit taller than your typical NFL style nose tackle but at 6-foot-4 he uses his athleticism and work ethic to grind towards the quarterback or ball carrier. As a constant staple of the Georgia State defensive line over the last four years, Laurent has solidified numerous game tapes full of sound positioning, gap responsibility and a distance ability to knock down intended passes. Laurent can hold a gap well and has learned how to use his size to create advantages.

Despite Gill’s struggles to stay on the field, there is no doubt his frame and athletic ability coming out of Manitoba had scouts salivating. Laurent has that same appeal.

Similar to both Laurent and Onyeka above, Kwemo is a taller than average player for his position which, in combination with his length and speed, gives this linebacker exceptional range. Kwemo is undoubtedly a CFL body type and will do well as a weak side linebacker backup and special teams ace.

Bennett brings a unique combination of speed, quickness and power to the defensive backfield. He loves to finish a play with the big hit or ball strip and approaches the game with an energy sure to draw interest from multiple teams at the combine. Bennett also adds return expertise as part of his resume which made me want to compare him to Tunde Adeleke selected out of Carleton last year — but the defensive back style of play and body type match up more closely with Bouka.

Chapman is a really intriguing prospect. He doesn’t carry the size of the big body jump-ball type receivers and he isn’t really an exclusive underneath check down guy. He is super athletic and smooth in routes but at Central Michigan was used similar to Brandon Banks in Hamilton after June Jones arrived this year as a package player with screens, jet sweeps and quick hitters designed to get him touches.

At 6-foot, 180, Chapman isn’t as small or fast as Chris Williams but possesses much of his playmaking style. It’s two BC Lions though who make me think of Chapman’s game.

Cibasu is this year’s marquee big-bodied receiver. He might not be the quickest out of the starting blocks or run a crazy fast 40-yard dash at the CFL Combine but his ball skills and ability to position his body to gain an advantage on in-breaking routes is elite relative to the remainder of this year’s receiver draft class.

Throw it up and Cibasu will go get it just like a pair of Calgary Stampeder national pass catchers.

At 6-foot-4, Korte has to work his lower body to maintain leverage, but his athleticism during the 2018 U Sports regular season was easy to see. Since the season ended Korte, has added close to twenty pounds (280 to 300 pounds) as his body grows into its pro form. The combination of Korte’s athleticism, footwork and new found size has me thinking of another young Western Canadian.

The running back position as a whole took a hit in last year’s draft with only two true running backs in Ed Ilnicki (Alberta) and Sean Thomas-Erlington (Montreal) getting selected over the last 10 selections. If that trend is going to be bucked this year it will come from the quickness and elusive moves of Western’s Alex Taylor, who returns home in Winnipeg for the national combine. Taylor ran plenty between the tackles in Western’s power run game but it’s his work at the second level that separates him, running away from defenders just like his comparable.