WINNIPEG – Proposed Canadian Football League rule changes put an emphasis on player safety and improving the flow of the game.

The CFL’s Rules Committee is recommending changes on blindside blocks, expanding the definition of spearing, and eliminating low blocks by receivers, said Darren Hackwood, the CFL’s Senior Director of Officiating.

“Our Commissioner and our Board of Governors have clearly mandated us to focus on promoting and protecting the health of our players,” Hackwood said.

“The Rules Committee has responded by recommending that the board approve several measures that would broaden or clarify rules designed to improve safety for players.”

In addition, the Committee proposes that illegal contact on a receiver no longer be subject to coaches’ challenges.

To further improve game flow, it suggests the replay official automatically review “potential touchdowns” – plays when it appears obvious a touchdown has been scored but the play been marked down short of the goal line.

CFL.ca senior writer Chris O’Leary speaks with senior director of officiating, Darren Hackwood, about the nuances of the recent proposed rule changes and how they could impact the flow of the game … READ MORE. 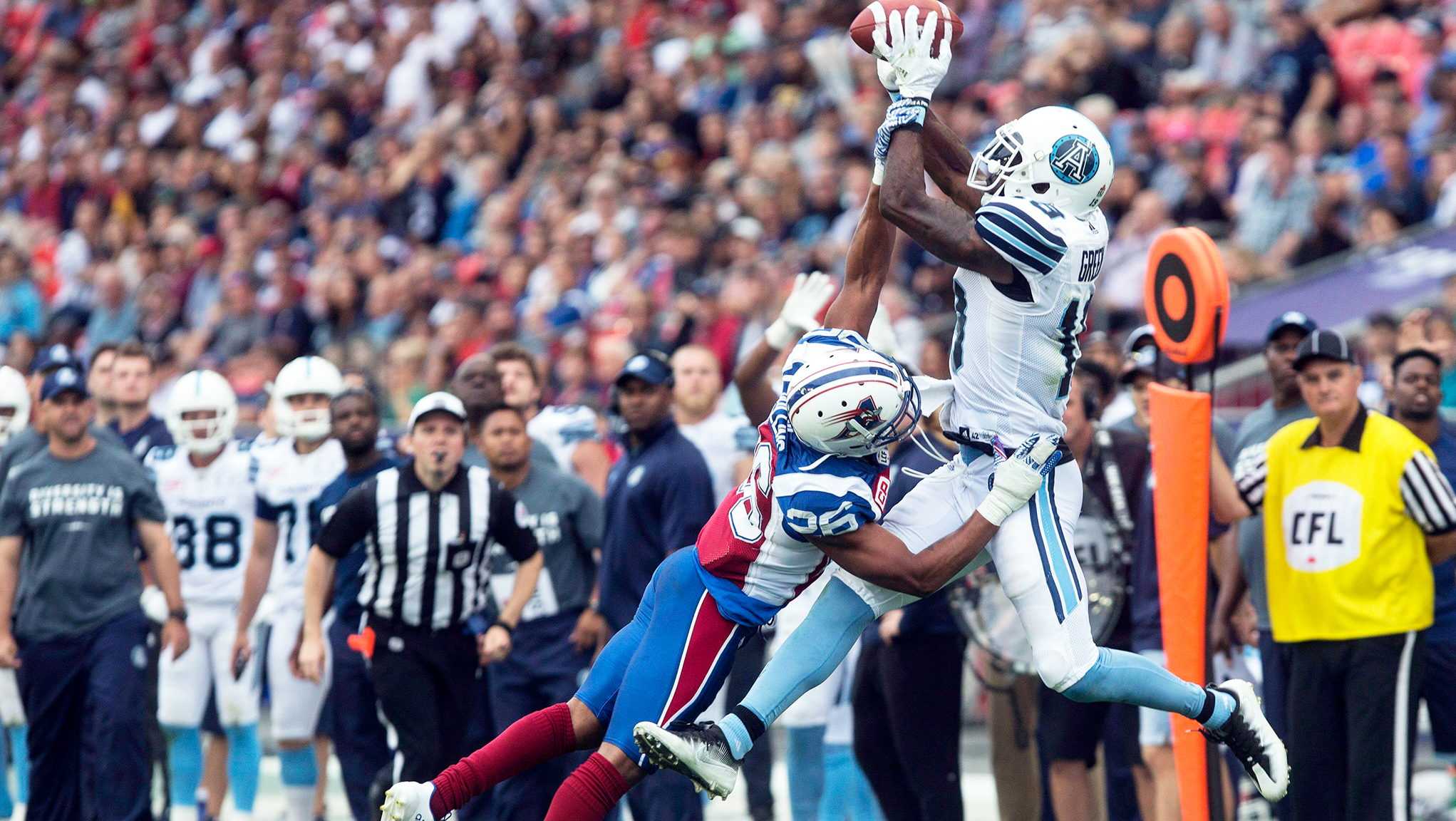 These changes address issues raised by fans in a number of forums, including Commissioner Randy Ambrosie’s recent town halls across the country.

Fans had expressed the view it was unfair to force a coach to use a challenge on what was an obvious touchdown and some had said challenges for illegal contact can slow down the game.

The Rules Committee, which includes several coaches and general managers as well as veteran official Al Bradbury and representatives of the Canadian Football Players Association, met in Winnipeg this week as part of Mark’s CFL Week. That’s the league’s off-season extravaganza that includes other football meetings and this weekend’s CFL Combine presented by adidas, as well as a Fan Fest, last night’s Canadian Football Hall of Fame VIP reception to announce the Class of 2018, and other events for CFL Fans and the media.

Here’s a closer look at some of the rule changes the Committee is asking the Board of Governors to approve before the upcoming season. It suggests the league:

• Make it illegal for any player to deliver a forcible block on an opponent while moving back towards his own goal line, sometimes referred to as “blindside” blocks.

• Outlaw low blocks that occur outside of the “tackle box”, an area that extends from tight end to tight end and from the quarterback or kicker to two yards beyond the line of scrimmage

• Widen the definition of spearing to include any situation where a player delivers a blow with his helmet as the initial or primary point of contact. This does not apply to a low running ball carrier.

• Eliminate a loophole in the “sleeper” play rule by making it illegal for a player who enters the game and remains outside the numbers to receive the ball in any manner including a kick or lateral.

• Eliminate the “force out” rule by requiring a receiver catching a ball to place at least one foot inbounds regardless of whether he was contacted in mid-air.

• Increase the penalty for “pyramiding” – the practice of using another player to elevate one’s self in an effort to block a kick — from five yards to ten yards to deter the behavior.