WINNIPEG — The CFL’s regional combine circuit closed in Winnipeg on Thursday, with two receivers and a running back adding their name to the weekend’s main event following the Western Regional Combine.

UBC’s William Watson, SFU’s Justin Buren and Concordia’s Tanner Green have extended their stay in the Manitoba capital and will take part in the CFL Scouting Combine presented by adidas on March 24 and 25 .

Thirty-nine players took part in a series of tests and measurements on Thursday, including the 40-yard dash, bench press, vertical and broad jumps as well as short shuttle and three-cone drill.

The results from Thursday can be viewed here in their entirety, while the roster for the weekend has officially been set and can be seen here.

The day’s events, which put prospects in front of talent evaluators from all nine CFL teams, culminated with one-on-ones, pitting the best on best in a show of talent and physical ability.

Early in the day it was Evin Kochisarli of the CJFL’s Edmonton Wildcats turning heads, his 26 reps on the bench press leading the field. The free agent defensive lineman had a nice morning, leading all linemen with a 10-foot broad jump (third overall) while posting a 31.5-inch vertical, second among all linemen.

From a numbers standpoint, Buren had arguably the best performance in Winnipeg. His 36.5-inch vertical was second to Manitoba receiver Stephen Ugbah (37.5 inches), while Buren’s broad jump of 10’7.00″ was tops among all participants.

Buren, a native of Coquitlam, B.C., also led all receivers and defensive backs with 15 reps on the bench press.

In the afternoon the focus shifted to the highly-anticipated 40-yard dash, a test of explosiveness and straight-line speed. Watson won the race to the lowest 40 with a 4.71, with Buren close behind at 4.73 as the pass-catchers led the way.

Zerr had the top shuttle with a time of 4.25, followed closely by UTEP running back Orion Prescott at 4.27. 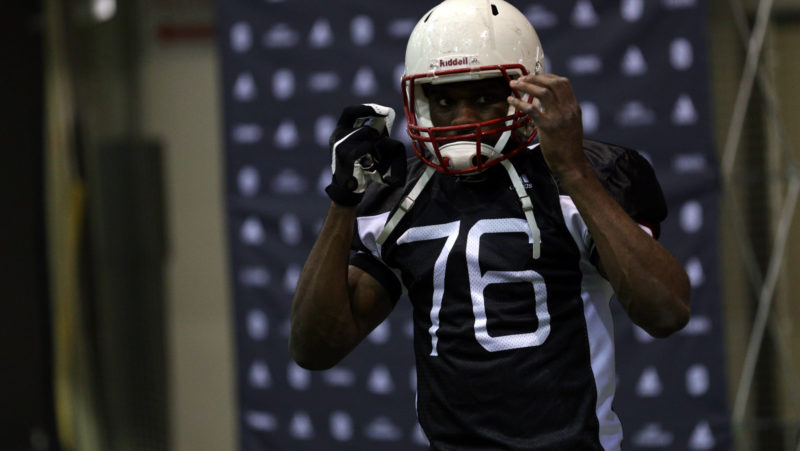 A year after impressing scouts in the U SPORTS East-West Bowl, Watson was one of the top names going into Thursday’s showcase — and he delivered as advertised.

While his 2017 season was limited to three games, Watson earned the East-West Bowl invite after a 2016 campaign in which he hauled in 42 passes (sixth in Canada West) for 507 yards and six touchdowns. Watson also put his speed to good use as a returner that year, logging five kick returns for 90 yards and five punts for 15 yards.

Watson, Buren and Green now look to follow the path of other regional combine invites who have gone on to enjoy success at the next level. Past regional combine participants currently in the CFL include Jermaine Gabriel, Shaq Johnson and Michael Klassen.