More than a Name: Freeman ready to put in necessary work 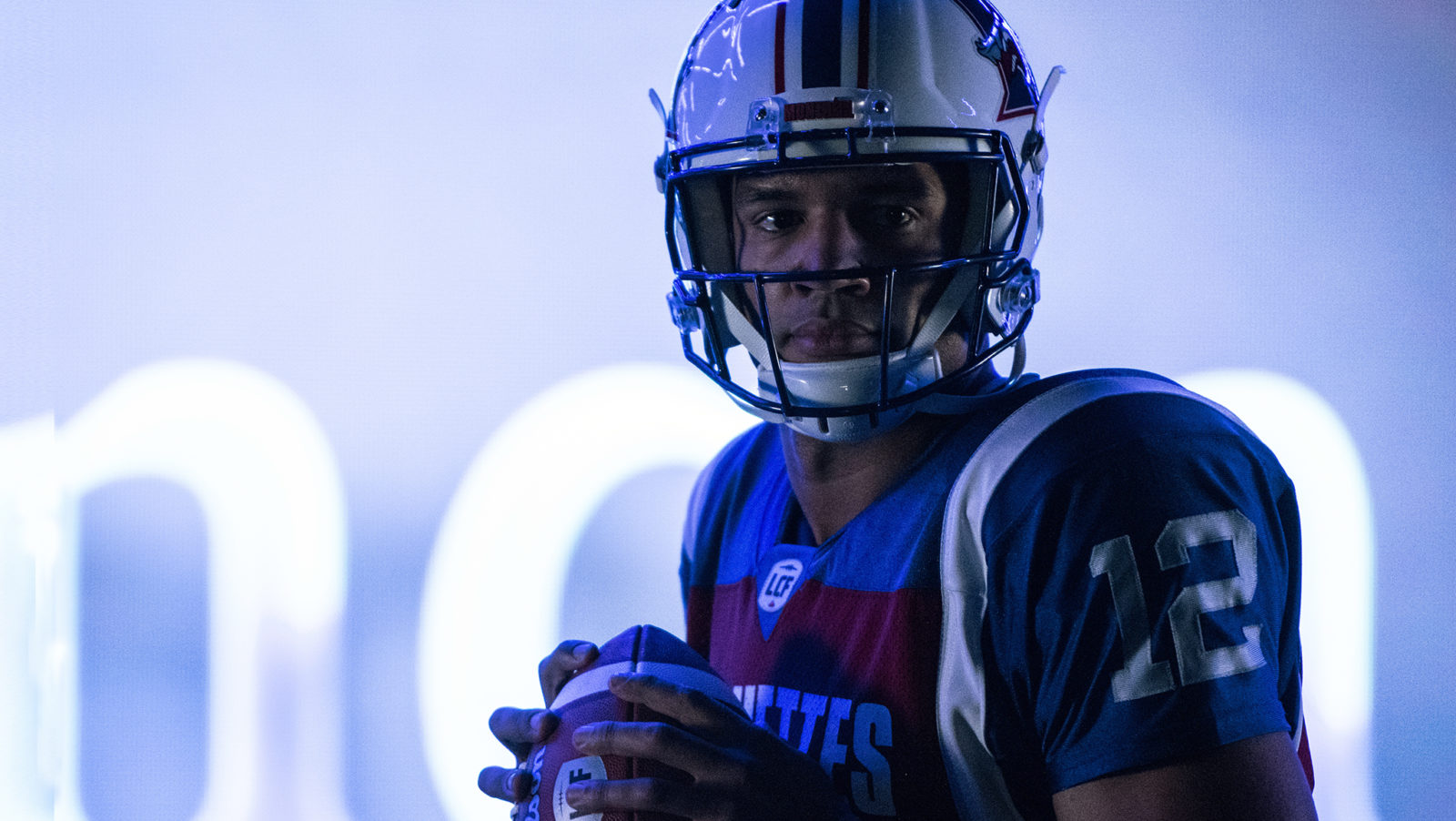 More than a Name: Freeman ready to put in necessary work

Hurricane Joaquin did the majority of its damage in the southeast Bahamas in early October, 2015, but its reach extended far up the U.S. east coast. Standing under a blackened sky on a football field in Brooklyn, the water hitting him sideways across his face, Josh Freeman remembers it well.

“That was the most obnoxious thing ever. It really was,” he says.

“I think I had six or seven fumbles or something. It was batten down the hatches, like gale force winds, it’s raining like crazy. Our coach wouldn’t let us go into the shotgun. I was under centre and the ball kept slipping between my legs.”

Freeman was playing for the Brooklyn Bolts of the FXFL (the Fall Experimental Football League). In the two seasons it existed, the league’s goal was to be a feeder system to the NFL. A first-round pick in the 2009 NFL draft, Freeman was out of that league in 2013, his blindingly-bright star flickering out or maybe just disappearing behind those dark clouds, depending on who you asked.

Almost two and a half years later, the feelings all come back when he thinks on it.

“It was just the most annoying game ever,” he says. “It was frustrating as a competitor. There was absolutely nothing I could do.”

The wind whipped, the stands emptied and the outer reaches of a Category 4 hurricane snapped its fingers over Brooklyn. Of the faces that remained in the crowd, a couple were reporters. Freeman knew what was at stake. He’d dry his hands and call the play and it felt like every time that slippery ball would come back to him it didn’t matter. It would shoot through his fingers and land on the turf. 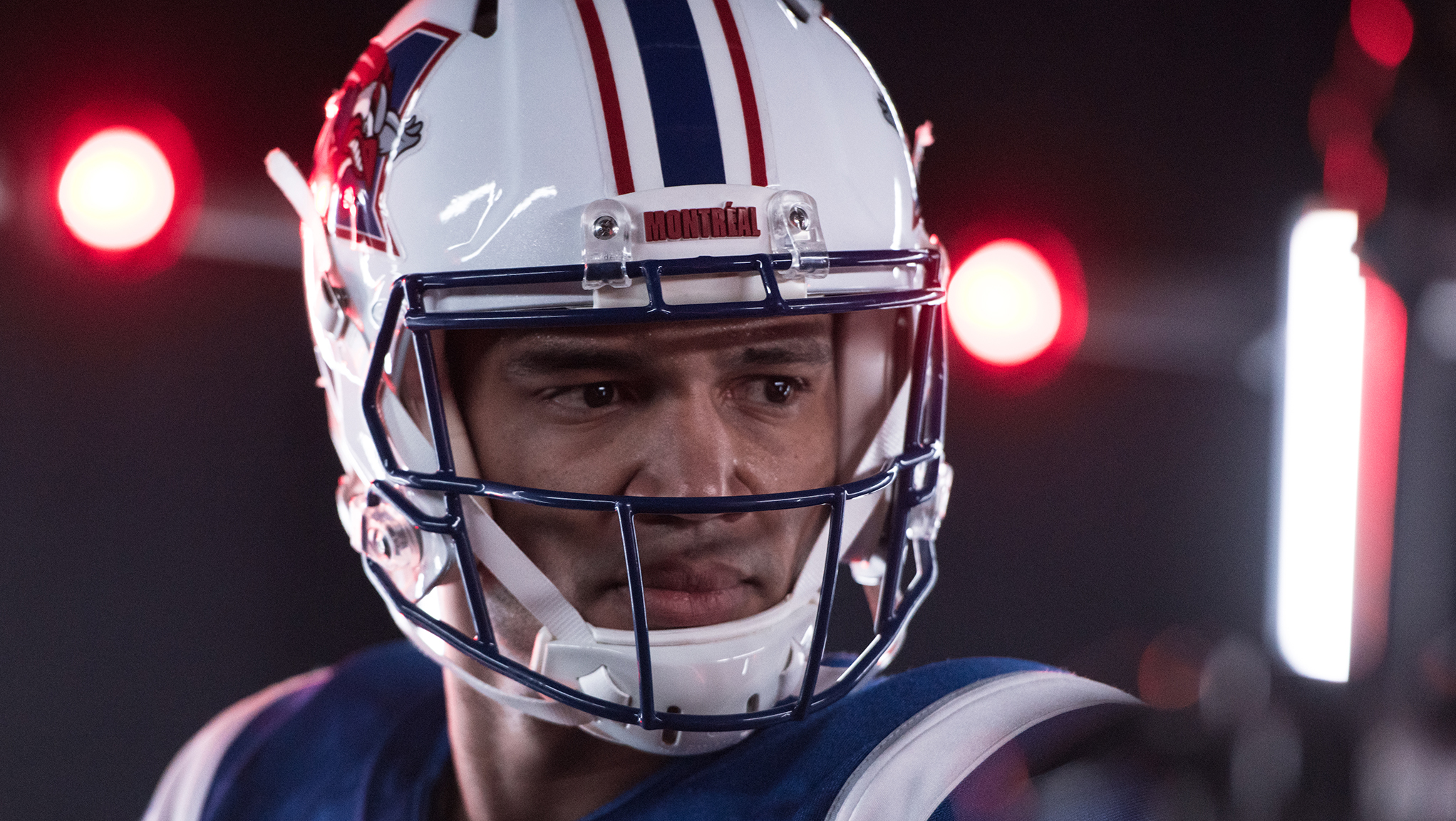 Montreal Alouettes QB Josh Freeman poses for the cameras as CFL players from across the country convene in Winnipeg for Mark’s CFL Week.

Freeman’s right. There are undoubtedly people who saw his name, saw his numbers and were unaware or didn’t care that he was playing in a hurricane. If we were a quickly scan, quickly judge, quickly-mock-on-Twitter society three years ago, we’re sprinting today.

But there’s something else to see in that rain-soaked field and the water-logged cleats that Freeman stood in that night. He was only two years removed from playing in the NFL at that point and three years removed from a 4,000-yard passing season with Tampa Bay. The FXFL wasn’t about the money. It was about being on a field and building toward something. .

Freeman sits at one of the many tables full of waiting media on Thursday morning, feeling out another new league that he probably never considered when he was a kid growing up in Kansas City. This is the second year of Mark’s CFL Week and Freeman, who signed a two-year deal with the Montreal Alouettes on Jan. 13, is the first player invited that has never taken part in a CFL game.

“It’s pretty cool, it’s an honour to be around these guys,” he says. “I didn’t really know what to expect. We had a dinner (Wednesday) night and it was interesting to watch everyone, even though they compete against each other, the respect they have. They get along. It was a great time and it was really a lot of fun. I feel privileged to be here.”

It’s a long offseason, but there’s a short list of people (Zach Collaros and the entire Calgary Stampeders roster quickly come to mind) that you’d assume can’t wait for the 2018 season to get going. After being out of football for three years, Freeman can tell you that there are 70 days until the first preseason game. But he doesn’t want to be in the let’s-start-playing-tomorrow camp. Not at this point.

“I want it to start, but then again I don’t want it to start. I have to learn the game before it translates to anything,” he says. “The season’s right around the corner. I’ll probably be a little more high strung (at that point).”

He needs this time, he says, to continue working out, continue watching film and to continue absorbing the nuances of a league he’s never played in. He sees himself working with his receivers with the waggle (“They help you as much as you help them.”). The different ball, even with the new leather will take getting used to. He thinks the extra defender on the field will be an adjustment, as will the extra pressure that brings. 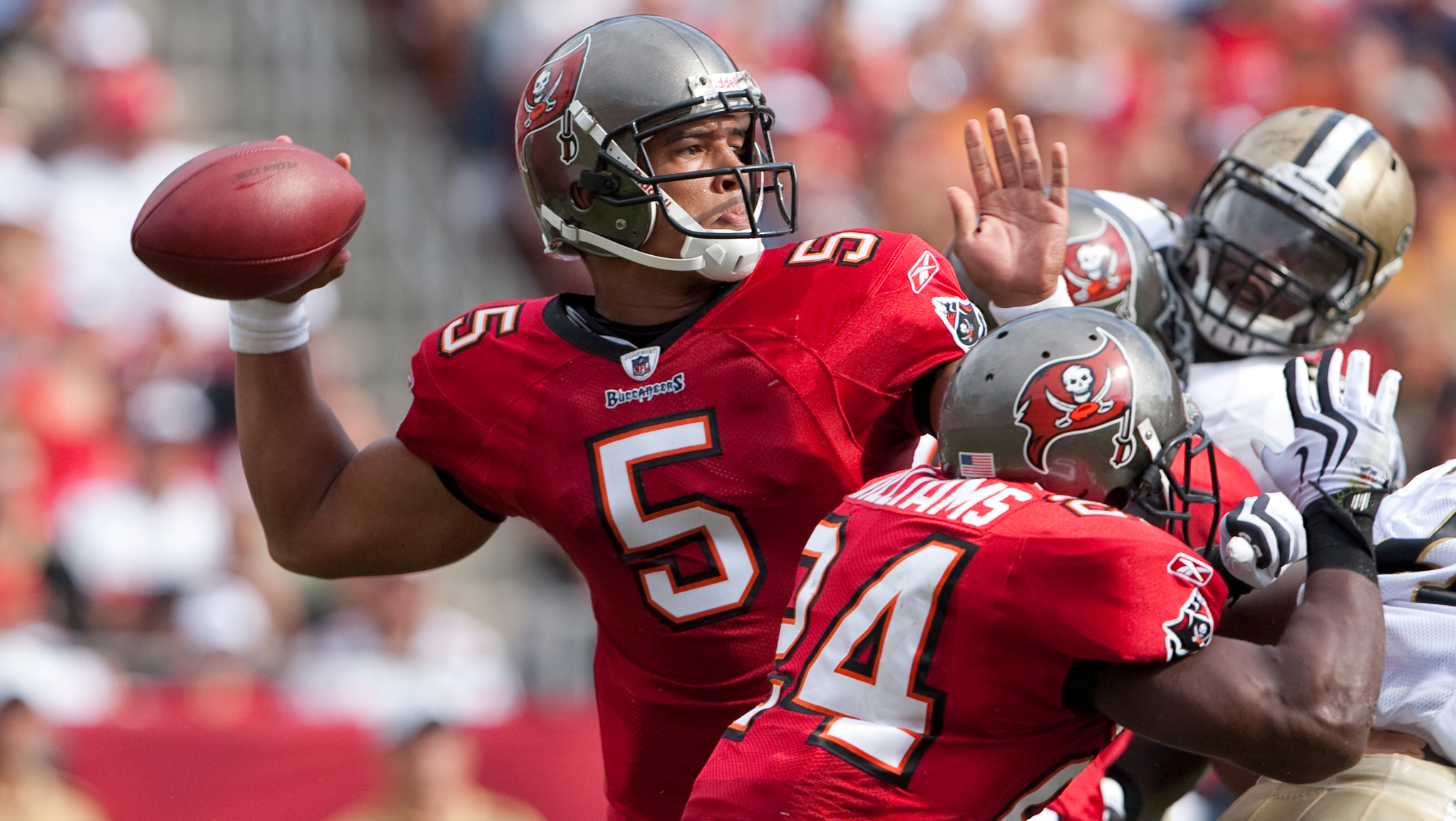 His first steps back into football start with the Als’ mini-camp in Florida next month. If all goes well, 70 days from when he’s sitting in this rigid chair in a Winnipeg hotel, he’ll be back on the field, taking snaps under (most likely) much better weather than that night in Brooklyn.

He turned 30 the day he put his name on that Alouettes contract. He says his eyes are on nothing more than some longevity in football. He wants to show that behind the dark clouds sits a star, still bright, on a journey that he never would have predicted as a kid.

“I want to play football,” he says. “I like the camaraderie, that aspect of coming in every day and challenging yourself with something new, working with teammates and juggling those dynamics. There’s really no feeling like it.

“Putting in a lot of hard work, you and your crew, stepping out on the field and whatever position you are it’s all hands on deck. You guys go out and touch metal against other guys who do the same thing. It’s pretty cool.”