Quote Board: Stand out statements from Mark’s CFL Week 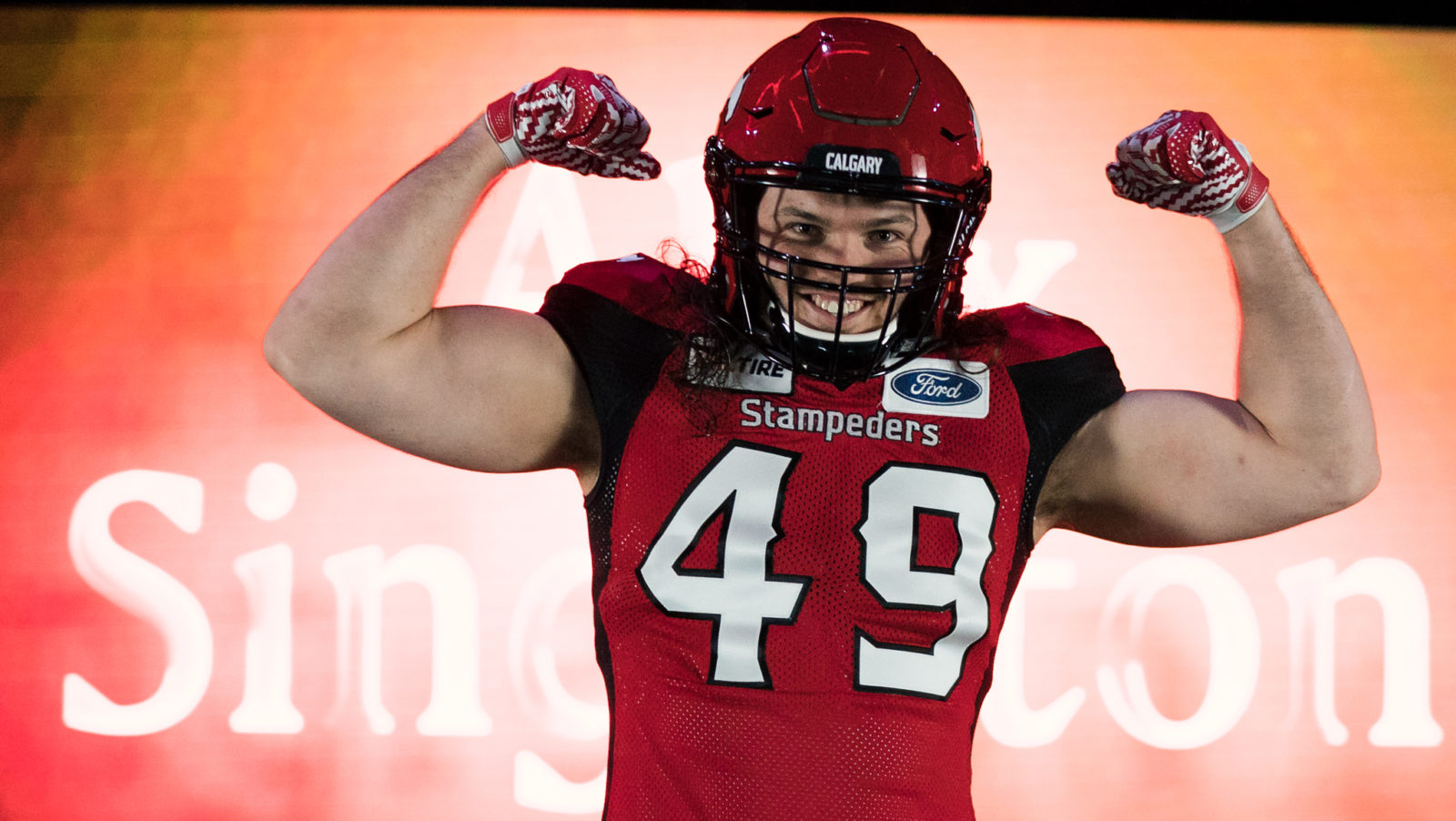 Quote Board: Stand out statements from Mark’s CFL Week

WINNIPEG — The league’s biggest stars touched down in Winnipeg this week for Mark’s CFL Week and on Thursday, the media had their first chance to sit down and talk to them.

Players chatted about the season that was, the season ahead of them, new teammates, old teammates and personal goals as they got settled in for their day filled with media obligations.

Here are seven quotes from players from across the league that stood out during Thursday’s media day:

Jonathon Jennings was candid about his performance in 2017

“Last year was terrible,” Jennings laughed when asked how he felt his 2017 season went. “I’m a very hard critique but it wasn’t anything that was hidden. I started off the season fine, then got hurt in the fourth game. That was pretty crazy. Started playing well as a team and came back and had one of the worst games of my life. The confidence just wasn’t there but also I wasn’t healthy. It was just a mixture of bad things. My mindset wasn’t right. It was a very tough year for me, personally, and as a team.”

Tyrell Sutton is committed to the Montreal Alouettes

“I’m a guy that likes to play in one place,” Sutton said. “I’ve been bouncing around from league to league, team to team. One thing that I like is stability. I haven’t had it much in my career and being able to say that I’ve played in one place is definitely a positive in my career. I’m not one of those guys that likes to jump ship just because things are going wrong. I understand that it’s been going wrong for a certain amount of years. I’m all about the struggle. My mom always told me, ‘once I start something, I have to finish it’ and I feel like I have to finish the job here in Montreal.”

“It’s a competition,” said Josh Freeman. “I’m just going to go to camp and do as well as I can. I’m going to let the coaches make that decision of who starts. Whatever it is, competition makes everybody better. I’m definitely looking forward to going in and competing with the guys, developing the quarterback room.”

Ed Gainey is excited to reunite with an old teammate, Zach Collaro, in Regina

“He definitely has that fire in him and you can tell,” said Gainey of Collaros. “If he makes a mistake he’s going to be hard on himself. I think people can definitely feed off of that because when a guy wants to do that well for himself then you want to do well for him. At the end of the day, I just feel like guys will feed off of him, feed off of his energy. Hit or miss, I think that we’re all going to continue to have confidence in ourselves like he does. I’ve seen him light it up out there before plenty of times so I know what’s in him. I think we’re going to have fun this year with him out there.”

“I’m going to go in there with the mindset of kind of laying back,” Franklin said about training camp. “I’m not going to try (and say), ‘I’m the future quarterback so let me boss everybody around.’ (I want to) just get to know the guys and lay low. Ricky, I know he’s earned that spot to be the starter. I don’t want step on his toes, I don’t want to try and make it look like I’m going behind his back or trying to under cut him for being the starter. I want to make sure he’s doing his thing and he’s going to lead the team how he wants to. Lord willing, if I can get to the point to where he’s at, the I can worry about that but right now I still have to earn it. I still have to work for it and earn the respect of the guys.”

“You hear that thing that keeps not stopping?” Singleton asked as Messam interrupted with a few light jabs at the linebacker during an interview with CFL.ca. “It’s going to stop (when we play against him). It’s going to be fun. That’s what fun about this league. In the NFL if a guy goes to a different team, you might not play him for four or five years but here it’s like when a guy leaves, one of your friends leaves, your playing him twice the next year. It’s cool when it’s the guy on the opposite side of the ball because you get to talk (on the field).”

It was bittersweet,” Mike Reilly said of his Most Outstanding Player honour. “It was great to be able to represent my team. It was a long time since an Eskimo won the MOP and knowing all the players that have been through that locker room and to know that for some reason nobody had won it, it shows how challenging it is and it was cool to represent Edmonton in that regard. That night was tough. Standing on that stage looking out and not having any of my teammates there was a bummer. It was such a bittersweet moment because towards the end of the year when I knew that I was going to be up for the award, I could picture that night but I pictured 50/60 of my teammates sitting out there going, ‘alright, let’s wrap this up so that we can go home and get some sleep and get ready to play in this game.”

Here are four quotes from players from across the league that stood out during Friday’s media day:

James Wilder Jr. is ready to repeat as Grey Cup Champions in 2018

“I’m still on the high but realistically we have to get ready for the next season,” he said. “We’ll be able to get on the high that day when we get the rings, it’s right before camp, maybe a couple hours. What’s keeping me on my high now is trying to get another one. I got a taste. It was a great experience and one of the greatest experiences of my life and I’m not just saying that. I want that experience again. It was great and we know what we have to do to get back there.”

“Going into that week, we were paying Sask,” he remembered. “They were having celebrations. So at practice we had maybe, four or five. We were going to have a free tag or red light, green light, where you would turn around and stop, come back, turn around and stop until you get to the person who scored the touchdown. That was one of them and then we had the limbo, obviously. Terell Owens had DM’d me (saying it was good), he’s kind of the celebration king.”

Ernest Jackson is excited to reunite with Chris Williams in Montreal

“I definitely reached out,” Jackson said. “I said, ‘hey man, looks like we’re back at it again!’ I’m excited to see him back over there on the same side or just to be on the field again with him. I think he’s going to bring that dynamic speed that we need to blow the top off (this offence) and to bring that stretch down the field. “