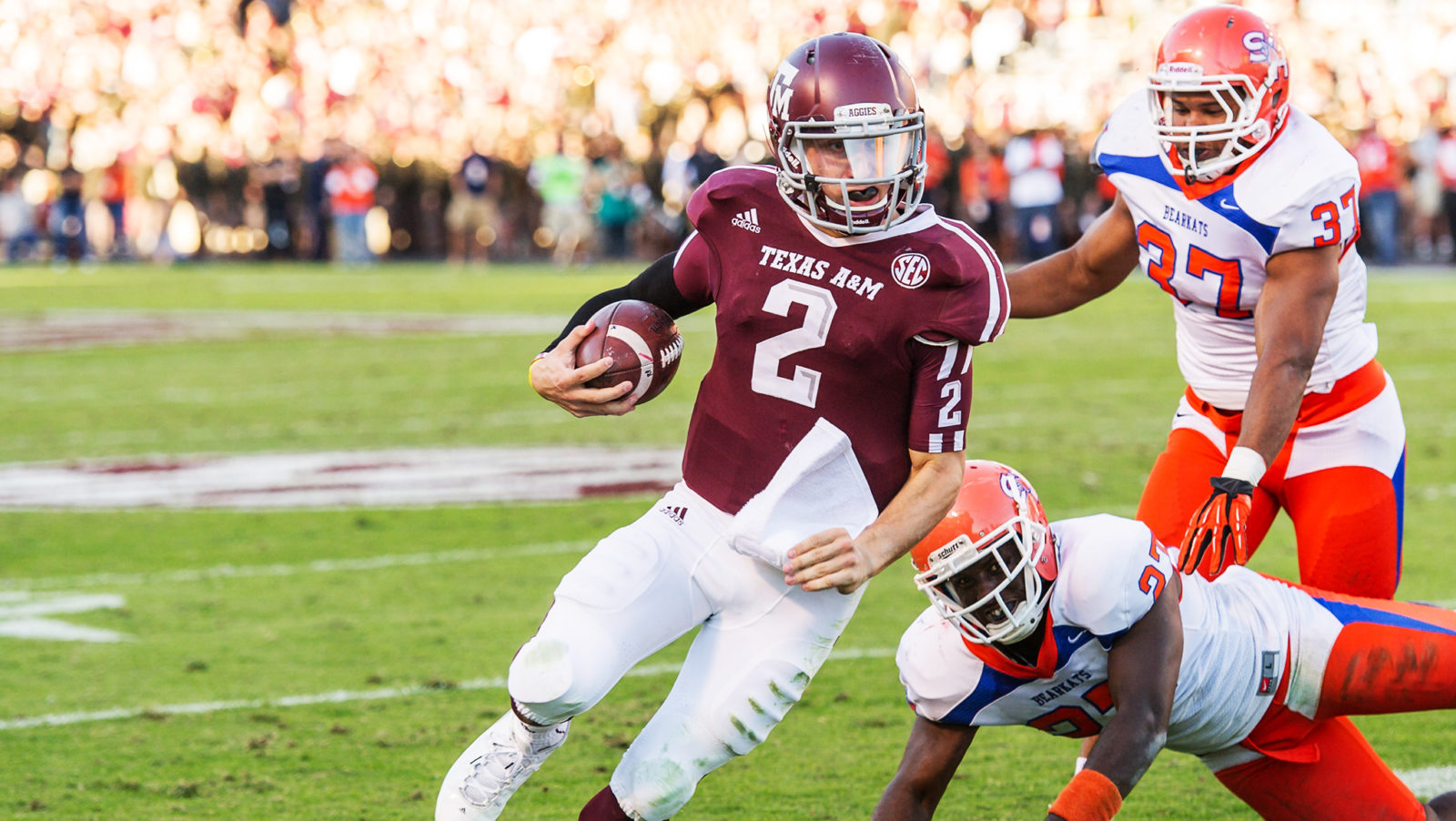 Questions surrounding Johnny Manziel’s potential future in the CFL continue, this time after the former Texas A&M quarterback took part in a pro day at his alma mater on Tuesday.

TSN’s Dave Naylor tweeted out that Manziel told reporters “if nothing (NFL) pops-up, then I’m going to play in the CFL”.

Whether Manziel actually negotiates a deal with a CFL club remains to be seen but the obvious choice should he sign with a team remains the Hamilton Tiger-Cats who still own his exclusive negotiation rights.

Last week, Hamilton VP of football operations Kent Austin confirmed that the club was still keeping tabs on Manziel after the pivot took part in a pro day last week in San Diego. Manziel has also signed up for a short two-week spring league that begins on April 7, which will allow him to showcase his talents during both the NFL and CFL off-season.

“It’s a very short stint for these exhibitions and they’ll be over very, very quickly,” Austin said at a CFL gathering in Winnipeg last Friday. “You’ll probably see things move pretty quickly after that, in some direction.

“He’s doing well,” Austin added. “He’s worked out, he’s been working out with NFL guys for some time now prior to going down to Texas. It’s all in line.

“From the information that you already have, there’s nothing different from that right now.”

> Ticats still keeping tabs on Manziel
> Cauz: History is not on the side of Johnny Manziel
> More on Manziel, Ticats

Should Manziel fail to land an NFL job in the coming month, the chances of him joining the Ticats surely increase. At the moment, Manziel would have to sign a two-year contract minimum in order to play in the three-down league.

There has been no shortage of chatter related to Manziel and his potential future in the CFL.  Just prior to the new year, the League announced that it would indeed approve a contract for Manziel and the Tiger-Cats have since offered a contract but the two have not reached a deal.  The Manziel camp issued a deadline for the Tiger-Cats of January 31st to reach a deal with the former Cleveland Browns quarterback but nothing materialized.