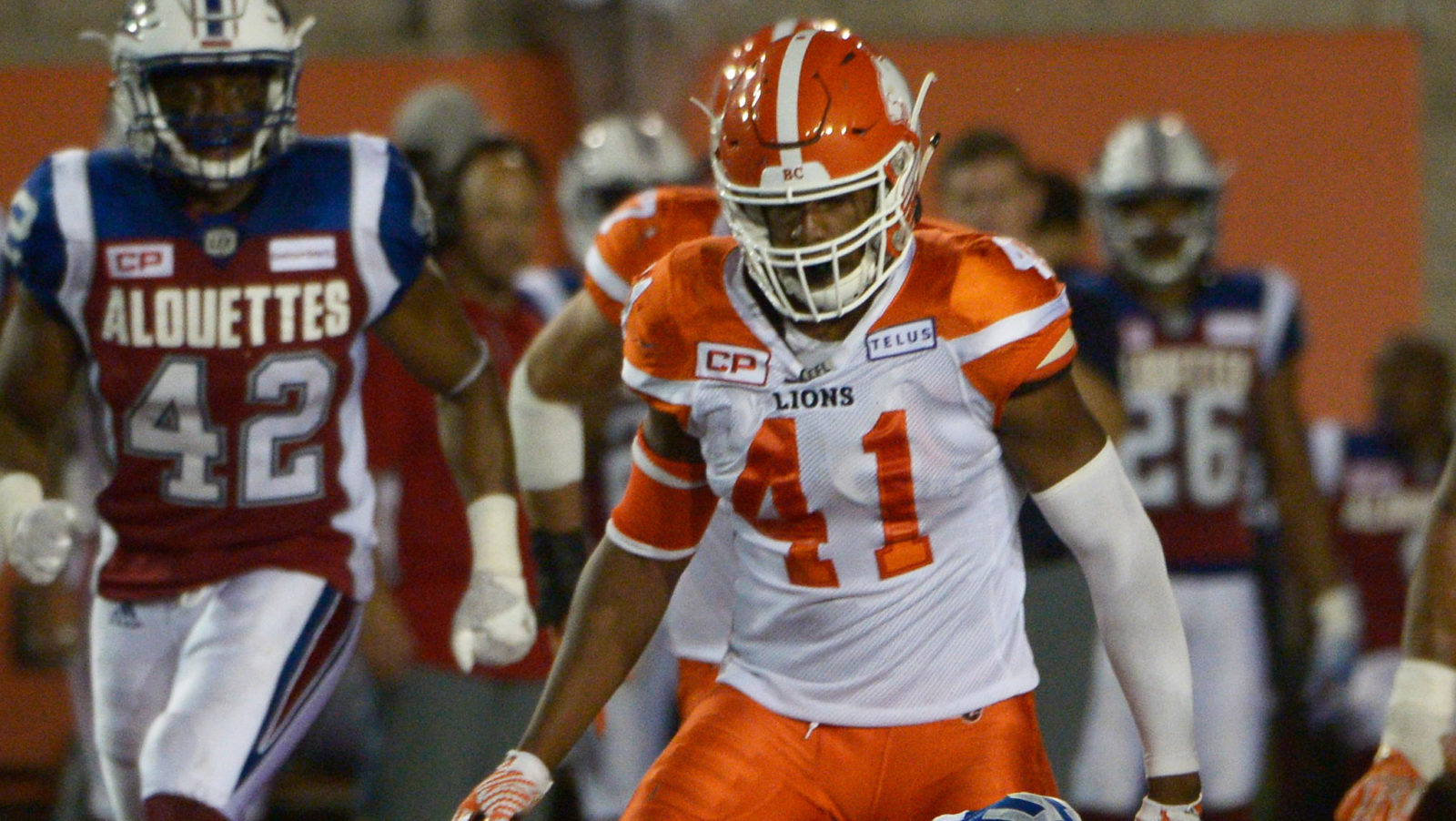 Clarke (6’3”, 233 lbs.), a former Bishop’s University Gaiter returns to la belle province after spending his first three professional seasons with the British Columbia Lions. The 26-year-old has been a force on special teams with the Lions, racking up 25 special teams tackles in 50 games. The Mississauga, Ont. native was selected in the fourth round (32nd overall) of the 2014 CFL Canadian Draft by BC.

Tims (6’5″, 240 lbs.), who was drafted in the sixth round (50th overall) by the Alouettes in 2016, played at the wide receiver position during his first three seasons with the University of Saskatchewan Huskies, before making the switch to the defensive line. The Calgary, AB native was the team’s long snapper throughout his collegiate career, making 3.5 tackles in that role last fall.

Okafor (5’11, 215 lbs.) played two seasons in (2013 and 2014) with the Wilfrid Laurier University Golden Hawks. The 23-year-old running back gained 106 yards and scored one touchdown in 23 rushes. In September 2014 against Waterloo University, the Calgary, AB native scored one touchdown and amassed 62 yards in 10 runs.