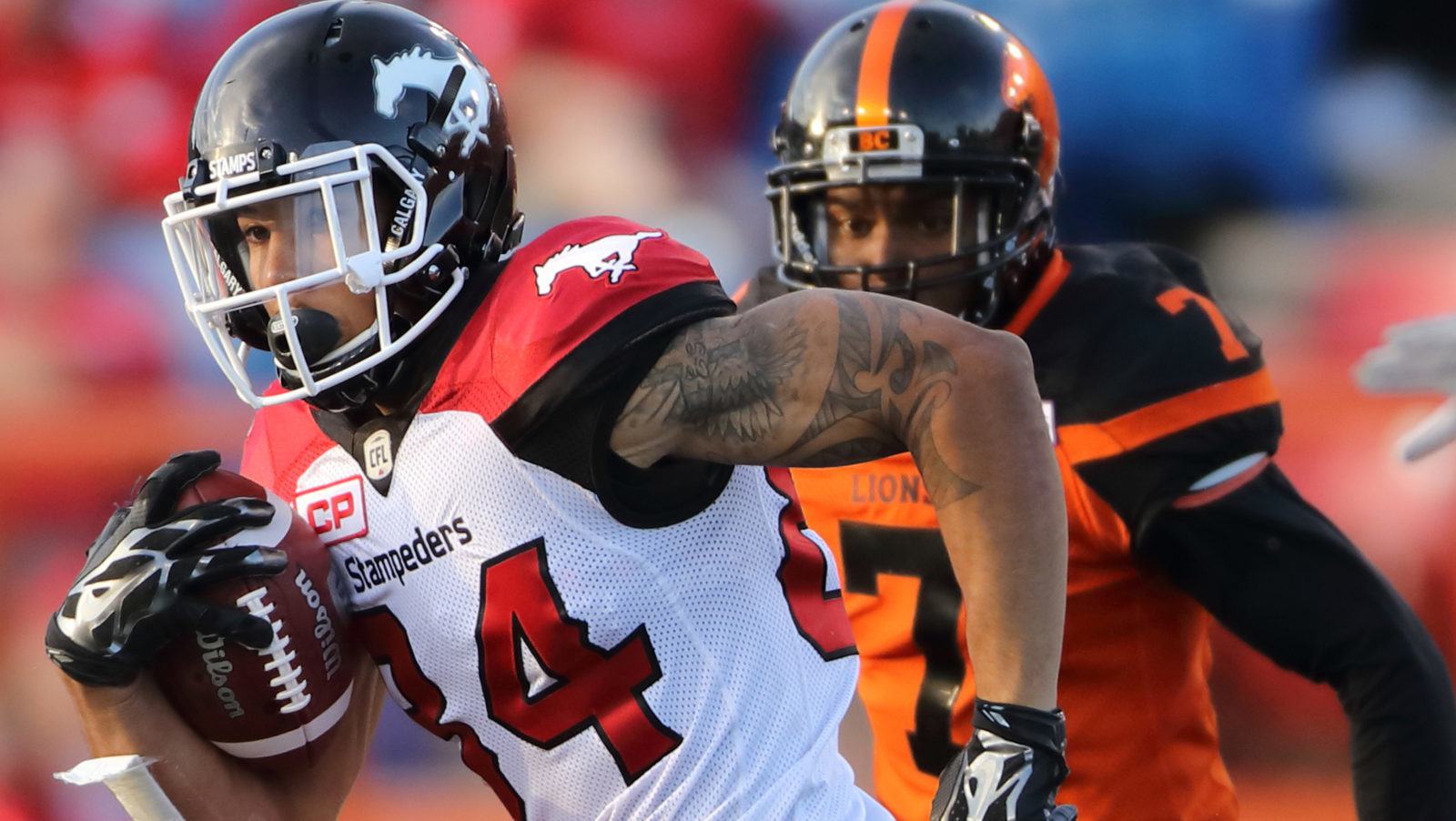 As a young player looking to make his mark, Reggie Begelton knows that the off-season is the place to start.

So he’s been putting in the hours, working hard to improve for the upcoming season.

“I plan on coming in and making a name for myself across the league,” said Begelton. “I want everybody to know my name. I want to be that guy that you can depend on.

“Basically what I’ve been doing is working about four or five days a week. I live in Beaumont, Texas, and I travel twice a week to Katy, Texas (hometown of QB Bo Levi Mitchell, who now resides in Calgary year-round). It’s about an hour-and-forty-five minute drive. I workout with a bunch of familiar faces from the CFL and the NFL.”

Featured in the CFL’s new series The Grind, Begelton and his fellow CFLers give fans a glimpse into the work they put in off the football field.

RELATED:
» Bio: Reggie Begelton by the numbers
» Retired Federkeil suspended for violating drug policy
» Vaughters ready to become ‘next man up’ in Calgary

“I live in the same city as my family, so I see them pretty often,” Begelton said. “As for a vacation, I haven’t really taken a break. I’m trying to establish myself right now. You can enjoy success later in life but right now, I’m grinding.”

The 6-foot-2, 201-lb pass-catcher made an impression in training camp last year but suffered a lower-body injury that kept him off the roster to start the season.

After a quick recovery, the Stamps inked Begelton and were rewarded with 22 receptions, 304 yards, and a touchdown in just nine games.

“From a stress level, it’s down just a little bit this year,” admitted Begelton. “But coming into camp, there’s always guys looking to replace you. You have to go in with the mindset that you’re going to compete every day. I am a little bit more comfortable coming in but at the same time – in the back of my head – I know that the guy next to me is trying to take my spot.

“I have to go in with an attitude.”