Prospect Profile: Queen’s LB looking to be a quick study

Prospect Profile: Queen’s LB looking to be a quick study

TORONTO — CFL Draft prospect Nelkas Kwemo believes his studious approach to the game could set him apart come May 3.

Kwemo moved up three spots from 20 to 17 in the CFL Scouting Bureau rankings back in December, and now hopes that his combine performance last month in Winnipeg can help him earn a high draft selection at the 2018 CFL Draft.

The Queen’s linebacker born in Montreal says he offers much more than just his size, which the scouts are already coveting going into next month.

“I know a number of players that come in, first year out of university, and the trouble they have in their first year at the professional level is they don’t understand the schemes and the things that coaches ask them to do,” said Kwemo.

“It hasn’t been a problem for me in the past. I put in the work, and that’s something teams and fans can look forward to seeing me do on the football field.” 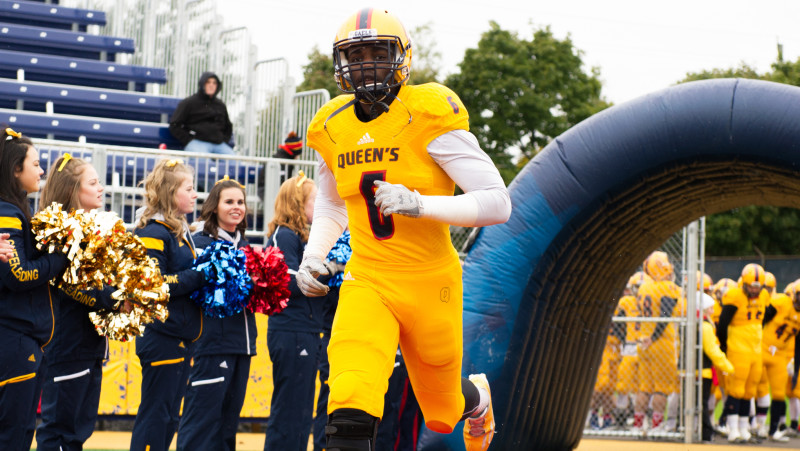 Kwemo played 28 games over four seasons with Queen’s, recording 149 tackles, 9.5 sacks and three interceptions. All of his picks came during the 2017 season.

CFL.ca draft analyst Marshall Ferguson has Kwemo going in the third round, 21st overall, to the BC Lions.

“Nelkas’ frame is unique and his potential, with the right coaching, feels limitless,” Ferguson wrote.

A potential special teams ace with the upside to one day be a starter, Kwemo hopes to put his workman-like reputation on full display as a CFL rookie.

Last year Kwaku Boateng, Tunde Adeleke and Dondre Wright all stood out as first-year CFL players, showing an ability to adapt right out of school.

“The fans can expect a player who puts in the effort,” said Kwemo. “I know a lot of players say that, but I work day in and day out. Anyone who knows me can attest to that.

“Most teams are looking at me because of my size for my position, but I’m dedicated.”

The country’s top prospects will find new homes on May 3, when the 2018 CFL Draft takes place at 8 p.m. ET.