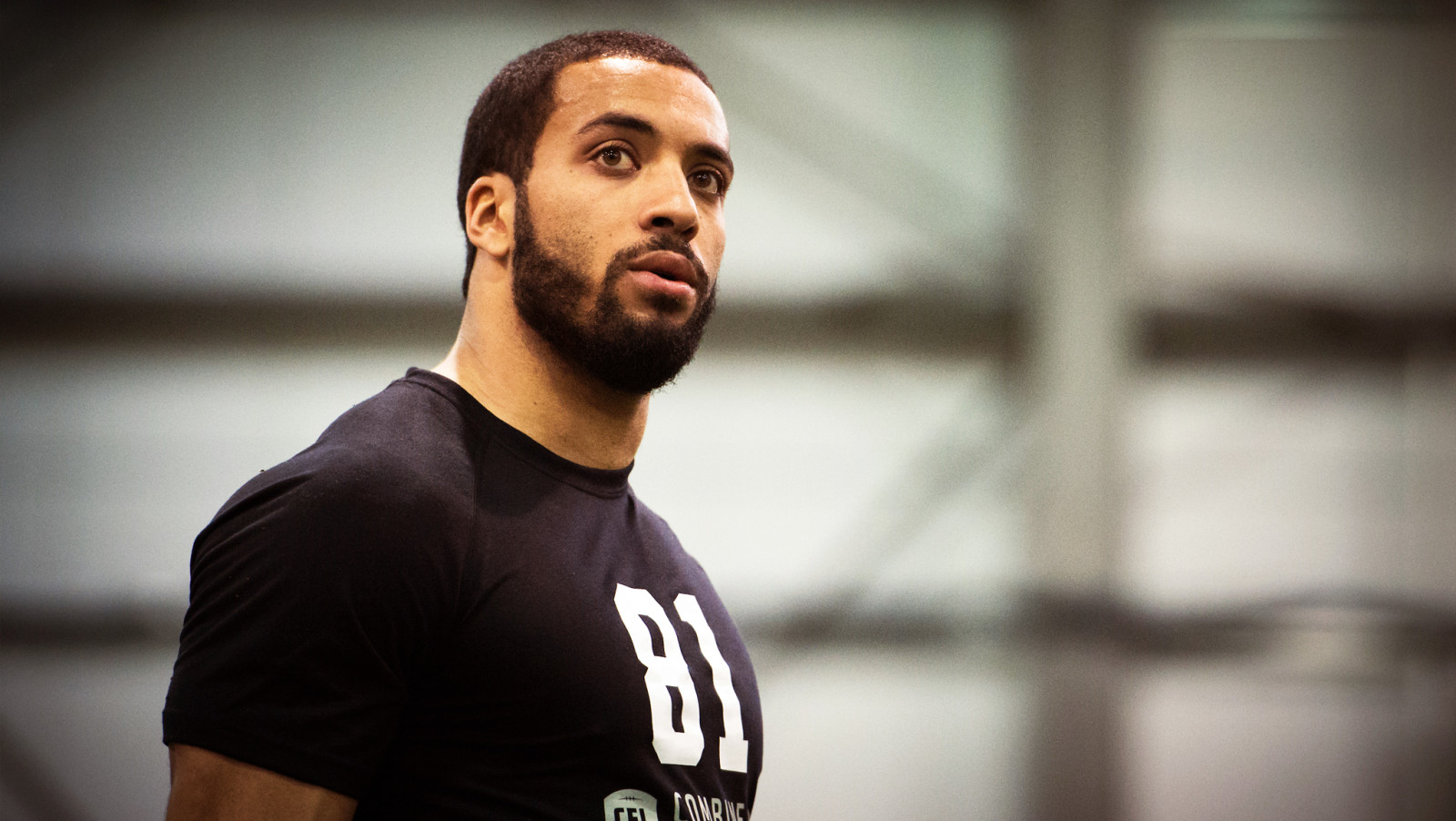 EDMONTON — Nate Behar is hoping to spring ahead this year to make up for lost time last season.

He tried to learn the playbook as fast as he could when he finally joined the team, “but it’s tough to (catch up) because everyone’s in the swing of things already.” Behar played 12 games plus both playoff contests, but ran just one pass route on offence all season.

“It eluded me all year,” he said about his first catch as a professional player. “I got a lot more responsibility on special teams as the year went along, but never quite on the offensive side of the ball. That’s something I had to have patience for.

“I’m ready to go for this year,” he continued. “This year, the pre-season is going to be pretty exciting. I’m really hoping to make a name for myself in mini-camp and at training camp and get the coaches’ trust so I can be out there and get some of those targets from Mr. Mike Reilly and see how the season goes for me.”

Behar flew down to Los Angeles in March to prepare for the Eskimos’ mini-camp at Las Vegas in late April and training camp in mid-May.

“I’m in L.A. for a month before mini-camp so I can get into the warm weather, I can get outside and run routes,” he said. “I’m here with (Eskimos backup quarterback) Zach Kline, one of our quarterbacks, and a handful of other guys from the team and other teams who are around the area who’ll come out and throw with us. I’m super excited to be completely super-submerged in a football culture for a whole extra month before the mini-camp starts. This is an exciting time.” 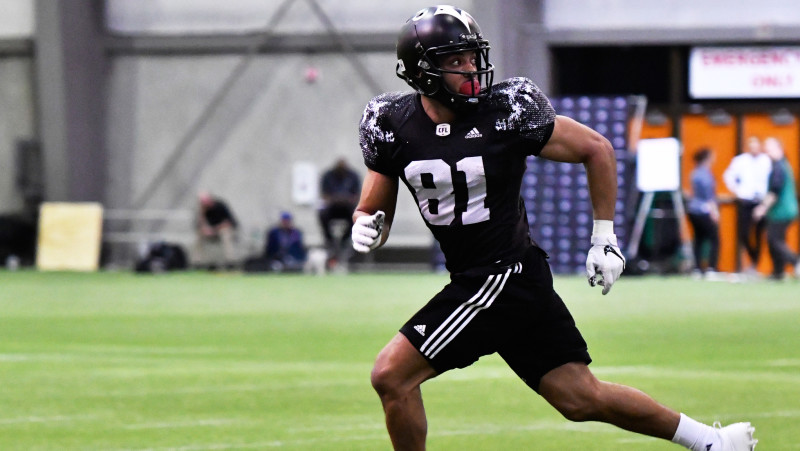 It was also an exciting time last May when Behar was invited to attend an NFL rookie camp with the New York Giants.

“It was nice to get that measuring stick versus some of those big names you see in the NFL Draft and some of their free-agent signings and other guys they had on the roster,” he said.

This year, Behar is solely focussed on the CFL.

Behar, who has “always loved coaching,” was also excited about starting a football camp for teenage players (13 to 19) in London, Ont., during the off-season.

“To make my own camp, to have it in my name and be able to run that in my home town felt awesome,” he said. “It felt really nice to be able to do something I’ve wanted to do for a long time.”

The twice-weekly camp ran over eight weeks from mid-January until mid-March.

“We had a good turnout,” Behar said. “The kids did great. They improved so much.”

Being back in London for an extended period for the first time since high school also gave Behar a chance to reunite with his original fitness trainer, Steve Hendriksen, who owns and operates Powerhouse Training Systems.

“I’ve been with Steve since Grade 10, but while I was in university, I didn’t have a chance to work with him,” Behar said. “It was awesome to be back with him.”

“One of the tough parts about lifting all those dang weights is the body fights back a little bit,” he explained.

Behar’s other off-season ventures included working on possible programs with KidSport in Edmonton and London.

“It’s my first off-season,” he said. “I’m trying to open as many doors as I can. See which ones to unlock.”

He also expects to be involved with the Big Brothers Big Sisters organization in Edmonton again this season.

“It’s something I love,” Behar said. “I was visiting the McCauley club twice a month at least to hang out with the kids. It worked out that our practices would end so I would be able to get there at the end of their activity time, so when they had some free time. We’d hang out at the club and just talk and read.”

Behar was impressed with what he saw at Christmas when fundraising events enabled “a lot of under-privilege kids to go to Old Navy and buy themselves some stuff and you saw kids buying Christmas presents with their money for their family, their mom and brothers and sisters.”

“It was really rewarding,” he said about seeing how the youngsters used their $500 shopping sprees.