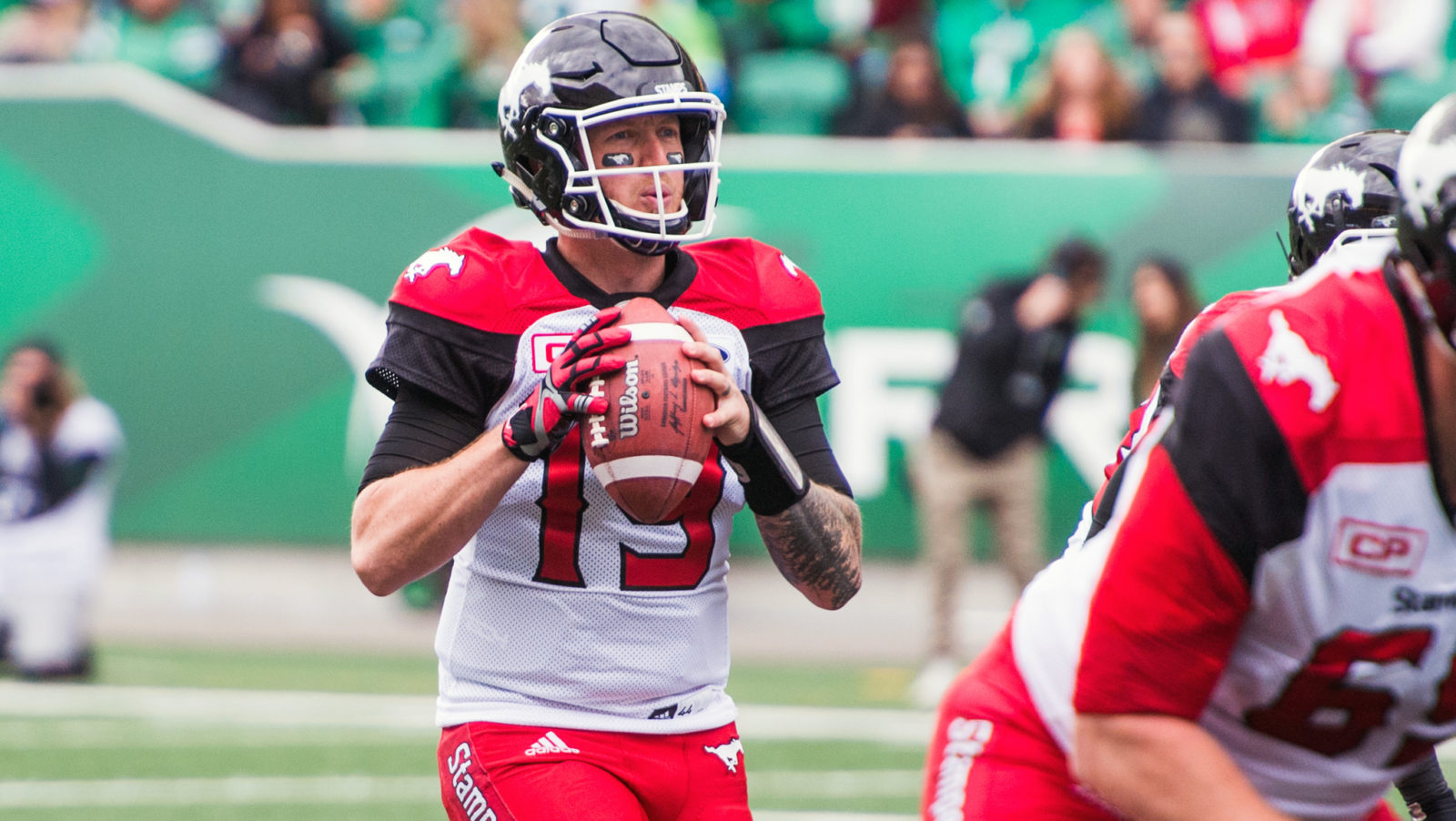 CALGARY — As a starting quarterback, it may be obvious to say there’s a fair bit of weight on Bo Levi Mitchell‘s shoulders going into the 2018 season.

So when the Stamps’ pivot revealed this week that his right shoulder is in good health, the news likely came as a relief to teammates and fans as training camp draws near.

Mitchell has spent his off-season recovering from what he described as small frays in his throwing shoulder. While the injury lingered and caused discomfort throughout much of last season, specialists did not recommend surgery following the 2017 campaign.

Instead, the 2016 Most Outstanding Player has turned to a throwing coach to get his arm ready for the rigours of the football season.

Jeff Peach, an athletic therapist based out of Calgary, comes from a baseball background but has helped Mitchell focus not only on mechanics but taking care of all the muscles in his arm.

“Just having somebody there that’s going to focus on the main mechanics, something I should focus on every day, is huge,” Mitchell told CHQR‘s Mark Stephen on his weekly podcast, White Horse Rides. “I’m focused on so many small muscles on my shoulder that I’ve really started to neglect over the years, I’m relying on my throwing motion, and it’s starting to get back to that point where I can rip the ball 100 per cent with no pain.”

In the interview, which can be heard in its entirety below, Mitchell discusses his off-season so far, his passion for baseball, and the changing leadership dynamic in the Stamps’ locker-room:

Last season the Stampeders led the league with 13 wins, appearing in their second consecutive Grey Cup. Mitchell’s 4,700 yards were the second-highest in his career along with his 8.6 yards per attempt, while he finished the season with 23 touchdowns and 11 interceptions.

Many, however, have suggested that 2017 was an off-year for the perennial MOP candidate. Mitchell refuses to use the injury as an excuse.

“It was a different year, I wouldn’t say off year,” Mitchell told members of the national media during a conference call Wednesday. “I’m not going to point to the injury. I think everybody in this league and in every sport plays injured.

“I was able to push through some things and compensate in other ways, but it’s definitely nothing to blame for anything at the end of the season.”

Mitchell said it was a relief to confirm following the season that there was no structural damage to his shoulder. But the issues he dealt with have changed his approach to the off-season and preparing his arm.

The 28-year-old isn’t the first quarterback to install an off-season program that focuses on throwing mechanics and arm preservation. Three-time NFL MVP Tom Brady and four-time Grey Cup Champion Ricky Ray of the Toronto Argonauts have both worked with famed pitching coach Tom House, who pitched for eight seasons in Major League Baseball. 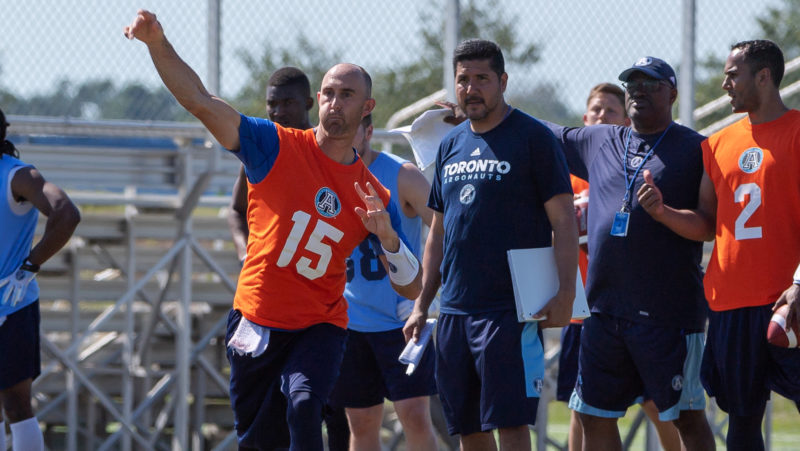 Ricky Ray’s focus on arm preservation has allowed him to enjoy an extended career (Stacey White/Argonauts.ca)

With the help of House, who was portrayed by Bill Paxton in the Hollywood film ‘Million Dollar Arm’, Ray overcame shoulder surgery in 2015 that at the time appeared to have threatened his career. Now 38, Ray was the East Division’s Most Outstanding Player last season and is back for a 16th CFL campaign.

Peach’s work with Mitchell has likely been similar.

“He really knows just so much mechanically about the shoulder, about the preservation of it,” said Mitchell. “I’m not changing my mechanics at all, I’m going to throw the exact same. It was about spending the proper amount of time during the off-season on strengthening my shoulder, the muscles in my shoulder and not spending so much time on your bigger muscles like the abs like a lot of guys focus on.

“Just diving in and committing myself to the health of my shoulder and making sure that it’s strong.”

Mitchell will likely report to Stamps training camp along with the rest of the quarterbacks and rookies on May 16. Full training camp opens on May 20 while the Stamps open up pre-season on June 1 when they host the BC Lions.