CALGARY — The 107th Grey Cup presented by Shaw is coming to Calgary in 2019, the Canadian Football League announced on Wednesday.

“The home of a leading football operation in the Stampeders, Calgary is also known around the world for its tremendous hospitality, love of sport and ability to put on world-class events,” said Randy Ambrosie, Commissioner of the Canadian Football League.

“We have every confidence this city will put on a Grey Cup worthy of Canada’s greatest sporting tradition.” 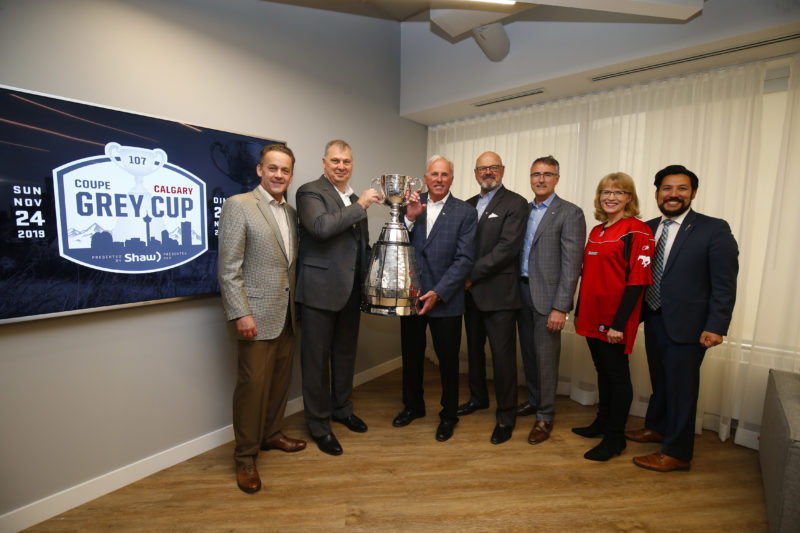 “On behalf of our ownership group and the entire Calgary Stampeders organization, I thank the Canadian Football League, the board of governors and Commissioner Randy Ambrosie for entrusting us with the responsibility—and the privilege—of hosting the 2019 Grey Cup presented by Shaw,” said John Hufnagel, President and General Manager of the Calgary Stampeders. “This would not have been possible without the support of our partners at the City of Calgary, the Province of Alberta and Tourism Calgary and we look forward to working together to put on a very successful event.

“With tremendous volunteer spirit and a commitment to Western hospitality, Calgary has a tradition of hosting world-class events and I know the 2019 Grey Cup will only enhance that well-deserved reputation. We are very grateful for this opportunity and we look forward to welcoming fans from across Canada to our house in 2019.”

“Since 2015, our partnership with the CFL has allowed us to be a part of the excitement Canadians feel when they come together to celebrate our country’s most iconic sporting event,” said Brad Shaw, Chief Executive Officer of Shaw Communications. “The opportunity to help bring that energy to Calgary—our home city—is truly special for us, and we are eager to work with our partners to create the best Grey Cup experience yet.”

The Grey Cup game is preceded by a week-long festival, which features activities for fans of all ages, parties and top entertainment. Studies have pegged the potential economic impact each year at more than $100 million.

Today, the Stampeders also announced that fans that purchase Stampeders season’s tickets for the upcoming 2018 season, which are on sale now, will be guaranteed the opportunity to buy a Grey Cup seat for 2019 ahead of the general public.

“One of the things that makes the Grey Cup unique is that it truly belongs to CFL fans,” Hufnagel said.

“We want our fans to have the first opportunity to be at the 107th Grey Cup presented by Shaw in 2019—and we’re going to do everything in our power to make sure our football team is there too.”