Ferguson: What will Hamilton do with the first overall pick? 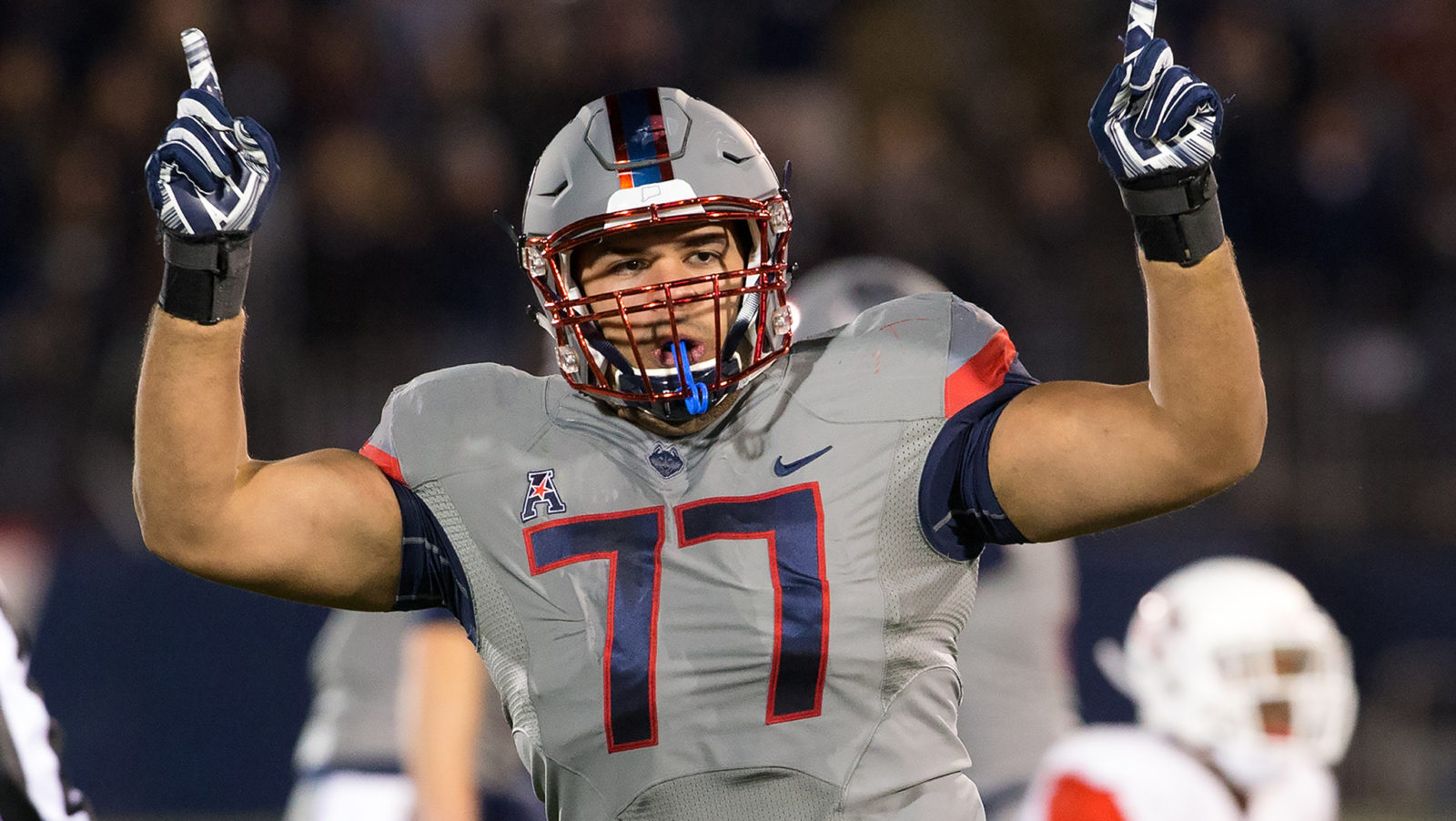 Ferguson: What will Hamilton do with the first overall pick?

It was only one trade and it changed a grand total of one drafting spot in the top ten between two teams who already knew they were going to get highly touted players.

So what’s the big deal about yesterday’s swap of first and second overall picks between Hamilton and Montreal?

First, after months of Hamilton negotiating with Johnny Manziel and the Montreal Alouettes being one of – if not the only – teams in the CFL looking for an answer at quarterback heading into 2018 the Ticats and Alouettes swapped top picks for amongst other things “a negotiation list player.”

It has been reported to be a quarterback. So Johnny is about to re-invigorate the Montreal market with his flashy brand of football right? As Manziel himself tweeted at me earlier this season, “Not so fast…”

The most meaningful part of this trade from a “right now” perspective is undoubtedly the Ticats parting ways with Ryan Bomben. While Hamilton fans had grown to love Bomben’s role on the team as a consistent contributor on an offensive line that has had little carry-over in recent years, this move appears to have been made with the head and not the heart.

The Burlington native is by no means old at 30 years of age but he is an established veteran lineman who was going to be due a decent chunk of change moving forward. By moving Bomben, the team creates a perceived void but do have Landon Rice, Everton Williams and Braden Schram available to compete for the starting job at right guard immediately barring a high draft pick on the offensive line supplanting all three, more on that in a minute.

The Ticats also saw the positive effect that turning Peter Dyakowski into a younger, fresher, more agile Brandon Revenberg via the draft had on their offence in June Jones’ quick passing attack last year which I believe could have been a motivating factor along with money to move Bomben and open the door for another ‘Revenberg style’ offensive lineman to flourish.

That is the best way I can summarize the tangible pieces of this trade. Now to the guessing game and sudden intrigue of Hamilton and Montreal.

Who goes where, and why?

This draft is going to go one of two very distinctly different directions based on the top pick.

The first of two scenarios sees the Ticats go receiver with the top pick and chase an offensive lineman with their newly acquired sixth overall pick via the Eskimos.

Despite talking to some CFL types who believe Central Michigan receiver Mark Chapman is the target of the Ticats move forward one spot I believe UCONN offensive lineman Trey Rutherford has to be the top overall pick BUT there are a multitude of situations which I can see this first circumstance unfolding tonight. 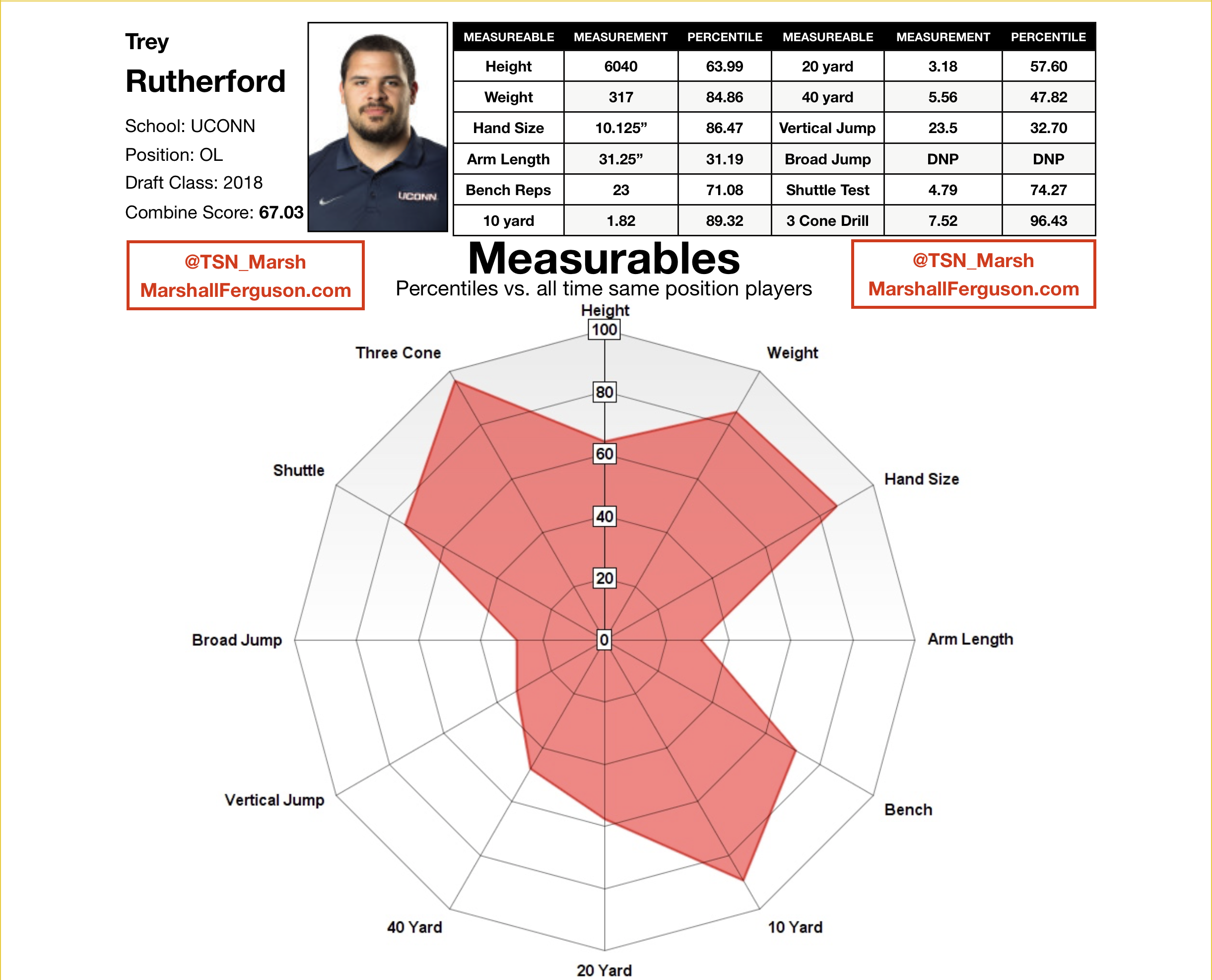 If Hamilton moved Ryan Bomben because they were scared of losing Mark Chapman they have created a perceived void – despite the developmental names discussed above – on an offensive line that was the Achilles heel of offensive production during an 0-8 start last year.

That would seem strange to me and – based on social media interaction – many of you.

Was Montreal threatening to take Chapman first and the Ticats needed him so badly they were willing to shed Bomben’s salary cap commitments, promote from within, guarantee their national receiver talent with Chapman as the top pick and search for an offensive lineman with their 6th or 11th pick?

That is absolutely a possibility but it calls into question if Montreal was actually going to take Chapman first overall why they wouldn’t stay there since this is a deep offensive line draft by many measures a receiver pick would be deemed more valuable than offensive line due to the nature of supply and demand.

To me this is a case of two teams leveraging each other for different needs.

Hamilton wanted to get younger on the offensive line and drop some financial weight. In doing so they also earned the right to select a receiver they are believed to feel strongly about who fits perfectly into June Jones college style scheme while Montreal might has used their higher draft position to threaten taking Chapman only to leverage a play now offensive lineman in Bomben and still be able to make an extremely select pick at second overall.

If this first scenario unfolds at 8 p.m. ET, do the Alouettes happily take Rutherford at number two as the man they would’ve taken at one anyways or does Montreal have another trick up their sleeve that could involve trading back again to take another play now player in exchange for the right to draft a Mark Korte or Dan Petermann in the mid-first round?

The second scenario is the one I see more likely to play out. Hamilton moved Ryan Bomben to save money and get younger which they can immediately replace with Trey Rutherford in competition with Williams, Rice and Schram. In this move the Ticats achieve their goals and end up likely still having receivers available at sixth overall such as local boy Dan Petermann of Stoney Creek’s Cardinal Newman Secondary and McMaster University fame.

June Jones said yesterday on TSN 1150 Hamilton that the Hamilton trade with Edmonton (essentially Ticats receiving 6th overall for 10th and 20th picks) was made in conjunction with the move to take Montreal top overall pick. Does that mean Hamilton felt the need to jump ahead to one to get their receiver in Chapman and leapfrog three teams to the six spot to guarantee getting the lineman they want OR did Hamilton make those moves in hopes of locking in Bomben’s replacement on the line with the top pick but still being a high enough pick at sixth overall to get one of the few quality receivers?

Any of this is possible, hell it’s the CFL. Hamilton could trade out or draft someone completely off our radar. Who knows! Only time will tell but one thing is for sure. With one trade this draft started a day early.