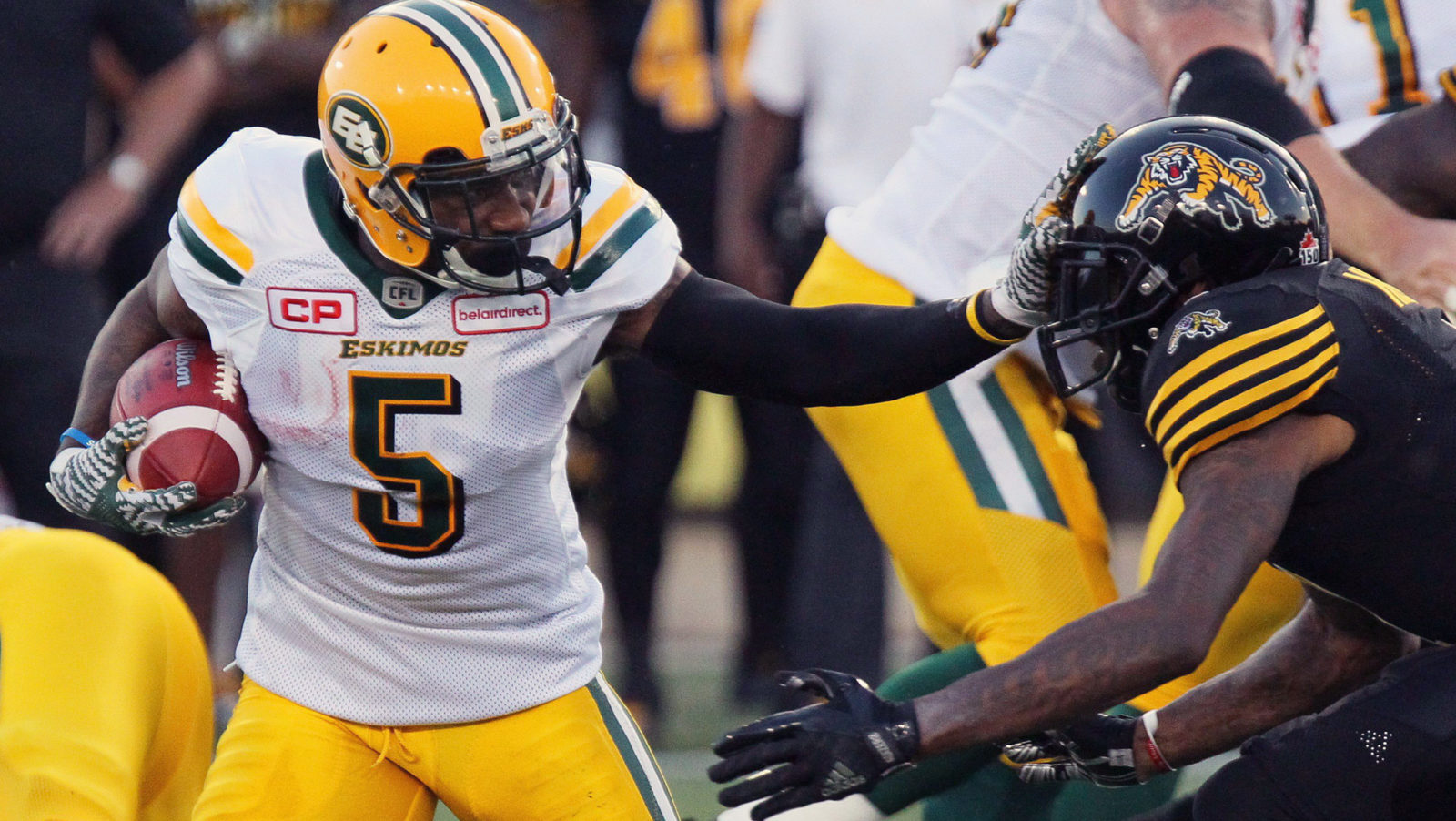 VANCOUVER — Travon Van has followed Ed Hervey to the West Coast, signing a one-year deal with the BC Lions.

The deal was announced Thursday, reuniting Van, who was released last month, with the GM that originally brought him to Edmonton.

The Lions also announced the addition of international running back Shaun Wick.

Van, a 5-foot-11, 205-pound back, spent the 2017 season with the Edmonton Eskimos appearing in six games tallying 71 carries for 283 yards and three touchdowns with another 69 yards on 17 receptions. The speedster out of the University of Montana was also a contributor on special teams recording 83 yards on seven punt returns last year and 148 yards on six kickoff returns.

“Travon is a dynamic offensive weapon who also brings significant special teams potential to our club,” said GM Ed Hervey. “As Wally and I have stated previously, every position on the field is going to be a competition in training camp and I expect Travon to be extremely motivated with this opportunity.”

Beginning his CFL career as a member of the Ottawa RedBlacks in 2015, Van has appeared in 18 games over the past three seasons and was a member of Ottawa’s 2016 Grey Cup title squad.

The Lions also announced that fellow running back Wick (5’10, 210) has been signed following an impressive showing at the team’s mini-camp in April. The University of Wyoming grad wrapped-up a productive collegiate career (2014-17) appearing in 50 games racking-up 2,533 rushing yards and 21 touchdowns over 516 career carries with another 356 yards and a pair of majors on 53 receptions. Wick was added to Edmonton’s expanded practice roster last November, but did not see regular season action before being waived.