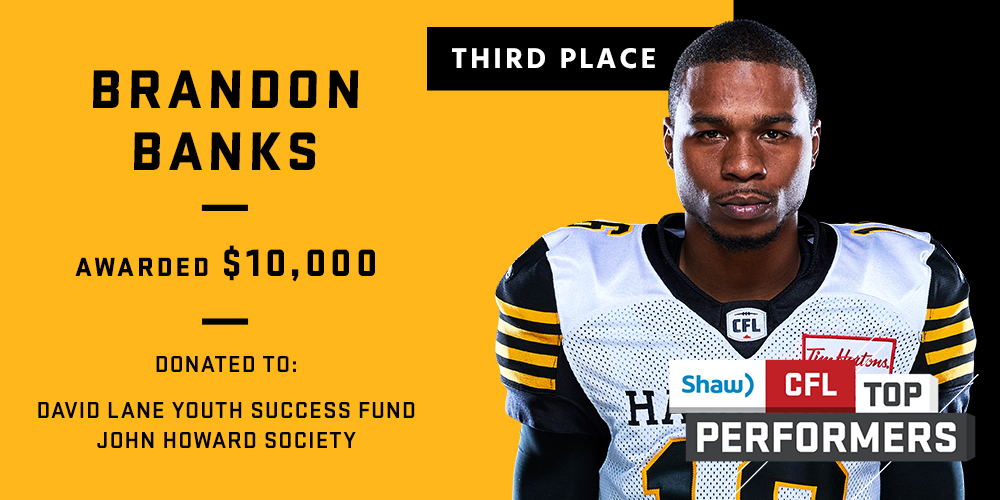 When Brandon Banks was rolling through the second half of the 2017 season, building toward the first 1,000-yard season of his career, he had no idea that he was about to accomplish something off the field, too.

When the Hamilton Tiger-Cats’ receiver found out he’d finished third in the Shaw CFL Top Performers program, putting $10,000 in his hands to donate to his favourite Canadian charity, he instantly knew where he wanted to send it.

He immediately called Sherri Bonnallie in Hamilton, the founder of Give Proof To Our Youth.

“I knew right away,” Banks said from his hometown of Raleigh, North Carolina. “It’s people that I know and that I’m pretty well-connected to. I’ve been with the youth program the last three or four years so I knew right away where I was going to go with it.”

Bonnallie was thrilled, but there was one hitch. Still a grassroots organization, Give Proof To Our Youth doesn’t have the required certification to take the money; it’s something they’re hoping to attain this year or next.

“I think it’s a beautiful thing, that he gestured that to us but we said, ‘We can’t. Maybe next year, think of us next year, too,’” Bonnallie, a huge Tiger-Cats fan, laughed.

Banks, through Give Proof To Our Youth, will donate the money to the David Lane Youth Success Fund. Its goal is to financially support at-risk and marginalized youth in the Hamilton area. The group has enabled youth from impoverished backgrounds with difficult and challenging life circumstances to pursue post-secondary education, including university, community college or training in trades schools. It’s a life-changing opportunity for each recipient.

“(The donation) is awesome,” Bonnallie said. “We’re so happy to give it to someone that has a scholarship in line already. We’re fine with that. We’re just very happy that he chose us.”

Banks first met Bonnallie six years ago, through the Tiger-Cats. She told him that her 23-year-old son, Marley Jordan Rowe, had been randomly murdered at a New Year’s Eve party. His case has not been solved. Through his death, she was inspired to start Give Proof To Our Youth, which encourages healthy life choice by promoting education and positive participation in community.

“Her son had just got killed in some street violence and she was starting a non-profit and raising awareness around the city, because around that time two or three years ago, the city was experiencing a lot of gun violence and stabbings, things like that,” Banks said.

“I was interested, because where I come from I’ve seen a lot of things like that. I was pretty interested in it and I felt so sorry for her and we’ve connected ever since that day.”

Banks’ presence at events like the Barton Street Peace March and Peace For Hamilton have resonated with the kids he’s spoken to. 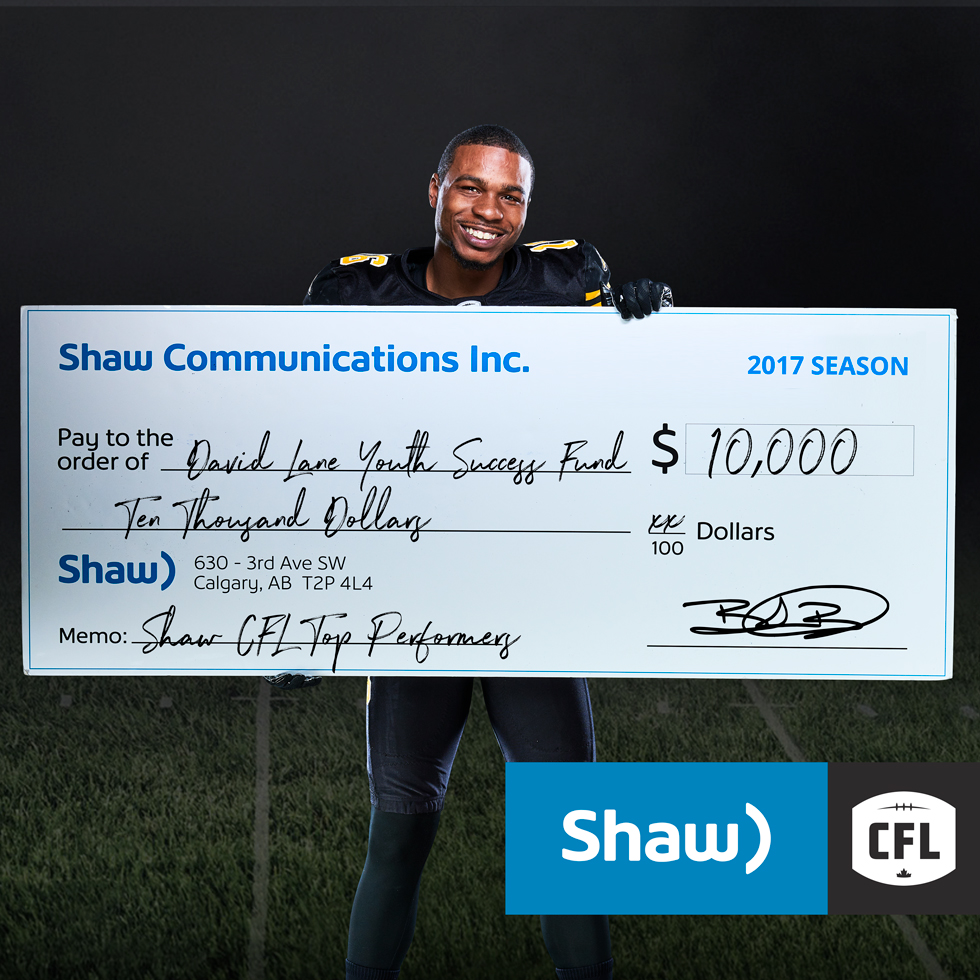 “When he talks to the kids he tells them he grew up in a rough neighbourhood, he was very poor, his mom was a single mom,” Bonnallie said.

“He just tells a story about his childhood and how he grew up and even though he was a little guy, he tried his hardest to get through, right? And he made it. Yes, he had all those struggles, but he did it. They can too. That’s what he tries to say to them.”

Banks remembers having guest speakers at the Boys and Girls Club in Raleigh when he was a kid and what that meant to him. It hits home with kids when they see someone from similar backgrounds to them as proof that they can succeed in life.

“I think when you see people that come into your neighbourhood and are able to tell you something that you want to do and (affirm) your dreams and your hopes, you see they can do it and you can start believing that you can do it,” Banks said. “It’s important to get people out in your local community and being in kids’ faces. For me growing up, it was definitely an exciting day for me when I heard someone was coming to the Boys and Girls club, or to the school, things like that.”

Bonnallie, whose group started out at 42 people and now has 400 people involved with it, sees the impact that Banks is having on children in Hamilton. She sees kids getting involved in football, pursuing their dreams and believing they can be successful. She can’t wait to get him involved in as much as he can do in 2018.

“It’s so cool that they want to be something,” she said, “and it’s awesome that he gives them that little spark.”