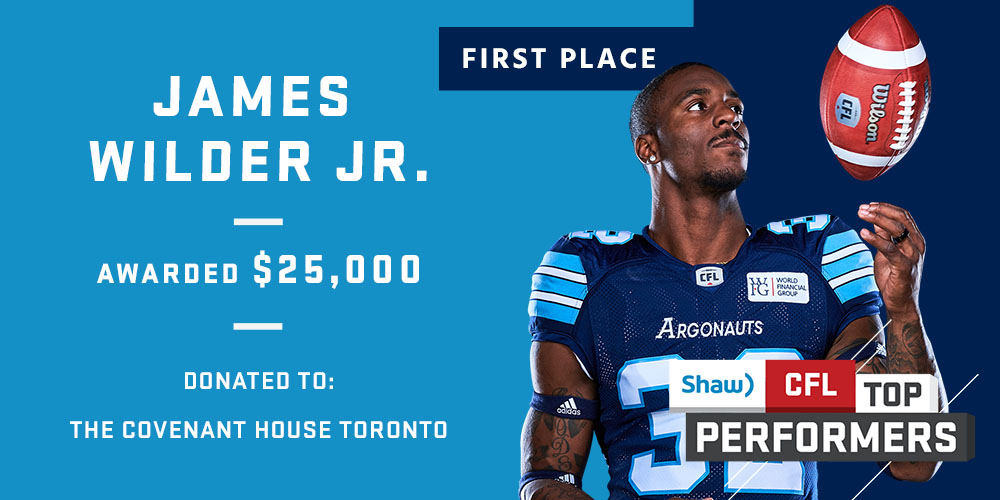 James Wilder Jr. had just finished up at the Toronto Argonauts’ mini-camp at the IMG Academy in Bradenton, Florida.

The Argos’ star running back sat under a covered bench, while Argos staffers packed up what was left from their camp, readying it for the trip back to Toronto.

Wilder, the reigning CFL Most Outstanding Rookie and the first-place finisher in Shaw Top Performer points in 2017, took a break from talking football to talk about another passion of his: Helping children.

“It’s giving children opportunities that we didn’t have. For example, this IMG place we’re at, this is a great opportunity for kids, but kids that are homeless,” Wilder looked around and shrugged. “They have a lack of resources.”

The IMG Academy is a private school geared toward elite athletes that has a lofty annual tuition. Its student body is drastically different than what Wilder spent his time around over the winter.

“I used to talk at some homeless shelters in Tampa and when I was in Texas this offseason I was working at a place for troubled kids,” he said. “I just felt like they should have a better way. Most of these kids aren’t in trouble. It’s just their circumstances.”

As the Shaw Top Performer last year, Wilder was given $25,000 to donate to a Canadian charity of his choosing. The money will go to Covenant House Toronto: a homeless youth shelter that serves suffering children and youth on the street and works to protect and safeguard all children and youth.

“It’s good for kids, it gives them an opportunity. You never know which kid could (take advantage of) that,” Wilder said.

In Dallas, Wilder worked with kids between the ages of 13 and 17. It was hard to hear some of their problems and the circumstances that brought them together. 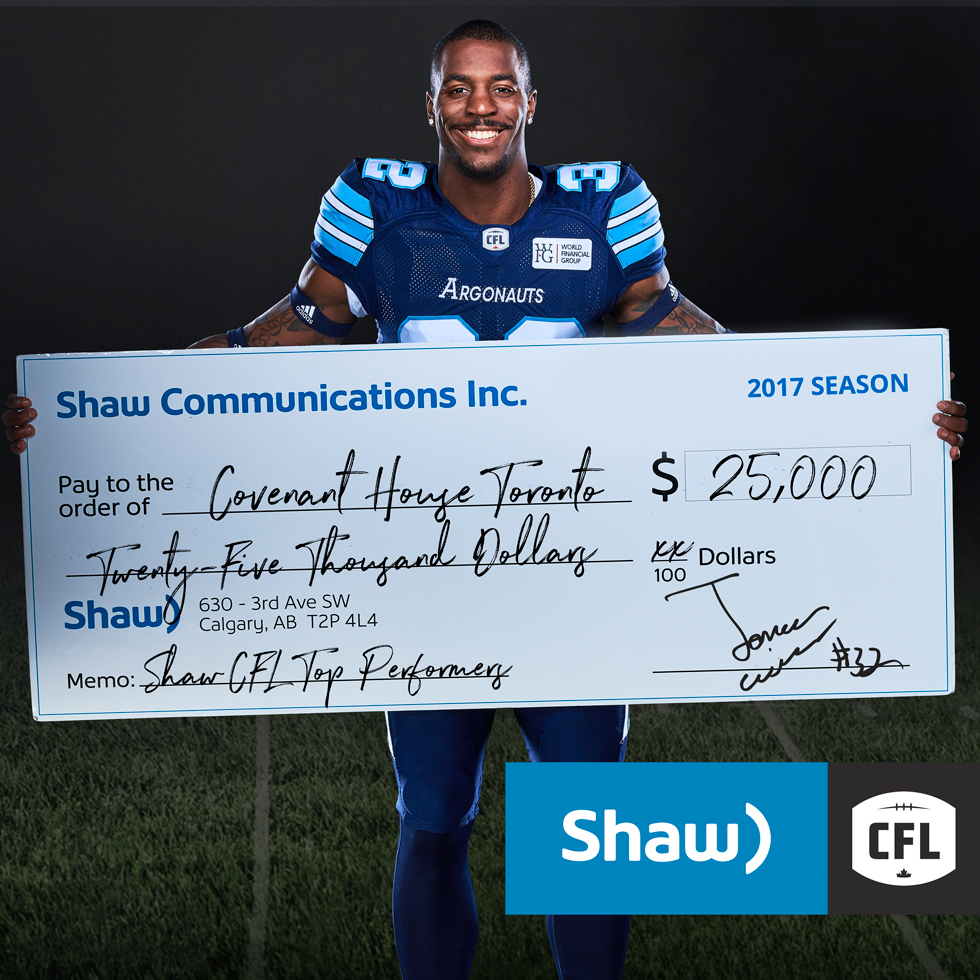 “It’s sad, these kids, they just don’t have the same opportunities as someone with both parents, or somebody with one parent that wants to be in their life. Foster homes can be great of course, but (the kids) should have more opportunity and $25,000 could help that.

“Even if it was just one (children’s shelter), if that makes a difference. I think one (shelter) can carry up to 40 children. If that changes one person, we did right, we did good.”

Wilder grew up comfortably. His father, James Wilder, Sr. had a 10-year NFL career. He’s never had to live on the streets, but he said playing football you meet all kinds of people from many different backgrounds. That’s taught him a lot.

“When a team comes together, it’s a lot of people from different areas and as you get cool with them, you get that bond and start talking,” he said. “You just hear their circumstances and it’s like, it’s crazy.