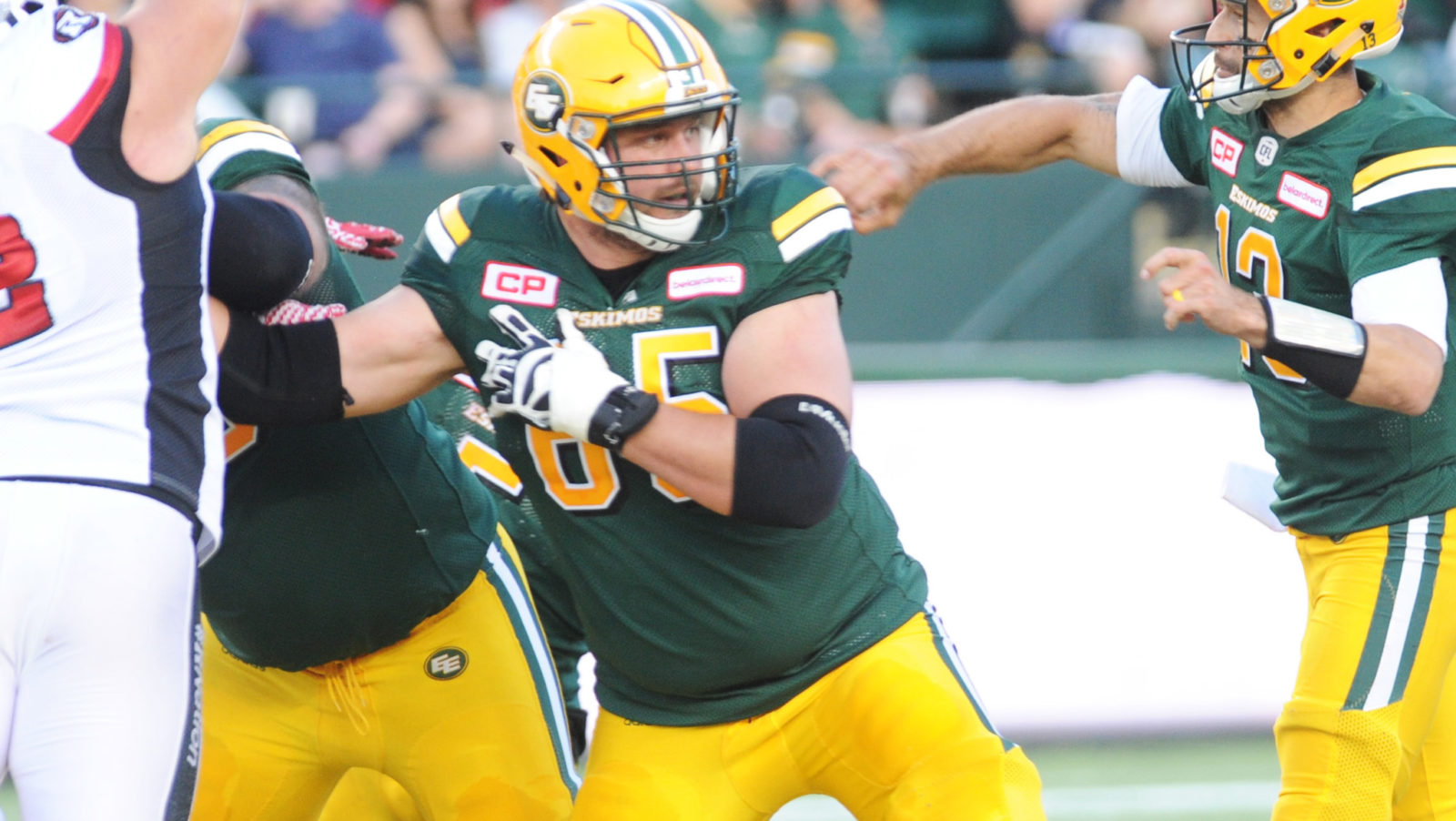 The Westlock native spent the past six seasons with the Green and Gold appearing in 70 games at guard and center. In 2014, he was named a West Division and CFL All-Star as well as the Eskimos Most Outstanding Offensive Lineman.

“Rehabbing and training over the past six months has brought me to a place where I am still not physically where I want to be to start the season, ” said Rottier. “With the young talent that is coming up, I realize it’s time for me to take a step back. I will still continue training in case there is an opportunity in which I can contribute later this season.”

Rottier entered the league in 2009 with Hamilton after becoming the first player in the history of the University of Alberta to be selected first overall in the CFL Draft. He would spend the next three seasons with the Tiger-Cats before signing with the Eskimos in 2012.

“Simeon embodies every characteristic the Edmonton Eskimos want in a person and player. He is the ultimate class act and gentlemen off the field, and also a Grey Cup champion and CFL All-Star on the field,” said Eskimos General Manager and Vice President of Football Operations Brock Sunderland. “He will be sorely missed throughout our organization and we wish him all the best in the next chapter of his life.”