After MOP season, Reilly focused on getting to Grey Cup 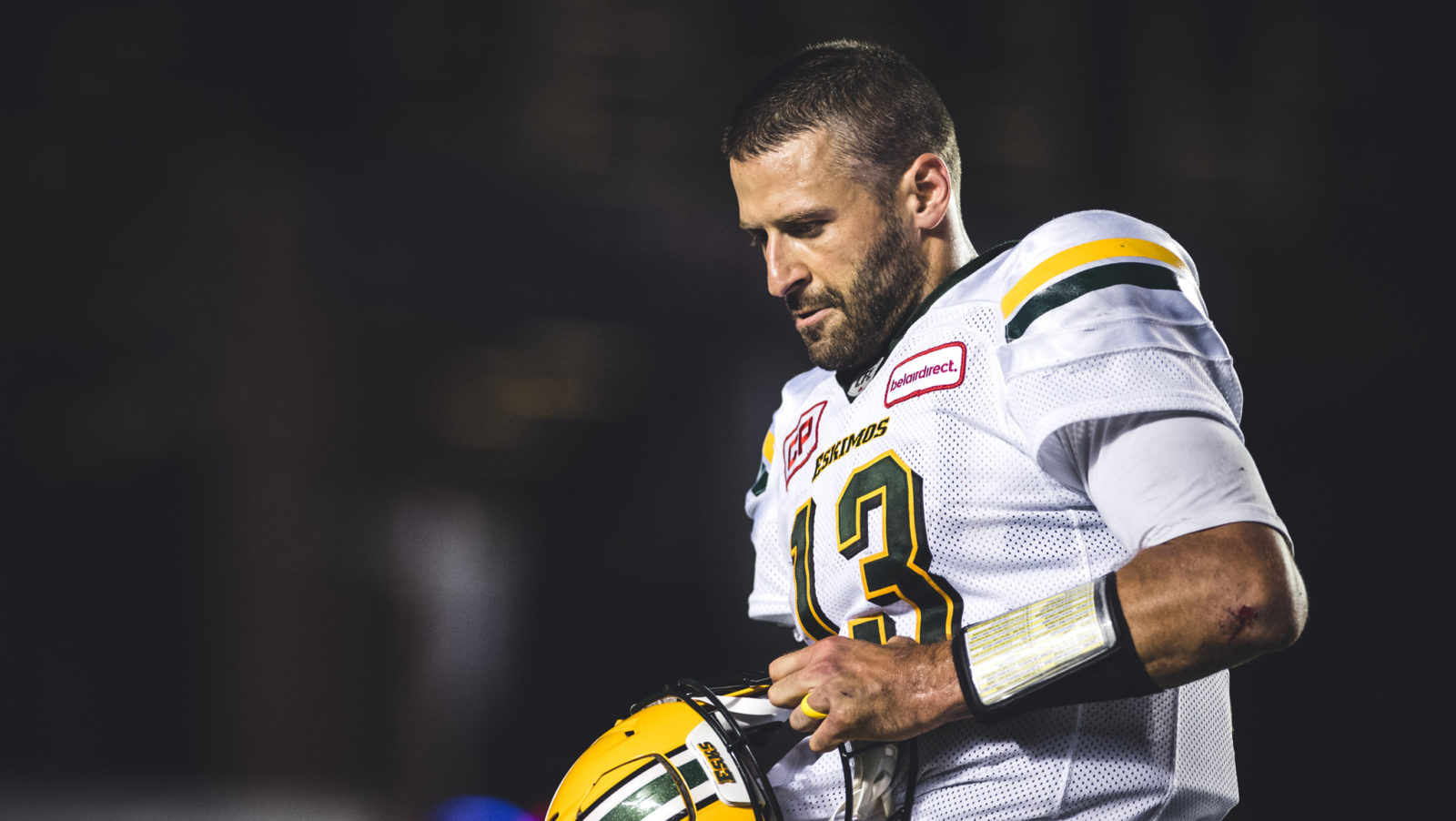 After MOP season, Reilly focused on getting to Grey Cup

Mike Reilly stood on the stage at the Shaw CFL Awards looking out into the crowd and a wave of emotions hit him all at once.

He was, of course, thrilled to be the first Edmonton Eskimo to win Most Outstanding Player since 1989 but the happiness slowly turned to disappointment when he didn’t see any of his comrades in the audience.

“That night was tough,” Reilly admitted during Mark’s CFL Week in Winnipeg. “Standing on that stage and looking out and not having any of my teammates there was a bummer. It was such a bittersweet moment because towards the end of the year when I knew that I was going to be up for the award I could picture that night.

“But I pictured 50 or 60 of my teammates sitting out there going, ‘alright, let’s wrap this up so we can go home and get some sleep and get ready to play in this game.’ Our season ended before we had the opportunity to do that.”

RELATED:
» Bio: Mike Reilly by the numbers
» Rottier retires after six seasons with the Esks
» Reilly, Bowman still finding connection off the field 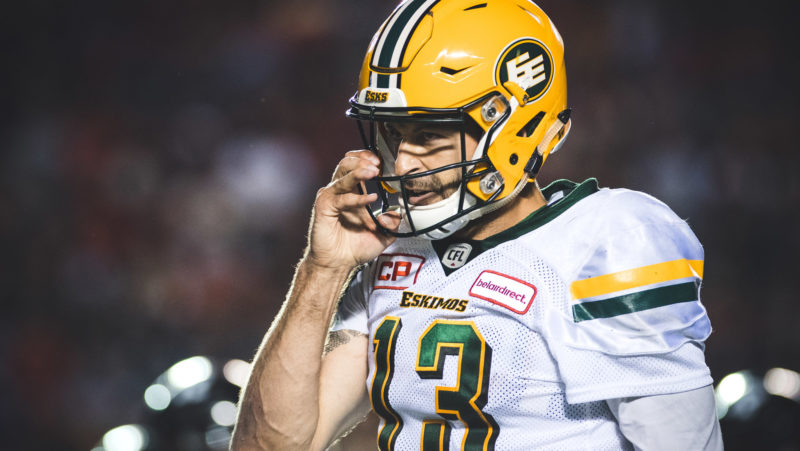 While Reilly enjoyed the best season of his CFL career – he hit career-highs in yards (5,830) and touchdowns (30) – his Eskimos’ run in the playoffs came to a crashing halt in the Western Final.

A 32-28 loss to the Calgary Stampeders was the end of their season – one game away from the Grey Cup.

In the game of football, Reilly knows that each individual award is won by an entire team. A special teams award winner can attribute their success to the team’s defence getting the other team in bad position to punt the ball away or to the rest of the special teams unit that is blocking down the field. The coaches also have to get credit for an award win because after all, they are the ones that are designing the schemes to run.

And that philosophy is the same for all positions, including quarterbacks.

“And the only way that any of that works is if our coaches are designing great schemes and having good game plans to put us in a position to be successful.” 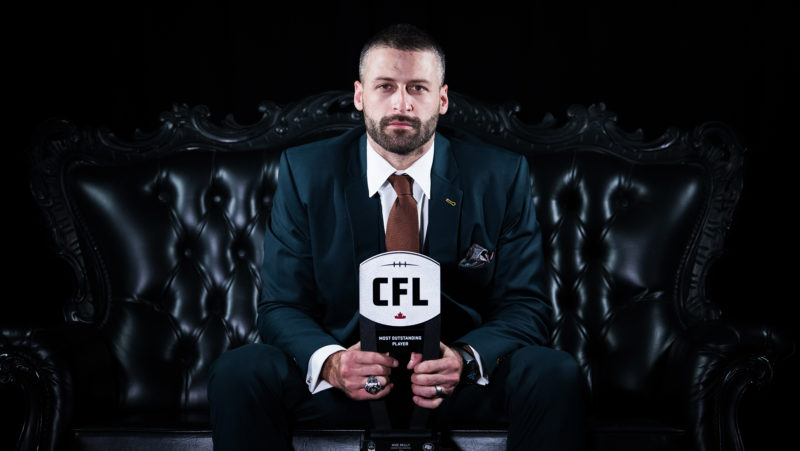 Reilly poses with his MOP trophy after the Shaw CFL Awards (Johany Jutras/CFL.ca)

As training camp gets underway this weekend and the team is ready to get the 2018 season started, Reilly is hopeful that he can finish off the year the way he wanted 2017 to end – playing for the Grey Cup at the end of November – even without the personal accolades.

To add even more motivation for the Eskimos, the final championship game will be played in their own house at Commonwealth Stadium and Reilly wants to make sure that he and his team are the ones playing in that game.

“We know how important the Eskimo football organization is to the city of Edmonton,” Reilly said. “Every year the ultimate goal is to win the Grey Cup but when you know it’s in your backyard and you know that you have a chance to be able to play for the championship in front of your home fanbase, there’s no bigger motivation in the world to figure out a way to get into that game.”