Virtual Reality: Manziel taking reps without even hitting the field 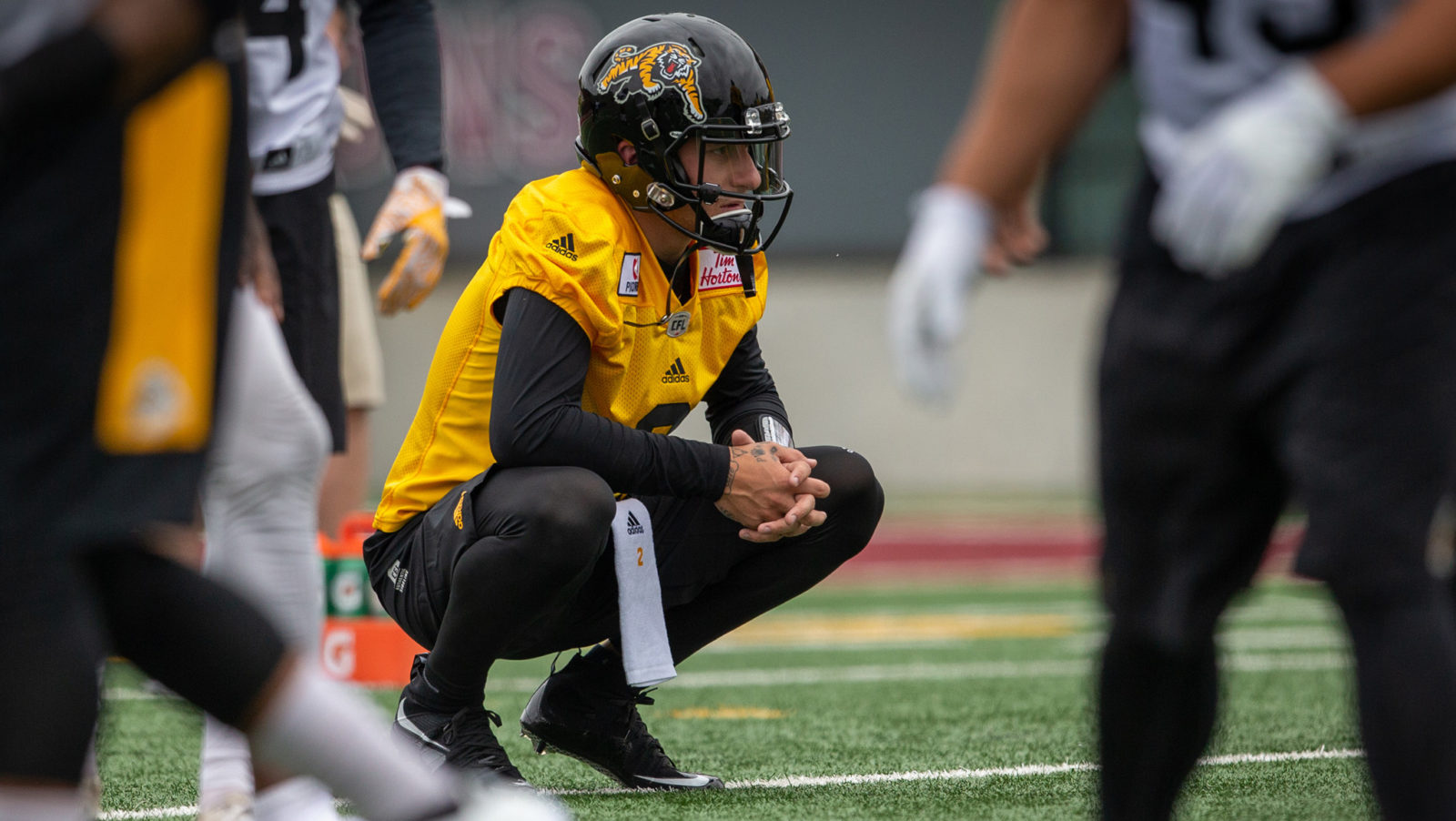 Virtual Reality: Manziel taking reps without even hitting the field

As he baby steps his way through the offensive nuances of the CFL, Johnny Manziel’s most important work might be taking place in the Hamilton Tiger-Cats’ meeting room.

Through the first three days of training camp, Manziel has been using a virtual reality headset that lets him see what Ticats’ starter Jeremiah Masoli has seen in practice to date.

“We used them (Monday) afternoon and I thought it was very helpful,” Manziel said.

“It’s very high quality and I get to take some of the other guys’ reps and see every play. So if you walk through a whole script (on-field) and you only get two to four plays out of that, I’m getting a chance to look at all 22, 24 plays. I think it’s advantageous in that regard.”

“It’s pretty cool. Johnny will be able to take all the reps through the (system) from behind the huddle. It’s actually one of the coolest things I’ve ever seen. It’s unbelievable,” Jones said, the excitement in his voice very notable. 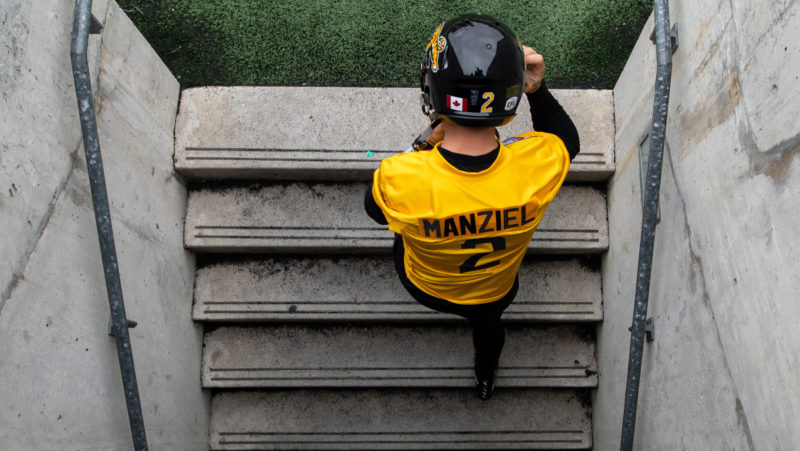 Manziel doesn’t need to hit the field to go through reps with the Ticats thanks to a virtual reality system (Kevin Sousa/CFL.ca)

VAR was created by A.J. Smith, a former member of Jones’ Southern Methodist University staff. Jones said he invited Smith to be a guest coach at training camp. There may have been an ulterior motive with the invite.

“I told him to bring one of those things up here because we need to buy it from you,” Jones said, laughing.

VAR records a 360-degree view of what a quarterback would see on the field during practice. When the team breaks for meetings, Manziel or any of the Ticats other QBs can put the VR glasses on and essentially become Jeremiah Masoli’s eyes for that on-field session.

With reps limited and the focus at quarterback ultimately being on starter Masoli, the technology should prove extremely helpful for Manziel, who’s only in his first week of learning Jones’ offence.

“I took the majority of Jeremiah’s reps (on Monday) on the VR stuff and it was cool to be able to see…you can look down and see (Masoli’s) feet,” Manziel said. “You can see the progression of the route, what person we’re keying on and the reason why we’re making certain throws.

“This is my first time really having that detailed and high-quality of a VR like that. You can definitely take reps without having to be on the field every time.”

The Ticats continue to inch Manziel toward a larger involvement. After watching the majority of the offensive work the last two days, Manziel took part in team reps and threw in seven-on-seven drills.

“We’re just kind of piecing it together,” Manziel said. “A couple of team reps here, more seven-on-seven reps, so you see it without the pass rush and the whole thing coming together.

“(On Wednesday) we’ll take some more team reps and get more live reps because at the end of the day we’re pretty close to the first time we’ll get out there and actually play.”

The Ticats host the Toronto Argonauts on June 1 at Tim Hortons Field for their first pre-season game.

Jones said that he and quarterbacks coach Dan Morrison have left the road open for Manziel in practice.

“Basically what Dan and I said, we told him to just jump in there when you’re ready to jump in. If you recognize a route, get in there,” Jones said.

“It’s the only way you’re going to figure it out is to jump in there and go. If you’re going to make a mistake no big deal, don’t worry about it and move on to the next one.”