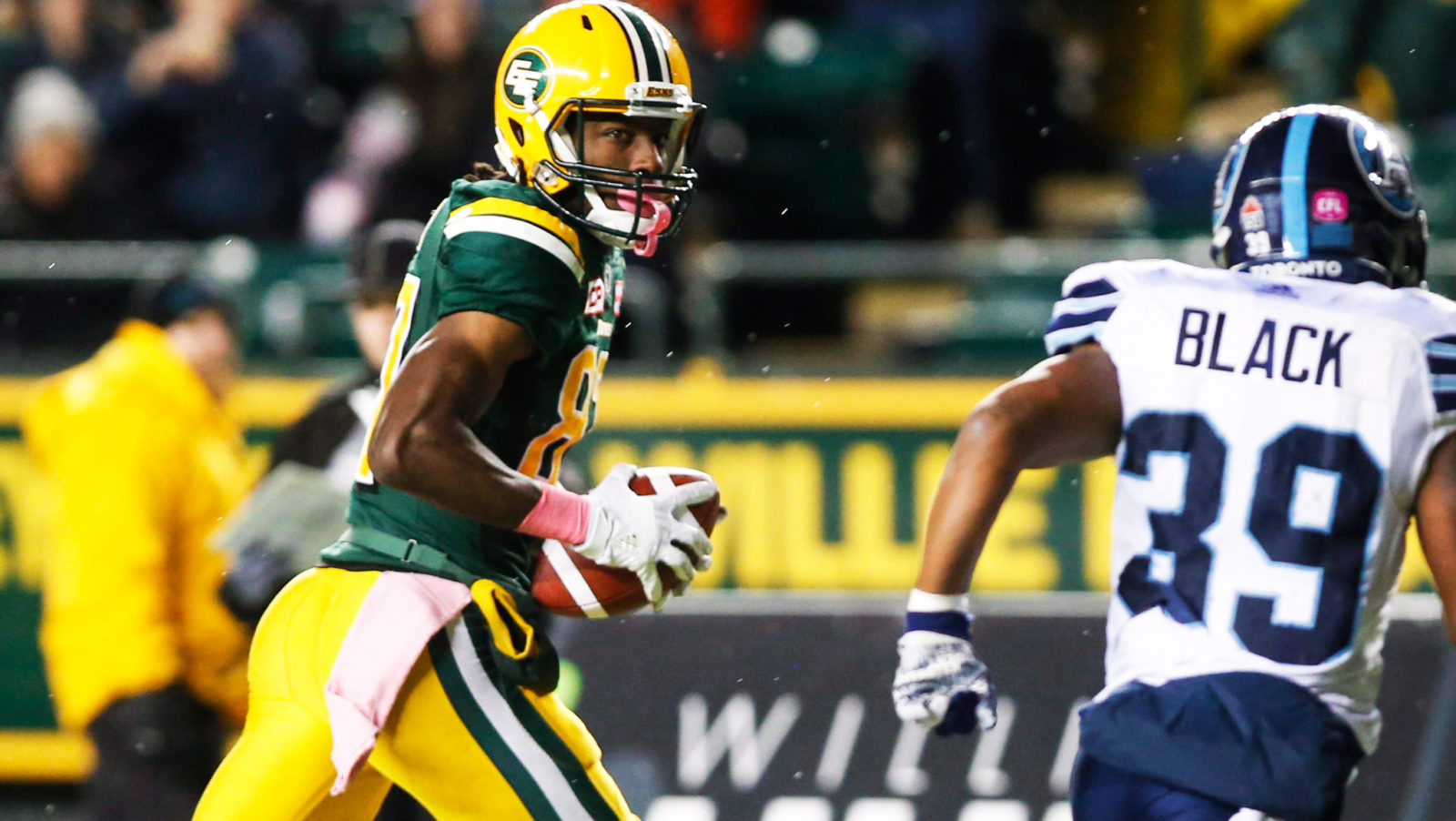 CFL.ca took a look at the 20 biggest positional battles going on around the league.

But what about the Fantasy impact of those moves?

Here’s a look at the top 10 of those 20 that could have an impact on your lineups for Week 1.

All three of these battles were in the top 20 but I can lump them all together when it comes to Fantasy because they’ll all impact each other.

It starts up front for the Alouettes, who are trying to upgrade an offensive line that gave up the second-most sacks in the CFL last season. The Alouettes appear to be going to four Canadians on the offensive line. If they are successful in the move that will give the Als tremendous flexibility with regards to the ratio.

It will also give whoever wins the quarterback job more time in the pocket. The offensive line has to improve or it will render much of the Alouettes’ offence unreliable to produce in fantasy.

BE THE GM IN CFL FANTASY
» Play TSN CFL Fantasy
» An early peek at the CFL Fantasy bargain bin
» Nye: Breaking down the impact of PPR 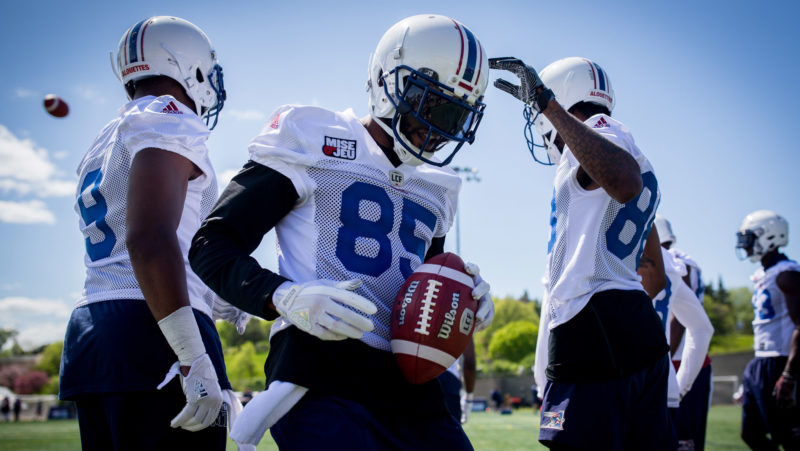 How will B.J. Cunningham and other Als receivers be affected by the QB competition? (MontrealAlouettes.com)

Chris Williams coming over from BC but if the quarterback doesn’t have time to get the ball down field, you’re looking at a dynamic receiver who will have to rely on breakdowns and big plays to contribute in fantasy football. Last year, Williams had a 10.9-yard average per reception, showing that his ability to make those big plays could be on the decline.

Could Tyrell Sutton’s impressive numbers suffer as well? Of course they could.

In terms of the quarterback battle, do any of them strike the fear into the minds of opponents. No. None of them scream to be a player worth taking this season and that’s what spins into the other receivers.

Ernest Jackson and B.J. Cunningham join Williams as receivers who could suffer because of poor play up front and behind centre.

Now, if the offensive line comes together and they get a solid five out of training camp, this is a sleeper offence that could grow this season.

Look at the history out of Calgary in the running back position over the years. Joffrey Reynolds was a league leader in rushing, as was Jon Cornish, and then Jerome Messam carried the tradition on as the Stamps are always one of the top teams at running back.

And it’s the same offence those other three guys succeeded in.

So when the league starts and you see the depth chart of the Stamps running backs, put them in and have faith they’ll get the touches necessary to pay off.

Don’t let the sack numbers fool you, the Edmonton Eskimos were one of the worst in protection last year but were saved by Mike Reilly to be able to get out of trouble.

Joel Figueroa is off to BC to help the Lions’ offensive line and it may lead to an even a tougher time for Mike Reilly. If the pressure continues and the hits continue to come, the biggest Fantasy impact of this battle is the health of Reilly, one of the top scoring quarterbacks week in and week out for Fantasy players.

The left tackle needs to hold his own or there could be a lot of frustrated Fantasy fans who rely on the Eskimos passing game to score big points. 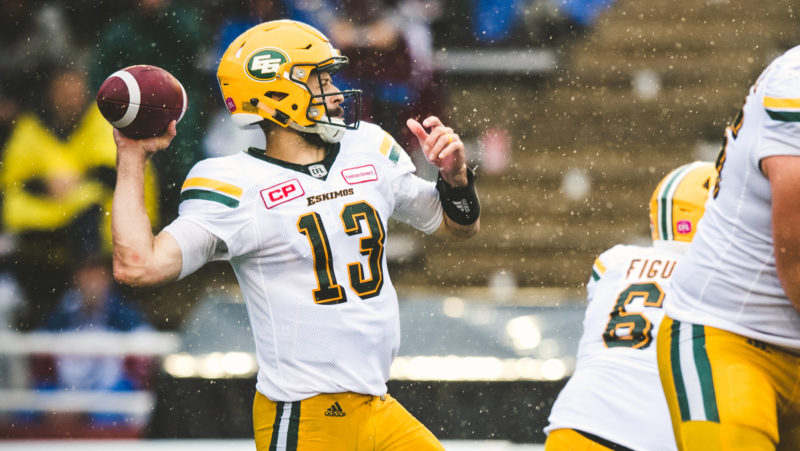 Staying on the offensive line, we bring you to Saskatchewan. The offensive line was shaky early last year but when Bruce Campbell moved to left tackle it brought consistency to the offensive line and numbers improved drastically as Kevin Glenn and Brandon Bridge were able to throw for 35 touchdown passes last season.

Earlier in the year, when the line wasn’t as consistent on that left side, the numbers offensively were no where near what they were later in the season.

With Bruce Campbell suspended and waiting for a job, the Riders are hoping a new face emerges to carry on the strong play.

Zach Collaros could be a great Fantasy option this year if the left tackle holds up, as the addition of Travis Bond at guard could move the Riders to top offensive line status in the CFL and if that improves even more, the Riders will be one of the top-scoring offences in the league, opening up options for Fantasy fans to rely on Saskatchewan to pile up some points.

OK, who is the next Fantasy star in Edmonton? Derel Walker, Adarius Bowman, Brandon Zylstra have all given huge numbers for Fantasy fans. Well, the latter two are gone so someone has to step up.

I’m am most intrigued by the starting lineup for the Eskimos and who goes where. More importantly, who is playing on the boundary side, where the receivers have been able to make some big numbers from the arm of Mike Reilly?

If not the boundary side, who is on the slot to the wide side?

Someone not named Derel Walker is going to get some good opportunities. Check out the Eskimos’ depth chart out of camp and be ready to plug an unfamiliar name in your lineup before his value starts skyrocketing. They have over 2,100 yards of receiving to fill with Zylstra and Bowman’s departure so plenty of yards to be had for someone (or two).

This is a matchup game for those looking at taking advantage of a defence that could be thrown against last year. If the secondary improves, you may think second on matching up QBs and receivers against the Lions. But also the Lions’ defence was one of the worst in Fantasy with the second-fewest takeaways (23).

They also gave up the third-most points last season. They’ve tried to improve the defensive line and their linebackers have been solid, but if they can lock it down in the secondary, the Lions could start to be a defence you can rely on if the matchup is right this season. 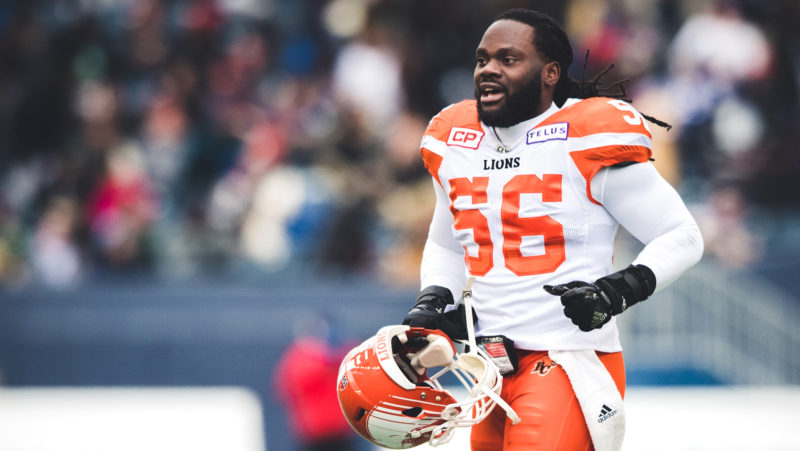 Solomon Elimimian leads a Lions defence that will look a lot different in 2018 (Johany Juras/CFL.ca)

Remember in 2016 when the Ottawa REDBLACKS had four 1,000-yard receivers? They only had two last season, though Diontae Spencer was a few yards away. Spencer, Greg Ellingson and Brad Sinopoli have 1,000-yard potential and things aren’t changing in Ottawa with an offence that likes to throw the ball.

The Ernest Jackson role was not filled last season and they’re hoping they can find that reliable second down and red zone target. Who will sit in that third slotback role in Ottawa is going to be interesting and also could yield a sleeper pick early in Fantasy.

Dominique Rhymes is the name most mentioned as the possible next guy but the REDBLACKS have brought in several who are looking for the opportunity.

With DeVier Posey off to the NFL, that opens a spot for the boundary receiver position. S.J. Green and Armanti Edwards are looking for big years and the Argonauts were innovative with Declan Cross out of the backfield, but whoever fills Posey’s spot is another sleeper this season.

Brian Tyms, maybe. But something to keep an eye on as Posey didn’t play the whole season and had over 700 yards and seven touchdowns in the offence over 12 games. That’s a 1,000-yard pace and 10 touchdowns but whoever they find, it’s going to be a productive spot.

Jeremiah Masoli is the number one guy … for now. With Johnny Manziel around and how highly June Jones has talked of the former Heisman Trophy winner, you know the pull to Manziel will be strong.

If Manziel can learn the offence quickly and if there is any drop off from Masoli’s play from the end of last season, we could see a change. You should be able to make a change as well to see how this plays out and the impact on players like Brandon Banks, Luke Tasker and Jalen Saunders.

Similar to BC, this is all about a matchup play for the opponent running game more than anything. Ottawa had one of the best run defences in the league.

The REDBLACKS need to fill the hole left by Zack Evans moving back home to Saskatchewan or you could see Ottawa become susceptible to the run and could impact the running back you choose week in and week out.