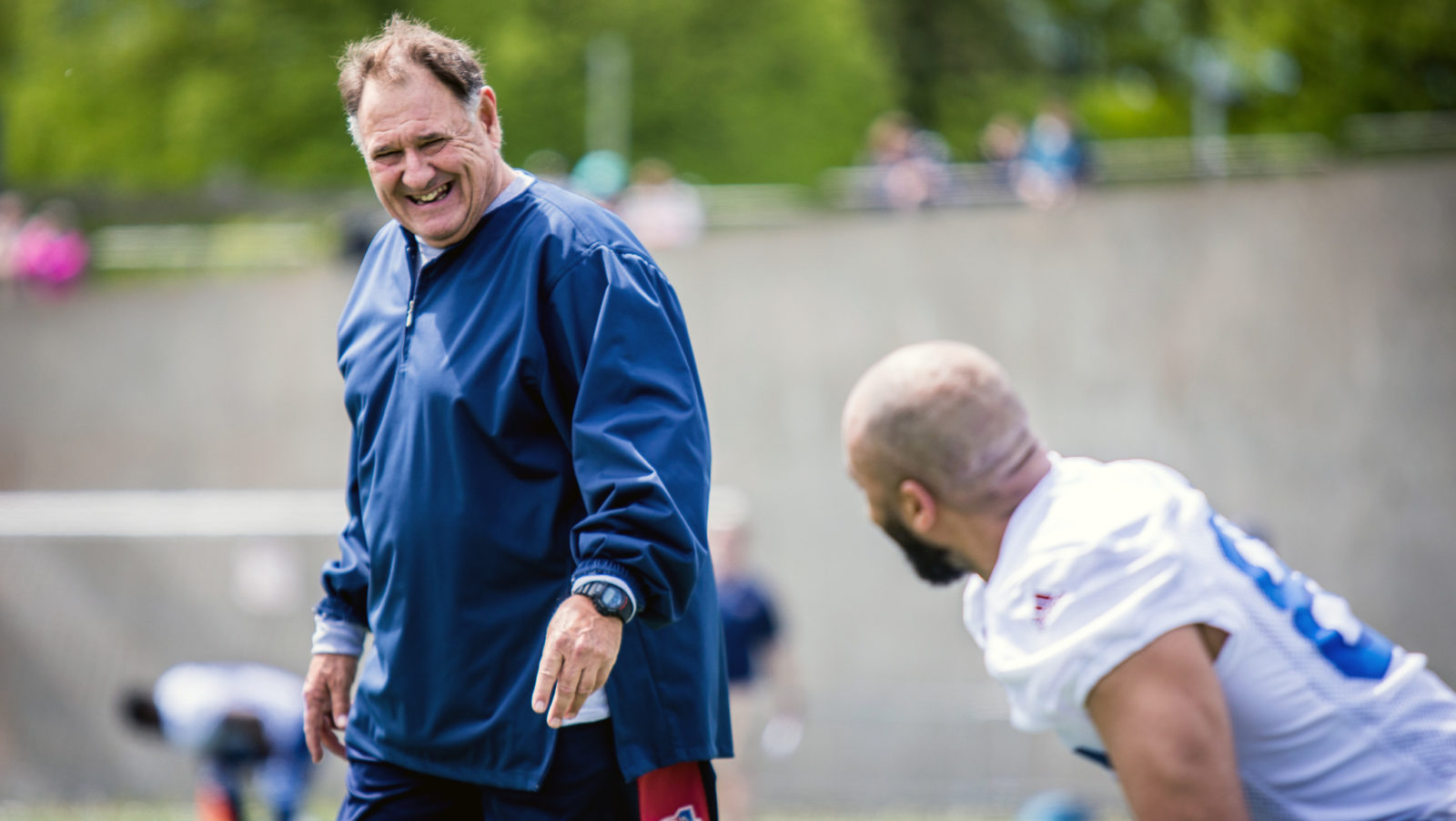 MONTREAL — From the hours spent studying concepts to the 10 p.m. meetings, there have been plenty of late nights for players on the Montreal Alouettes’ defence.

Rich Stubler is back to being in charge once again following the sudden departure of Kahlil Carter, but the veteran defensive coordinator wants his players to take ownership of what he describes as a unique system.

So far the message has been received.

“Who can figure it out?” Stubler replied when asked what he’s looking for throughout training camp. “We’re a little different, so the kids need to figure out a lot of the stuff on their own and work through it. I’ve been very surprised with how well we’ve done it.” 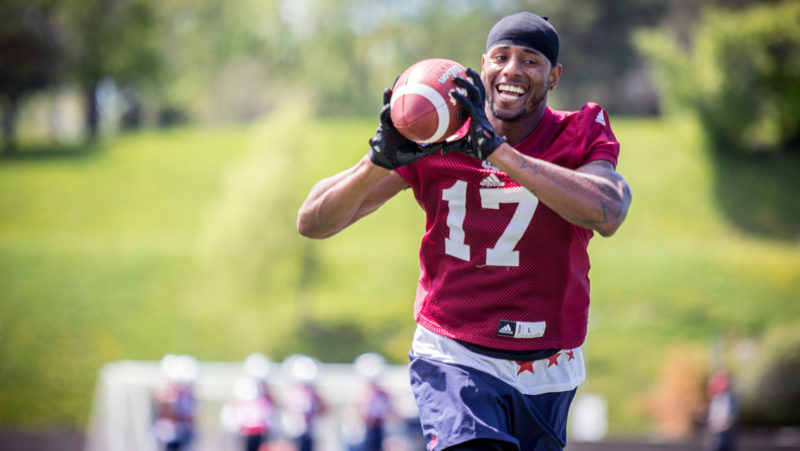 Second-year general manager Kavis Reed is banking on the defence being the backbone of a team that won just three games last season and is hoping to take a 180-degree turn in 2018. Reed has bolstered the talent on that side of the ball, making significant upgrades to the secondary, linebackers and defensive line. Tommy Campbell, Mitchell White, Joe Burnett, Henoc Muamba and Jamaal Westerman were the big-ticket additions and should improve a unit that allowed a CFL-worst 408 yards per game and 448 total first downs.

On paper, the Als have the talent to make some noise in what’s expected to be a tight-knit CFL East Division yet again.

“We’ve brought enough veteran presence in to make that good,” said Stubler. “The veterans will take this defence over and it’ll grow exponentially as they come together with everybody else.”

Westerman gives the Alouettes a rare ratio-breaker at the defensive end position, lining up opposite of John Bowman to form one of the most dominant tandems in the three-down game.

At linebacker, while Kyries Hebert was released, late addition Muamba is a premiere linebacker, winning team Most Outstanding Canadian honours with the Riders last season. The former first overall pick is back for a second stint in Montreal after piling up 82 tackles, two interceptions and three forced fumbles under Chris Jones last season.

In the secondary, White and Campbell are considered two of the better shutdown DBs in the CFL, either one capable of erasing an opponent’s top threat from the game. The release of Tevaughn Campbell signals that the Als may start four Americans in the backfield, with promising sophomore Dondre Wright set to start at safety.

“They’re figuring it out. They actually have meetings at the hotel at 10 o clock at night so they can talk through their stuff. It’s a funny defence, but they have to take total ownership of it.”

Rich Stubler on the Als’ defence 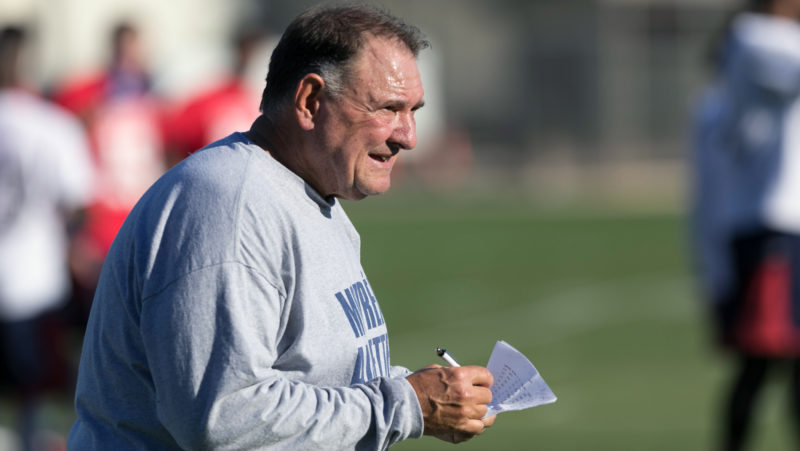 Rich Stubler is set to take on his ninth job as a CFL defensive coordinator (MontrealAlouettes.com)

Burnett adds experience and flexibility to that unit, while Chris Ackie adds versatility and some possible ratio flexibility, the former fourth overall pick — a testing monster in front of scouts at the combine in 2015 — bringing his Canadian passport to the fold along with his ability to play either safety or WILL linebacker.

Dominique Ellis, Greg Henderson, Khalid Wooten will also provide help in the secondary, while Kyle Knox and Chip Cox are expected to start at linebacker.

While his defence is starting to take shape, Stubler, who’s taking on his ninth job as a CFL defensive coordinator, knows there’s a lot of work to do before the season kicks off on June 16 against Jonathon Jennings and the BC Lions.

Stubler says that while he’s the one calling the shots, it’s up to the players to make it all work.

“It’s up to the players to grasp the concepts that we’re trying to get across, and to understand why we do certain things so they can play,” he said. “We have a lot of meetings. I’m the head of it, the de facto guy, but I make them talk.

“They’re figuring it out,” he added. “They actually have meetings at the hotel at 10 o clock at night so they can talk through their stuff. It’s a funny defence, but they have to take total ownership of it, especially the back end. I’ve been very happy with all the guys.

“We’re learning how to play football together.”

The first big test arrives Thursday night, with the short trip to Ottawa to take on the REDBLACKS in pre-season action.