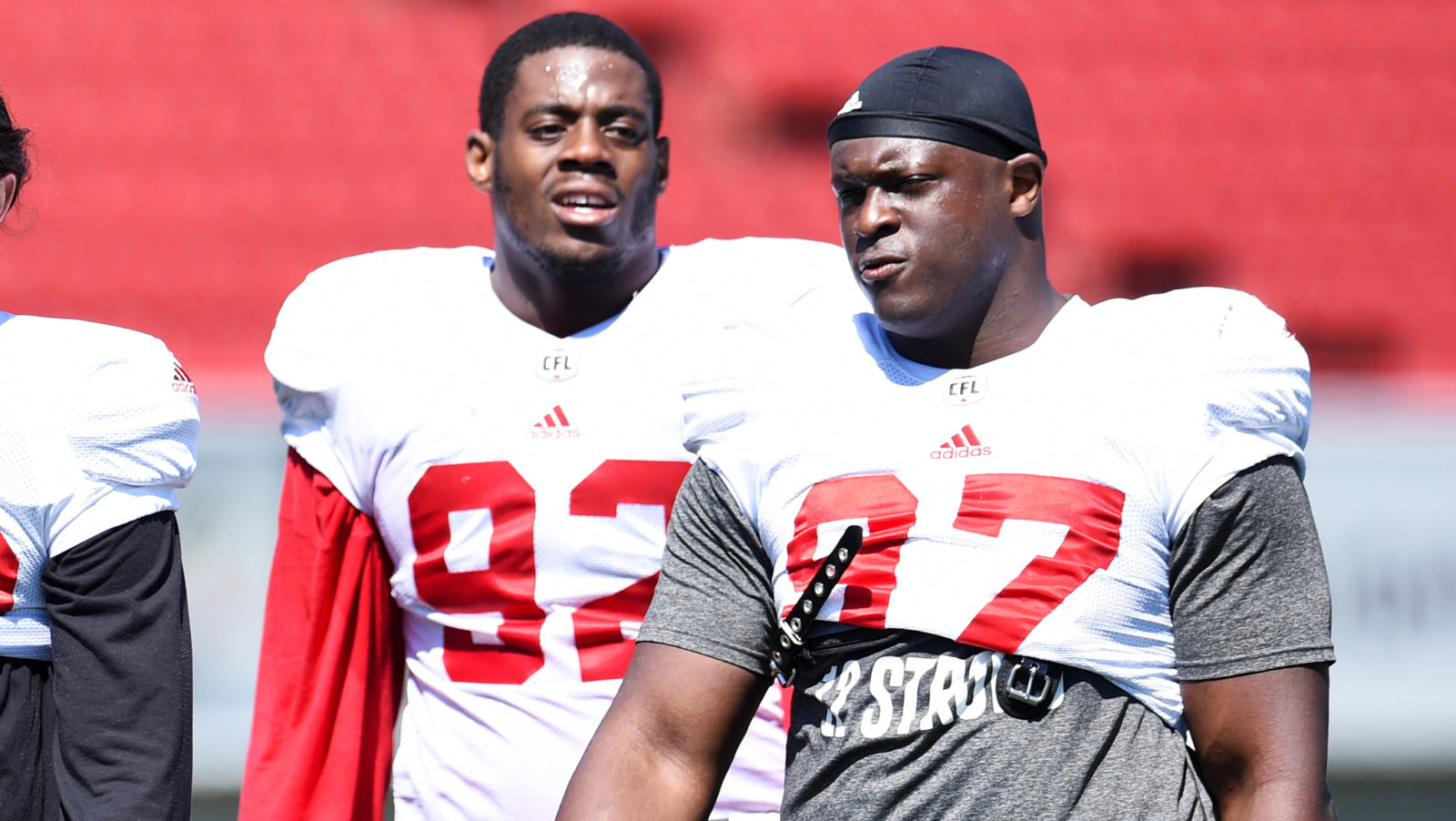 CALGARY — The competition is hot and heavy for the Calgary Stampeders defensive linemen at training camp as their first pre-season game looms this weekend.

Law is making his return to the gridiron after missing the entire 2017 season with a broken leg he obtained in the pre-season and according to his bench boss, hasn’t missed a beat in the first week and a half of training camp.

“With a major injury last year, I was kind of watching to see how he would look,” said Dave Dickenson. “He’s looked great and he hasn’t taken any practices off. I may back him off a little bit just to make sure he doesn’t get anything crazy. He’s a leader out there. He works super hard. For having the pedigree he does, he’s one of the hardest workers and I think that’s why he’s successful.”

RELATED:
» Depth at linebacker a plus for Stampeders heading into 2018
» Position Battles: 20 to watch in training camp
» By Week 1 Tickets 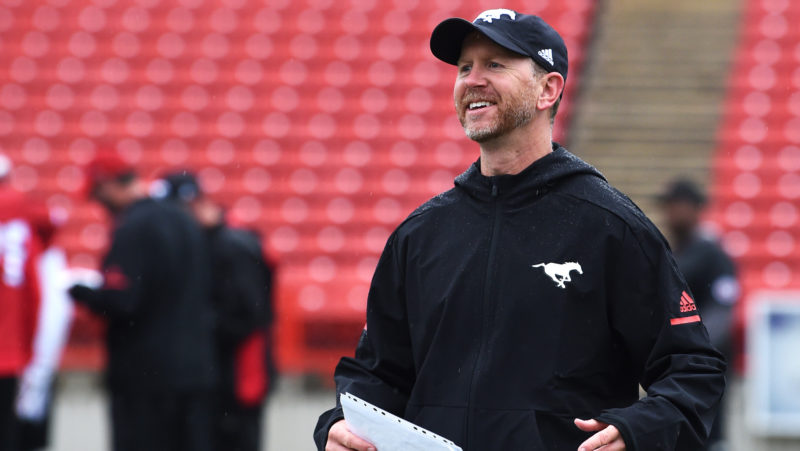 Dave Dickenson will get to see the abundance of depth at D-line this weekend in his team’s first pre-season game (Stampeders.com)

Canadian Ese Mrabure, a free agent signing in February, has also impressed Calgary’s coaching staff as he’s starting to get comfortable with the playbook and vie for a starting role on his new team’s D-line.

“He’s had a great camp,” said defensive line coach Corey Mace. “He’s bringing some versatility inside with his pass rush ability. He’s got great hands, really good hips. He’s still learning the defence but just like anybody coming in new, there’s going to be some mistakes but he’s a guy who’s learning from his mistakes.”

“He’s been doing well,” said Dickenson. “He works. We’ve got great competition there, though. We’ve got some really good players inside. I do think, though, he has stood out. Certainly earning his time and hopefully he keeps it going.”

Mrabure played in 16 games with the Saskatchewan Roughriders last season and collected 17 defensive tackles and two sacks in his second season with the team.

“I’m just going to keep showing them what I’ve been showing them in the past” Mrabure said. “I’m now just wearing their colours, right? I just want to make sure I’m doing the right things, making sure I’m always giving 100 per cent effort, as I usually do and I’m going to let God handle everything else.”

Derek Wiggan is another Canadian that is part of the competition for a starting role. Wiggan, a Toronto native, made an impact with the Stamps last season, playing in 17 games, 11 of which were starts. He tallied 20 tackles, one special teams tackle, two sacks and five quarterback pressures. The 25-year-old Queen’s product also started in both the Western Final and the Grey Cup.

As he heads into his third season with Calgary, Dickenson says Wiggan has developed into a staple on the team.

“He’s strong, smart, works hard,” said head coach Dave Dickenson, explaining what Derek Wiggan brings to the table. “To me, he has evolved into a full-time player. It’s going to be such a battle though because we have multiple full-time players in there. He does what we ask him. He’s good on special teams (with) what he’s asked to do on there, too.”