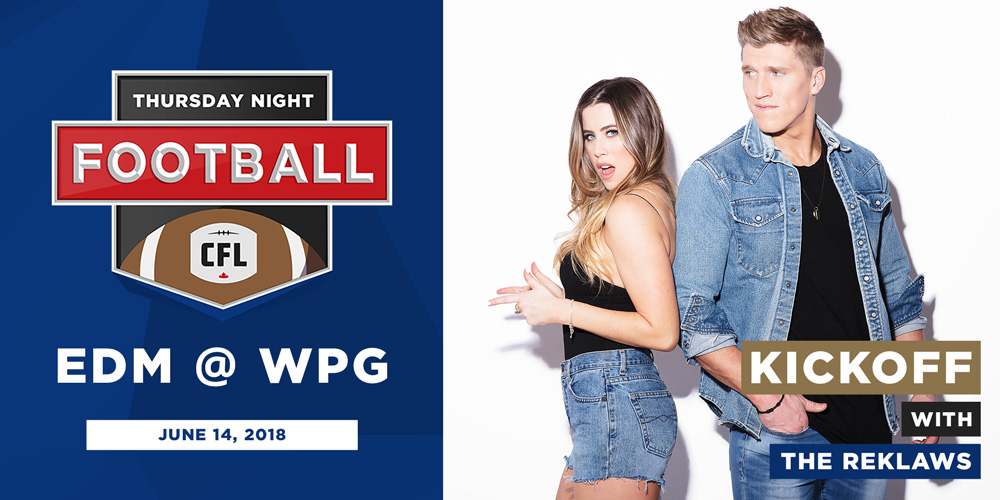 TORONTO — The Canadian Football League, in partnership with Universal Music Canada, announced on Tuesday that a top artist will perform at each team’s first home Thursday night game in 2018 as part of Thursday Night Football.

“By launching a Thursday Night Football Concert Series this season we are bringing more value to our game days across the country,” said CFL Chief Marketing, Digital and Strategy Officer Christina Litz. “Adding these talented artists to the summer portion of the schedule on Thursday evenings brings a special atmosphere and energy to Thursday Night Football.”

The CFL season kickoff between Edmonton Eskimos and the Winnipeg Blue Bombers on Thursday, June 14 will premiere the first Thursday Night concert with Canadian Country duo, ‘The Reklaws’.

BE THERE: Buy 2018 single game tickets

“Live music, like a touchdown, can bring a crowd to its feet. We can’t wait to build on that home game exhilaration with performances from an incredible line-up of artists this season,” said Kristen Burke, Executive Vice President and General Manager at Universal Music Canada.

The CFL will also be curating playlists exclusively on Apple Music. All nine teams, special guests and more will be sharing their love of music with Canadians throughout the season. Visit AppleMusic.com/CFL for your listening pleasure.

In May, CFL and TSN announced that ‘The Reklaws’ will headline the new Thursday Night Football opening intro song to CFL on TSN. ‘The Reklaws’ will also be the halftime performance at the 2018 CFL Kickoff game in Winnipeg on June 14. 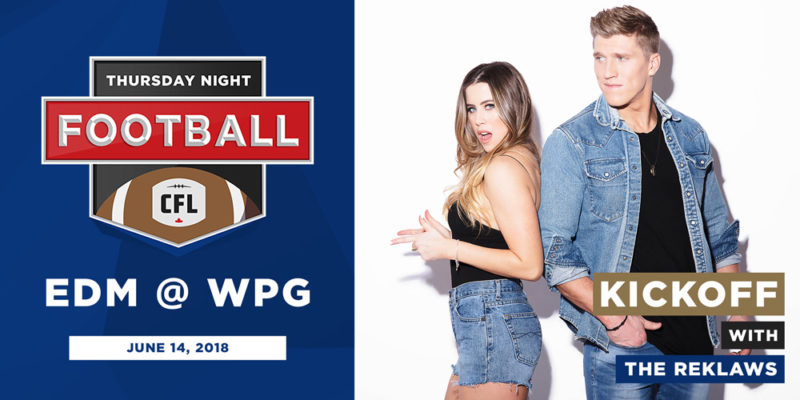 Born and raised on their family farm in Cambridge, Ontario, siblings Jenna and Stuart Walker first made waves in the Canadian country music scene by winning the biggest country music talent competition in Canada, the SiriusXM Emerging Artist Showcase at Boots and Hearts in 2013. They have since played all over Canada opening for the likes of Luke Bryan, Blake Shelton, Dierks Bentley, Brothers Osborne, Thomas Rhett, and High Valley. 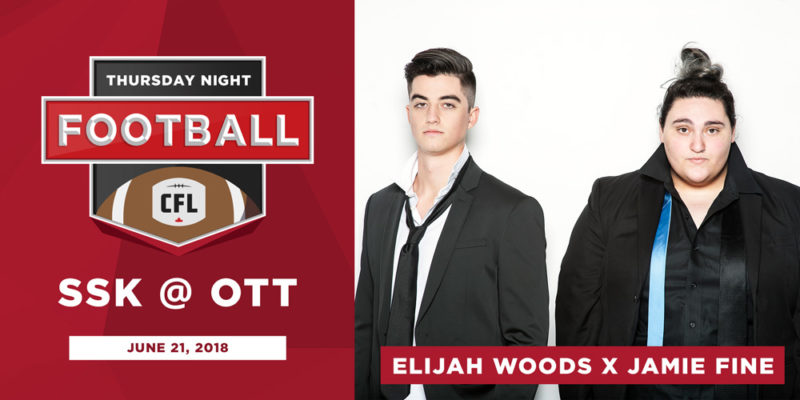 Platinum-certified up-and-coming Canadian duo Elijah Woods x Jamie Fine (Ottawa, ON), will surprise you with their candour and depth of intention to their art. Comprised of instrumentalist/composer Elijah Woods and lyricist/vocalist Jamie Fine, EWxJF is a delicate marriage of exploratory musical styles and masterful emotional play. The best way to prepare for the new EWxJF is to prepare to eliminate expectations. The duo purposefully breaches the boundaries of pop music – touching on so many influences including pop, dancehall, hip-hop and jazz that consistently shake up their sound. What remains will continue to be a vision that deviates from the mainstream in a bid to “make people feel real” as they listen and expose their vulnerabilities – even those they didn’t know that they had.

EWxJF are the season one/week two winner of CTV’s THE LAUNCH and second chosen artist to release a new original song (“Ain’t Easy”), which has garnered over 12 million streams to date worldwide. Currently a Top 20 best-selling single of the year in Canada, “Ain’t Easy” debuted at #1 on the iTunes All Genres chart upon release and peaked at #1 on the Top 200 most Shazamed songs in Canada. The Top 5 hit at Pop and HOT AC Radio was certified Platinum in May and continues to dominate the airwaves across the country. 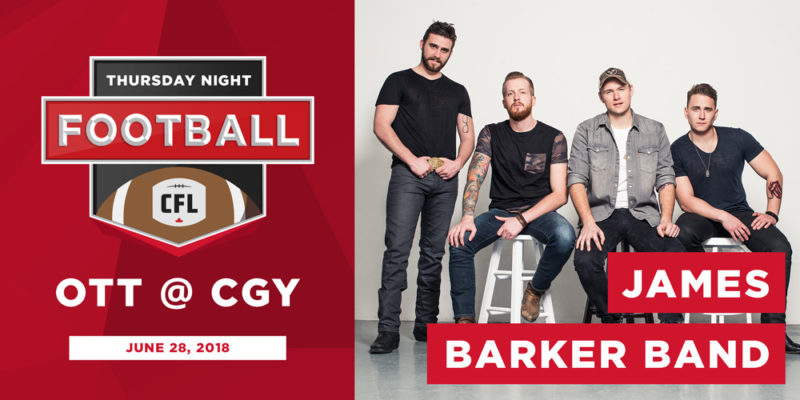 Their debut EP “Game On” so far has accumulated over 30 million streams, five top-10 hits at Canadian country radio, and three gold-certified singles. James Barker Band was the most played Canadian artist on Canadian country radio in 2017 and have held on to that esteem spot so far in 2018 as well. Their current single “Good Together” is already the most streamed Canadian country music single released in 2018. The band has had a whirlwind tour schedule in 2017 and 2018, allowing them to share the stage with the likes of Keith Urban, Dierks Bentley, Kip Moore, Darius Rucker, Brothers Osborne, Eric Church and more.

Most recently, the band have made history with a SOCAN Songwriter Prize nomination for their song “CHILLS”. This is the first time a country song has ever been nominated for this prestigious all-genre award. 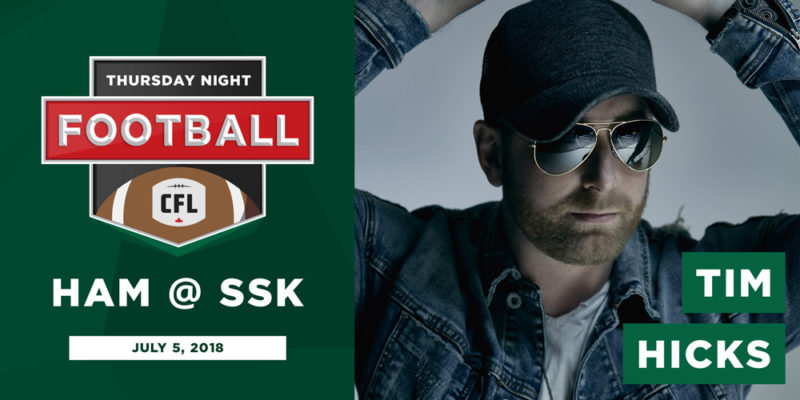 A determined road warrior known for his compelling live show, Niagara Falls native Tim Hicks has cemented his reputation as an elite chart topping act since making his country label debut in 2013. Hicks’ catalogue of highly praised releases including: “Throw Down”, “5:01”, “5:01+” and “Shake These Walls” have earned the three-time JUNO Award nominee and CCMA Rising Star Award winner, two PLATINUM selling singles, 6 GOLD singles and one GOLD album with his long-time label Open Road Recordings, in addition to multiple sold-out headlining dates and tours across the country.

With multiple CCMA Award nominations, CMAO Award wins and a 2015 SOCAN Award, Hicks will release his fourth full-length album this summer, followed by a national headlining tour. The album’s first single, “LOUD” released on April 11th was licensed by the NHL for the playoffs and was the #1 most added song at Canadian Radio (all genres) the week of release. The track currently boasts close to 800,000 streams to date and is off Hicks forthcoming new album “New Tattoo” out June 22, 2018. 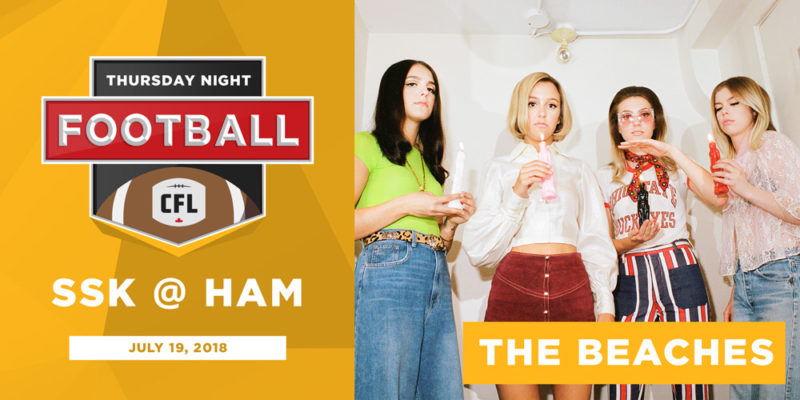 The Beaches are a Toronto based glam rock and garage band comprised of sisters Jordan and Kylie Miller (on lead vocals/bass and guitar, respectively), Eliza Enman-McDaniel on drums, and Leandra Earl on keys and guitar. The band were awarded Breakthrough Group of the Year at the 2018 JUNO’s and recently completed their first ever national headline tour in support of their debut album Late Show, released last fall via Universal Music Canada. 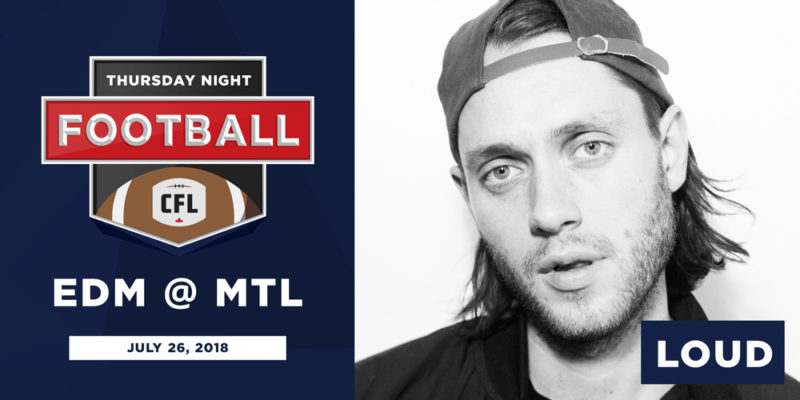 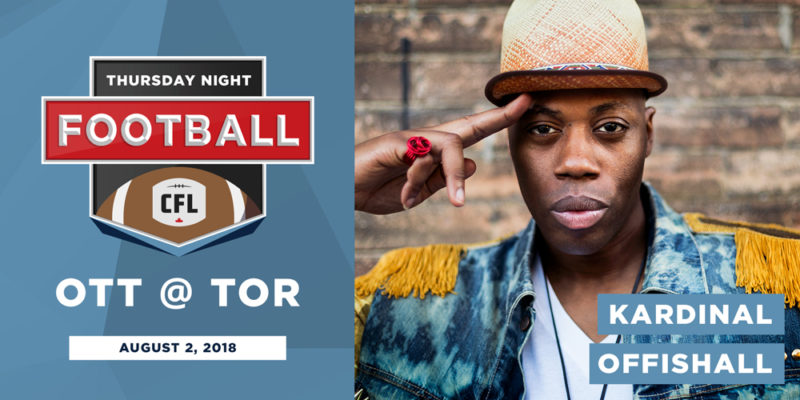 Kardinal Offishall, for the past two decades, has become a highly regarded rapper and record producer recognized for spearheading the Canadian hip-hop music scene. Since the late 2000’s he’s claimed the international music stage with features on hit records such as Akon’s “Beautiful”, Lady Gaga’s “Just Dance” and his own single “Dangerous”,which peaked #5 on the Billboard Hot 100, making him the first rapper in Canadian history to do so.

Kardinal has been nominated for 15 Juno Awards, and is a multiple ASCAP Award and SocanAward winner. Kardinal is one of the hardest working men in the business and never stopsworking to perfect his craft as an artist, performer, entertainer, and businessman. The Torontobred star has criss-crossed the globe performing in some of the most prestigious stadiums,arenas, and festivals, giving his fans the ultimate high energy, mash-up performance. 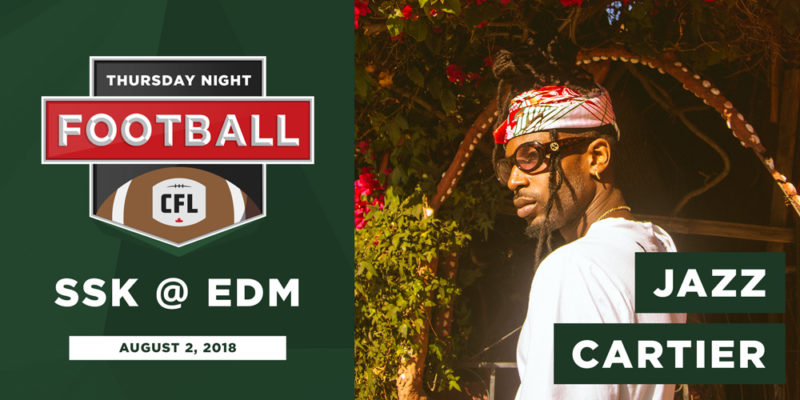 Jazz Cartier is a Toronto based rapper. With two mixtapes under his belt Marauding in Paradise and Hotel Paranoia, Jazz Cartier has earned a flurry of major award nominations most notably winning the 2017 JUNO for rap recording of the year. Meeting demand, Jazz Cartier is set to release his debut album “Fleuever” this summer. 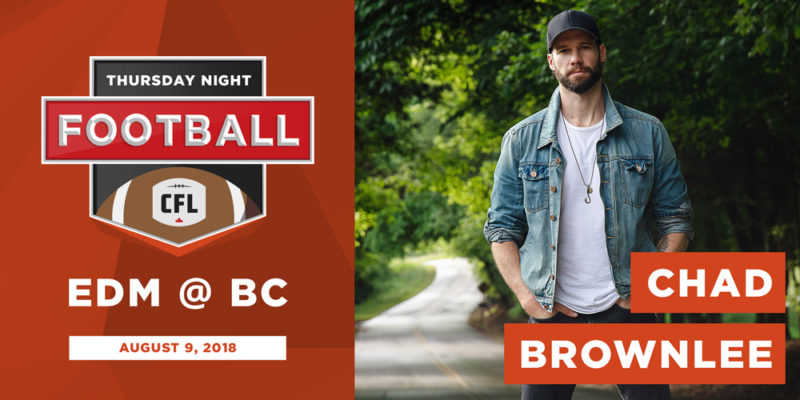 Former NHL draft pick turned country star, Chad Brownlee entered the limelight when he received his CCMA Rising Star Award in 2011 and has gone on to be a mainstay in the top 10 at Canadian country radio ever since. In 2012 Brownlee toured across Canada with Dierks Bentley and the following year, he co-headlined the “Your Town Throwdown” tour with fellow Canadian country artists Deric Ruttan and Jason Blaine.

Recently, Brownlee has received critical acclaim and numerous accolades including a highly coveted JUNO nomination for Country Album of the Year, and a slew of nominations for the Canadian Country Music Association (CCMA®) Awards™. These include Male Artist of the Year (2012, 2013, 2017), Fan’s Choice Award (2017), Album of the Year (2016) amongst many more. Brownlee has spent the past few years between his hometown of Kelowna, British Columbia and Nashville, Tennessee writing and recording new music set to be released later this year with his new team at Universal Music Canada. Stay tuned for more music from Chad Brownlee at www.chadbrownlee.com

The CFL regular season kicks off a week earlier this year, beginning Thursday, June 14th when the Winnipeg Blue Bombers host the Edmonton Eskimos at Investors Group Field. Friday Night Football debuts June 15th when the Saskatchewan Roughriders host the reigning Grey Cup champions, the Toronto Argonauts. On Saturday, June 16th, the first double-header of the season starts with the Hamilton Tiger-Cats heading west to take on the Calgary Stampeders and the finale for Week 1 consists of the Montreal Alouettes playing against the BC Lions at BC Place. For single-game tickets, click here.

Universal Music Canada is Canada’s leading music company, engaged in recorded music, music publishing, merchandising, and audiovisual content. Home to the most comprehensive catalogue of recordings and songs across every musical genre, UMC is committed to artistry, innovation and entrepreneurship in broadening opportunities for our artists on both the domestic and world stages as well as creating new experiences for fans.