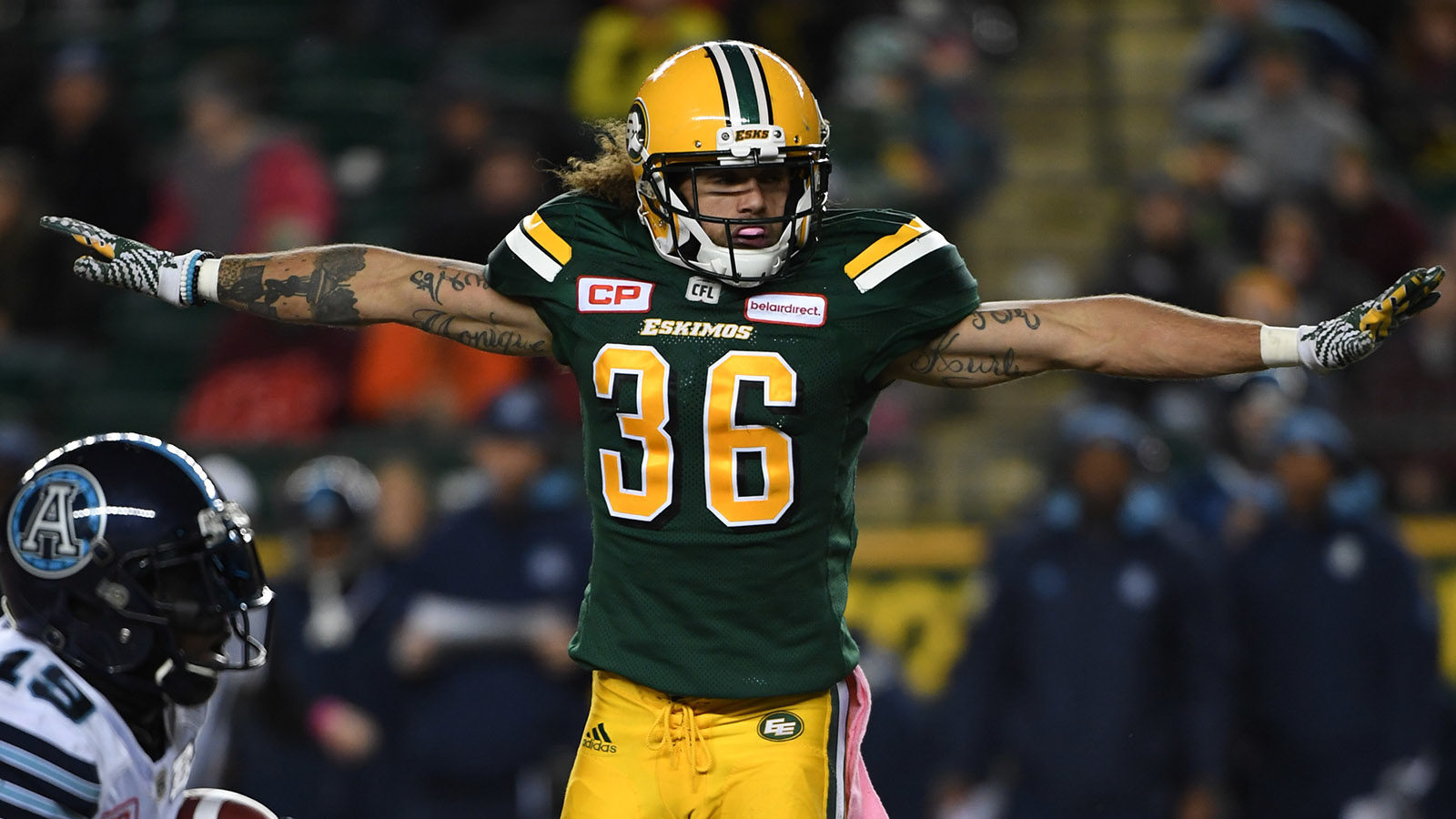 EDMONTON — The Edmonton Eskimos have announced that defensive back Aaron Grymes will not play in Week 1.

The international defensive back has been added to the team’s suspended list, sidelining him for the Eskimos’ season-opener in Winnipeg on Thursday.

The move could leave the Esks thin at defensive back for Week 1. The club has been without veteran defensive back Johnny Adams and national starting corner Arjen Colquhoun so far throughout practice, according to CHED‘s Dave Campbell.

The Eskimos also announced they’ve added the following players to their practice roster: