On His Shoulders: Masoli ‘thirsty for a championship’ in Tigertown 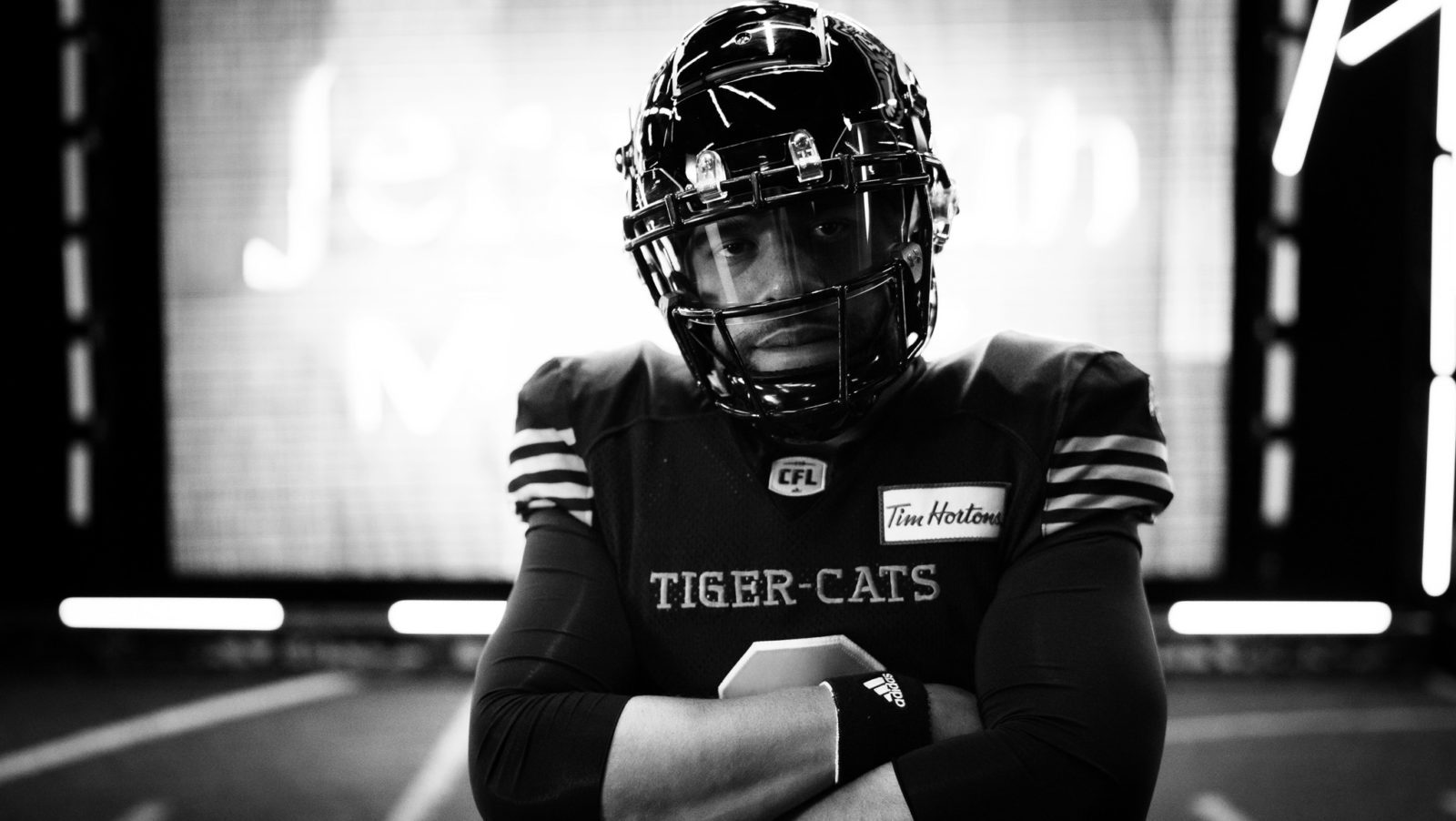 On His Shoulders: Masoli ‘thirsty for a championship’ in Tigertown

“I’m thirsty for a championship. I went through two Grey Cups with a front row seat but not doing much. Now it’s on me to get it done which makes me even more competitive.”

eing the starting quarterback of a professional football team is anything but easy.

Keeping that job is even harder.

For Jeremiah Masoli, the journey to become the leader on and off the field of the Hamilton Tiger-Cats has been a winding road full of ups and downs that have finally led him to an unquestioned – for now – starting job in Week 1.

It all began when Masoli garnered interest during his final NCAA year playing for the Ole Miss Rebels. Edmonton stayed in contact with his agent and Masoli felt appreciated by the consistent efforts to draw him North so when the 49ers released him he knew the CFL was a great alternative.

“I had nothing but positive recommendations from people who played in Canada, but I wanted to give it one last shot to get someone in the NFL’s attention so I joined the UFL (United Football League).”

There Masoli would start over 2001 Heisman Trophy winner from Nebraska Eric Crouch going 77-for-151, 808 yards and two touchdowns in four games for the Omaha Nighthawks in 2011 playing for then Omaha offensive coordinator and former Argos head coach Bart Andrus. 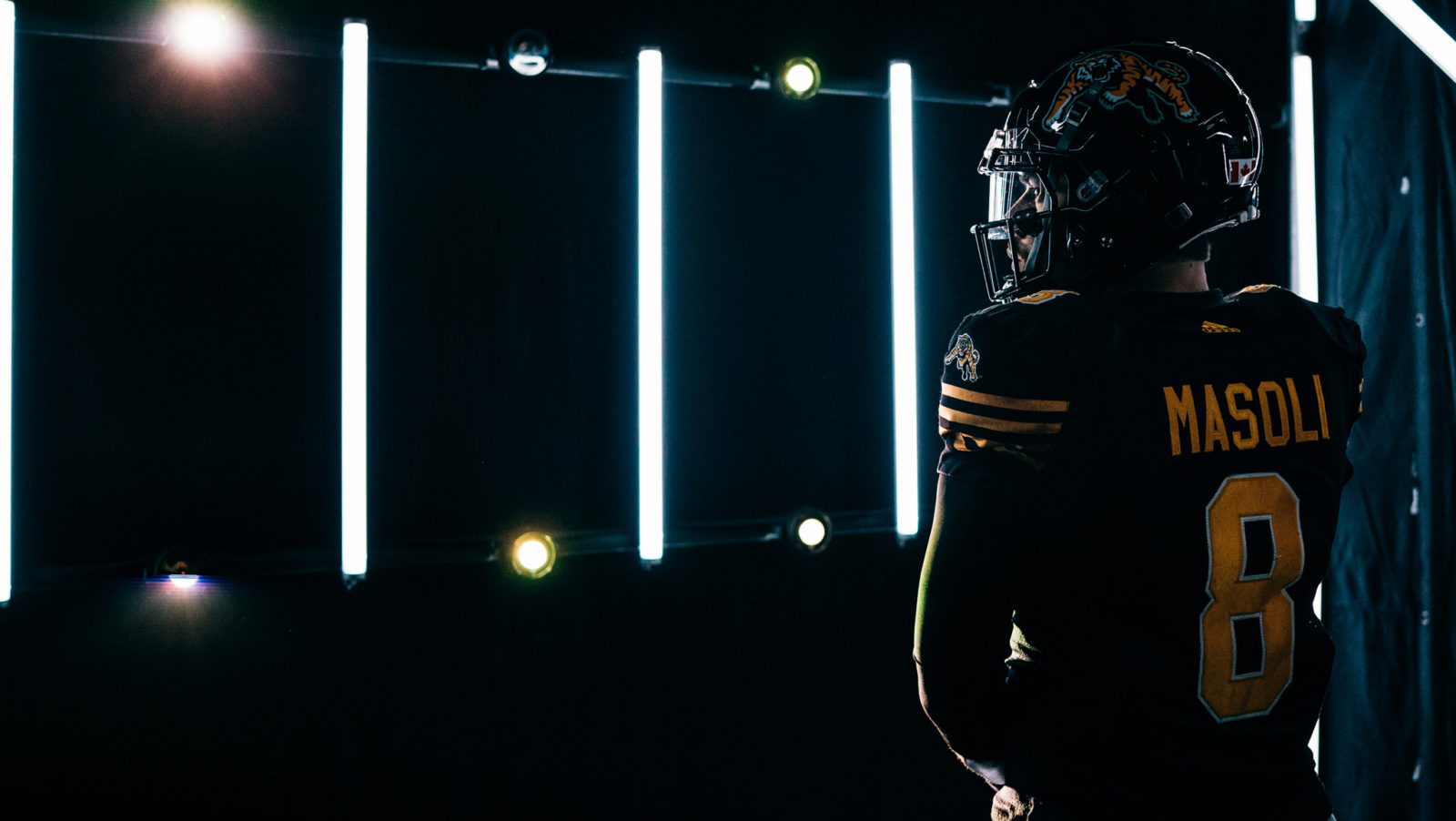 Jeremiah Masoli heads into the season as a No. 1 quarterback for the first time in his CFL career (Johany Jutras/CFL.ca)

After a 1-3 season in Omaha, Masoli made the decision to chase his pro football dreams north of the border. Close family friend and Canadian football lifer Joe Paopao gave Masoli the confidence that the CFL was a worthwhile endeavour.

“Joe and his family are good family friends and with my dad and his brothers. they all knew each other from the oceanside routes in California and he was a great example to me of what opportunities I might get to play real football in Canada.”

Masoli began his attempt to lease the ‘Throwin’ Samoan’ nickname when he signed in Edmonton and became immersed in the game from the shadow of Matt Nichols and Steven Jyles.

“Luckily I had a group of vets over there that showed me the ropes, they (Nichols and Jyles) really helped me adjust to my new reality.” A starter helping the fresh-faced NCAA newcomer take their first steps in the CFL sure sounds like the Masoli-Manziel relationship of this past May.

After an injury filled first season in the CFL Jeremiah was moved to Hamilton in a five player trade where he says he really began to learn the game.

“When I came to Hamilton I picked up a whole new level of understanding with offensive coordinator Tommy Condell. He made a huge difference in my career.”

Since working with Condell, Masoli has bounced up and down the Ticats depth chart never truly finding a home at the top – let alone to start a season – with the promise of holding that job for all 18 games, until now.

“It means a lot but at the end of the day it makes me even more hungry. I’m thirsty for a championship. I went through two Grey Cups with a front row seat but not doing much. Now it’s on me to get it done which makes me even more competitive.”

The fire in Masoli’s eye, even after a three hour practice on the final day of training camp came to life when discussing all the praise and adulation heaped onto the Ticats since the midway point of last season when he was appointed starter.

You get the sense Masoli didn’t enjoy the non-stop rounds of off-season applause not because he doesn’t appreciate them, but because he genuinely feels as though the Ticats haven’t scratched the surface yet with him as the starting quarterback. 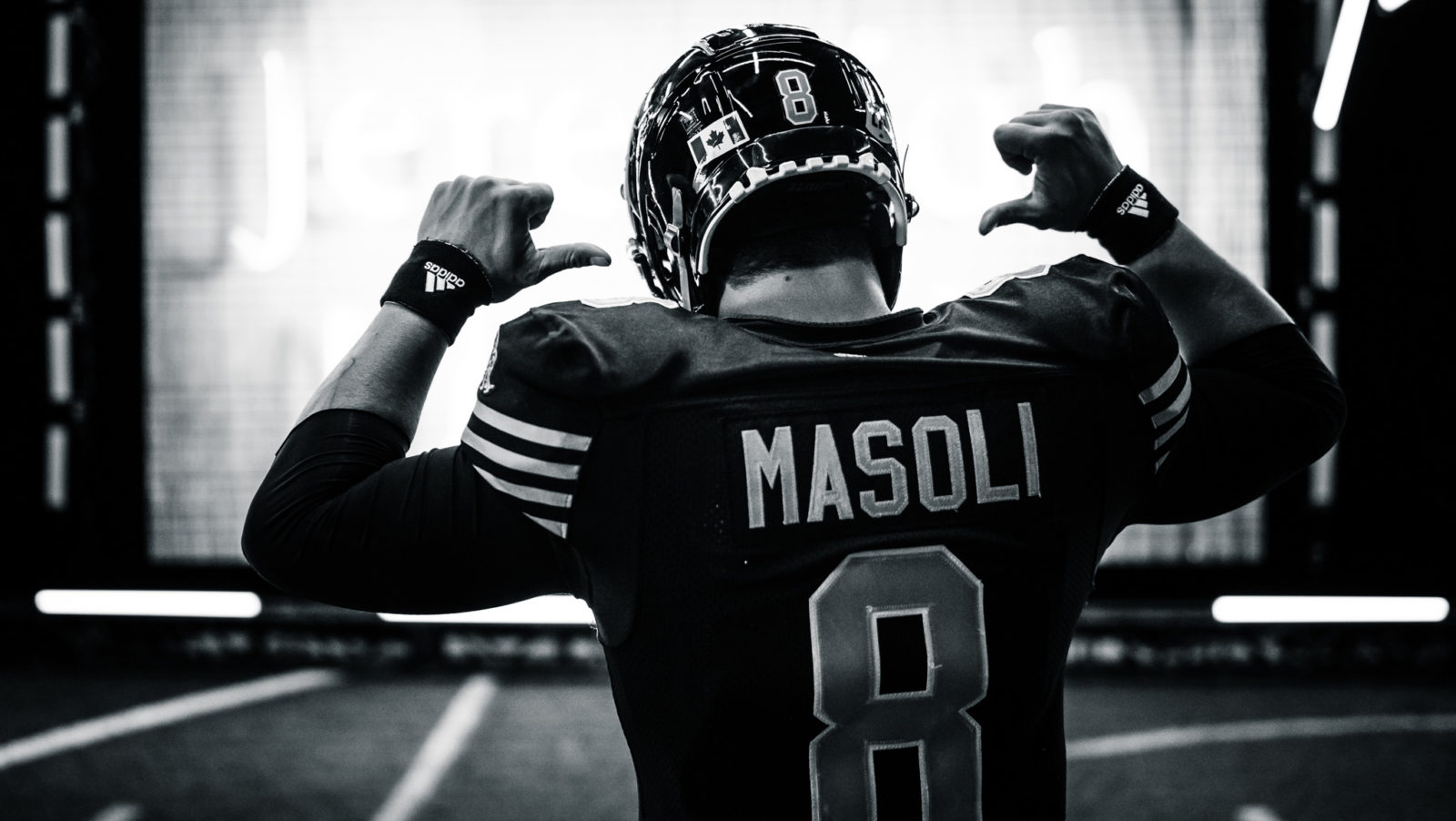 Masoli hopes to lead the Tiger-Cats to their first Grey Cup Championship since 1999 (Johany Jutras/CFL.ca)

“All those things we did last year were cool and fun but we still have a lot to prove. We had a chance to make the playoffs last year and we didn’t do it. Now the system is in place and after a full camp under June there are no excuses we just have to get it done.”

THAT is the key. June Jones.

While Masoli has had a variety of talented coaches in his football life there might be no coach better suited to guide his unique skill set than Jones.

The timing seems perfect. The stage is set for Masoli to carry the Ticats all the way to their first Grey Cup victory since 1999 but all of training camp Masoli has – once again – been forced to look over his shoulder and answer questions about depth charts instead of opponents.

The addition of Johnny Manziel to the fold has unquestionably changed the Ticats quarterback discussion but to Masoli it’s just another day in an ever-evolving football journey.

“I love the pressure of having to get it done. It’s what we play the game for. It’s good pressure. You want to be the best and win and having those expectations is what its all about.”

Masoli has started over a Heisman Trophy winning quarterback before in the UFL, why not do it again?

His energy and attitude is all directed towards winning with the team in front of him and with a true island sensibility he shakes off questions about anything outside of that in the same way a rock deals with a wave crashing violently into the shore.

Unbothered and resolute, Masoli continues to prepare for his chance to finally lead a pro football team to success beginning this Saturday night against one of the CFL’s most consistent power house organizations.

“We’ve been watching Calgary for a while,” Masoli closes with a smile that suggests a person and player living in the here and now, unafraid of tomorrow for the first time in a long time.