Earlier today Brooke Henderson and Lorie Kane from the LPGA  took some time before the CP Women’s Open to stop by Mosaic Stadium for some practice swings and to help improve the Roughriders form! 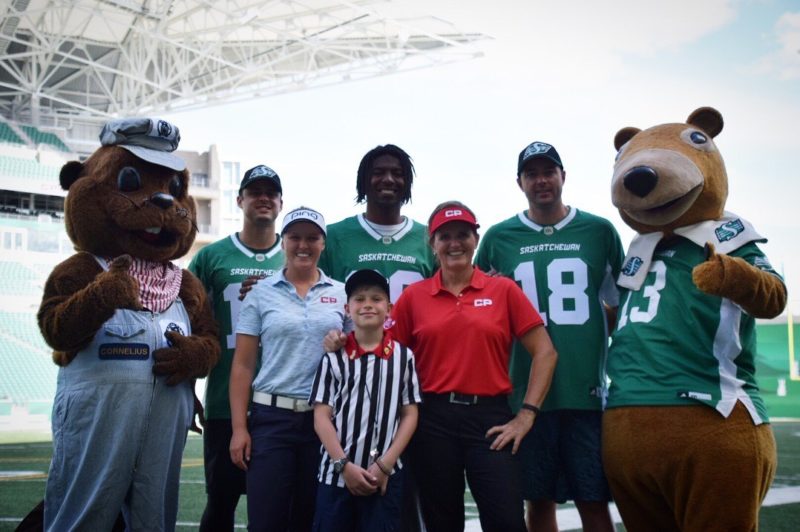 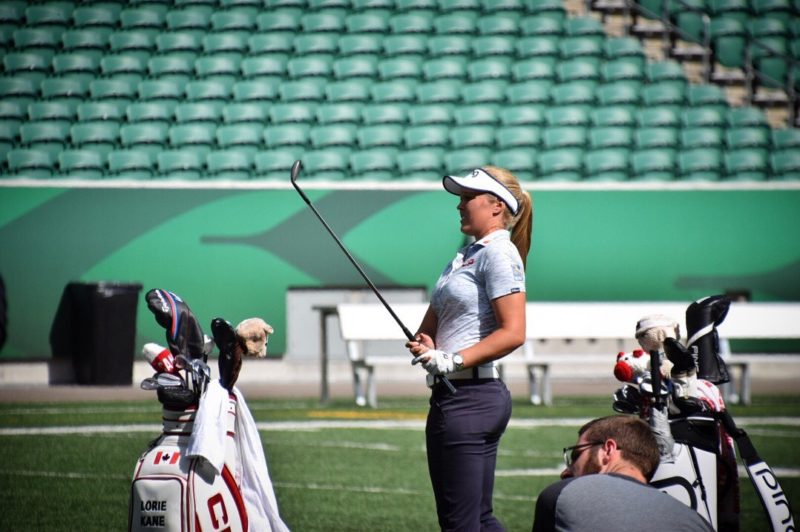 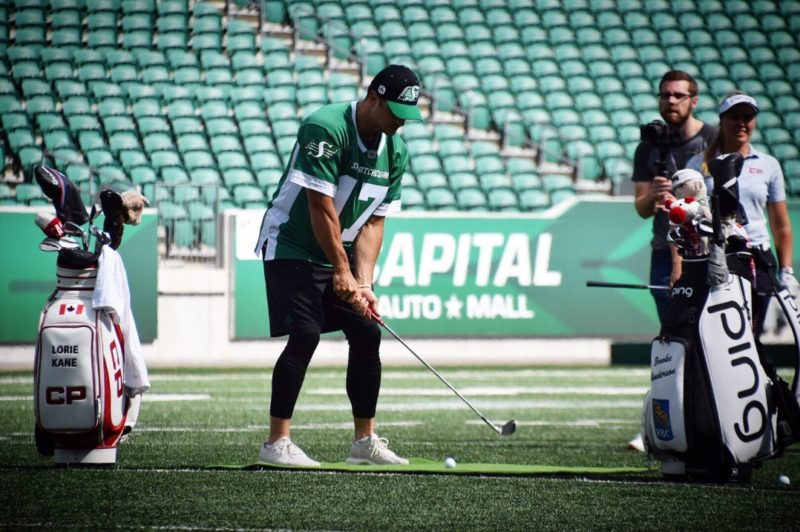 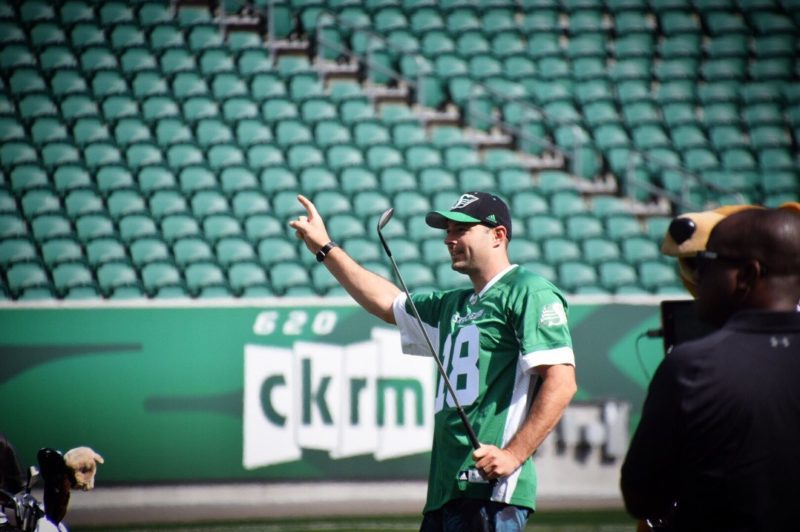 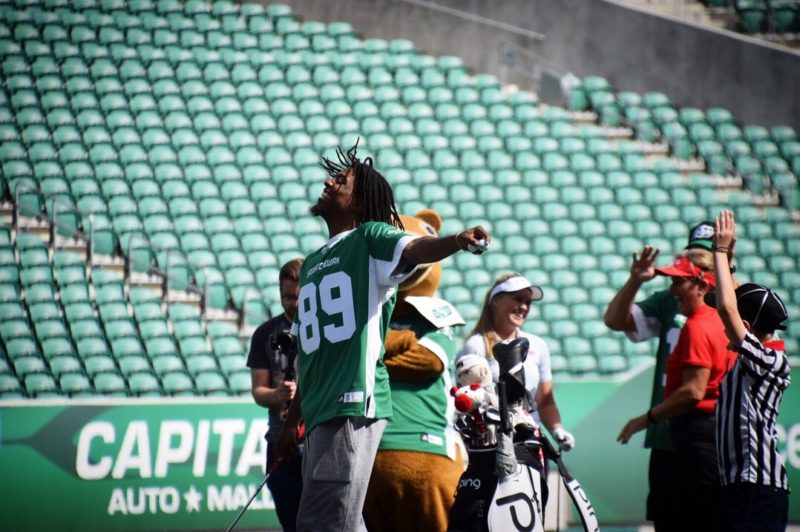 Not bad to learn from Kane and Henderson. Kane, a member of the LPGA tour since 1996 & a 4-time winner. While Henderson is currently one of the top players on the LPGA circuit and the youngest player to ever win the LPGA KPMG Championship at just age 18.