Berg vs. Ferg: Who is the next ‘elite’ quarterback? 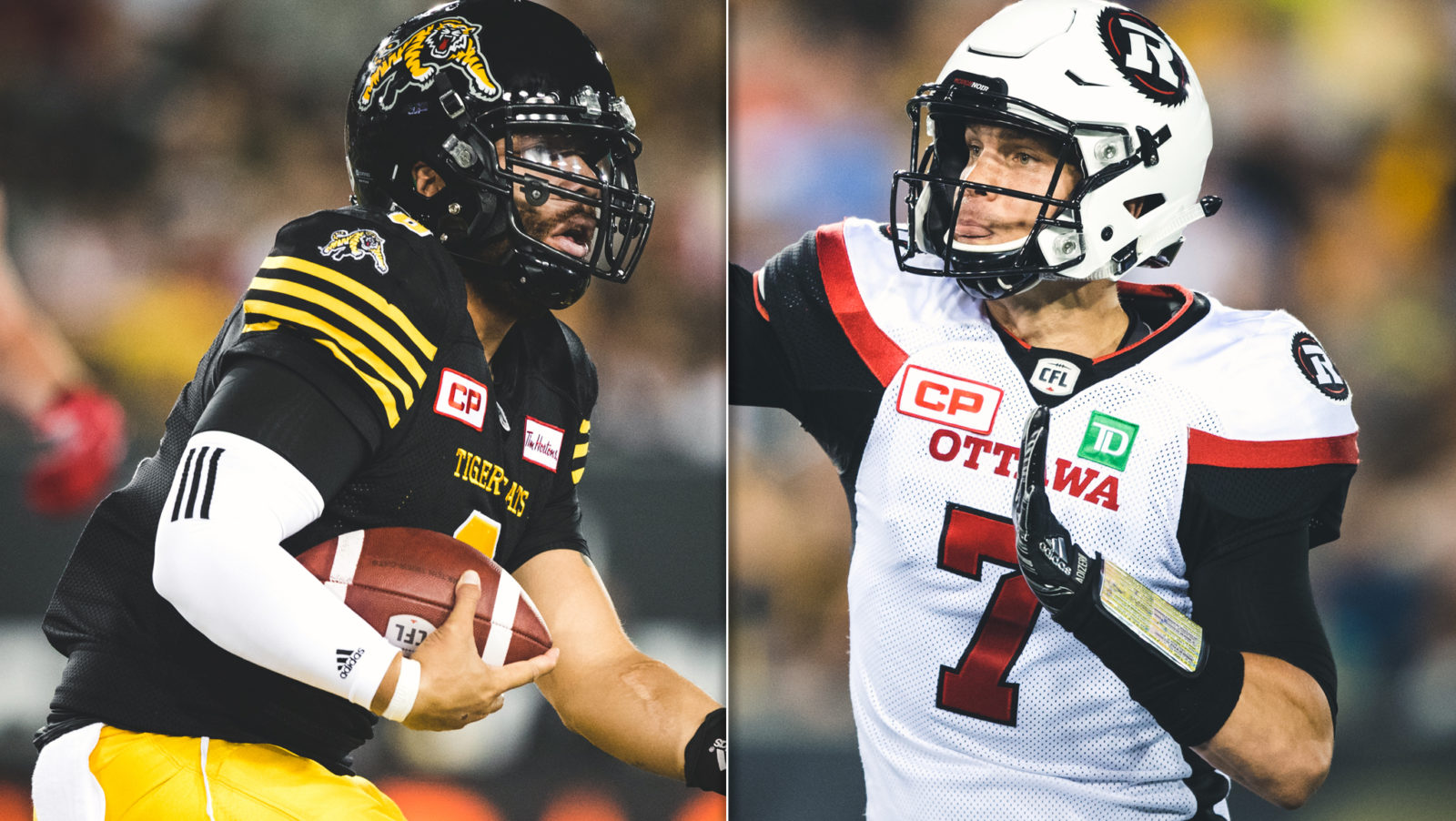 Berg vs. Ferg: Who is the next ‘elite’ quarterback?

Berg vs. Ferg returns for another season on CFL.ca as columnists Pat Steinberg and Marshall Ferguson debate over some of the league’s most contentious storylines. This week they debate over who will be the CFL’s next ‘elite’ quarterback.

Depending on who you ask, the quarterback hierarchy in the CFL seems pretty cut and dried.

Ricky Ray continues his journey toward the sunset, albeit gradually, while Bo Levi Mitchell and Mike Reilly join him in the class of elite Canadian Football League quarterbacks.

It’s been this way for a while now, although there are others knocking on the door.

Zach Collaros was once in that conversation before his season-ending injury in 2015, but he’s since failed to regain his form. Another name that’s retreated since coming close is Jonathon Jennings, who broke out in his early 20s but regressed in 2017, throwing more interceptions than touchdowns as his Lions missed the playoffs.

There are three names that seem to surface immediately in the debate: Trevor Harris, Jeremiah Masoli and Matt Nichols.

All three have cemented themselves in that second-tier, just under Mitchell, Ray and the reigning MOP in Reilly, but is one or more of these quarterbacks ready to find that next level?

Steinberg and Ferguson weigh in with their choices in the latest Berg vs. Ferg.

BERG (1-1): DANGER IS THE NAME OF THE GAME WITH MASOLI

Hamilton’s Jeremiah Masoli has all the tools to be a top end quarterback in this league. He’s athletic, is dangerous in both the passing and running game, and has put in the time to hone his craft. Now it’s time for Masoli to take the next step into the CFL’s upper tier, and I believe this is the year for him to do just that.

The football world has been aware of Masoli’s athletic gifts going back to his time at the University of Oregon. He’s always had the ability to pull the ball down and extend plays with his feet and that’s something we’ve seen on display many times in his professional career. Masoli is so dangerous in this regard as we’ve seen the Tiger-Cats use numerous designed run plays with Masoli to exploit his ability to run the ball. But it’s the other facet of his game that has come along dramatically over the last few years.

Let’s be honest: when Masoli began his CFL career he was limited as s pocket passer. He struggled with accuracy and decision making and it hurt his overall effectiveness. But give Masoli credit; he worked, he learned as a backup, and he improved. It’s at the point now where Hamilton is more than comfortable opening up the playbook for their quarterback. We saw that in Week 1: The Ticats threw the ball way more frequently than in prior years with Masoli under centre, which is a credit to how much he’s improved. In fact, dating back to last year, Masoli has racked up six straight starts with 300 or more passing yards.

There’s no doubt Masoli has plenty of motivation right now. Johnny Manziel is waiting in the wings and the public narrative has him pushing for a spot. But Masoli has developed into a strong overall quarterback and usurping him is not going to be easy. When you take all of his tools, recent history, and motivation into account, I think Masoli is ready to crest the top tier of quarterbacks.

Being a great QB is quite often more art than science. The great ones have a certain quality to their game that can’t be quantified but passes the eye test with flying colours.

Trevor Harris of the Ottawa REDBLACKS has the science of being a top flight quarterback down. He has the completion percentage, the touchdown to interception ratio and the week to week yardage that screams he is on his way to being one of the game’s best.

What Harris needs to develop in order to be considered amongst the Reillys, Rays and Mitchells of the CFL is that eye test approval from the casual fan. The ability to look at Harris and say, “yes, in a one game winner take all situation that’s the guy I want because I know he gives me a better chance than anyone to win.”

I believe Harris has these qualities readily accessible in his game already. I stood on the REDBLACKS sideline in an Eastern Semi-Final in which Harris tossed 60 (!!!) passes in an effort to will his squad to victory.

The challenge for Harris now becomes maintaining that dominant approach and staying a force from June through Labour Day and deep into the playoffs.

I think he both can and will do it. Trevor Harris is here to stay and I can’t wait to see the day he plants his names flag atop the CFL quarterback mountain.

Fan Poll
Which QB will be next to break into the elite?
Jeremiah Masoli
Vote
Trevor Harris
Vote
Submit View Poll Results