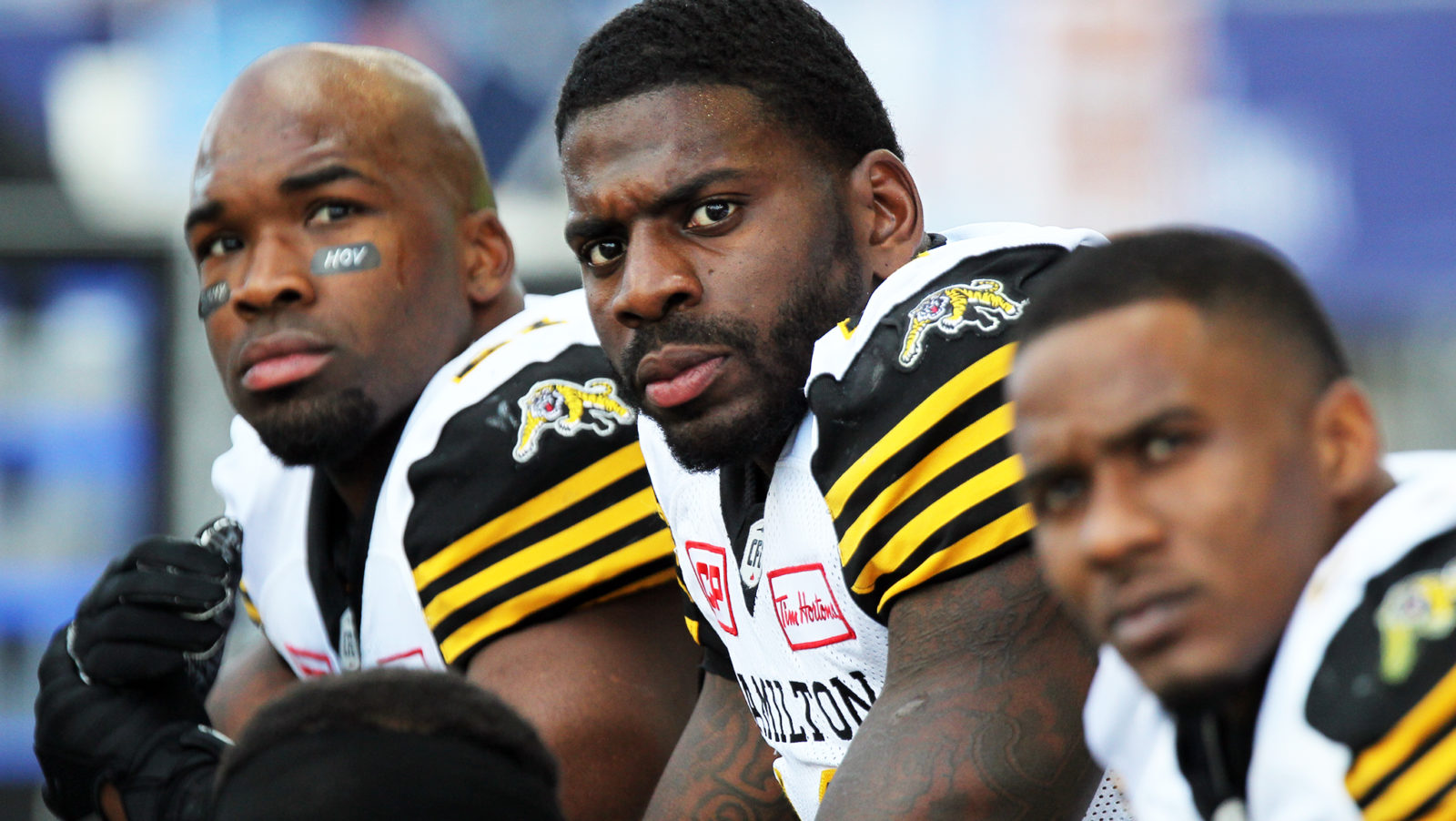 TORONTO — Whether you’re a CFL team, a Total CFL Pick ‘Em player or a CFL.ca writer, there’s a lot on the line, and all of it continues as Week 2 gets set in the Canadian Football League.

The Ottawa REDBLACKS get their season underway after having Week 1 off and they’ll open up the week against the Riders in the nation’s capital.

Last week saw all of our writers agree on all but one game. That’s certainly not the case, however, this week as no matchup pulled out the sweep from the writers.

*View rules and regulations, including prizing.

Here are the Week 2 writer’s picks:

RELATED
» CFL Pick ‘Em: Get your picks in!
» Be the GM in CFL Fantasy
» Your guide to Week 2 of CFL Fantasy 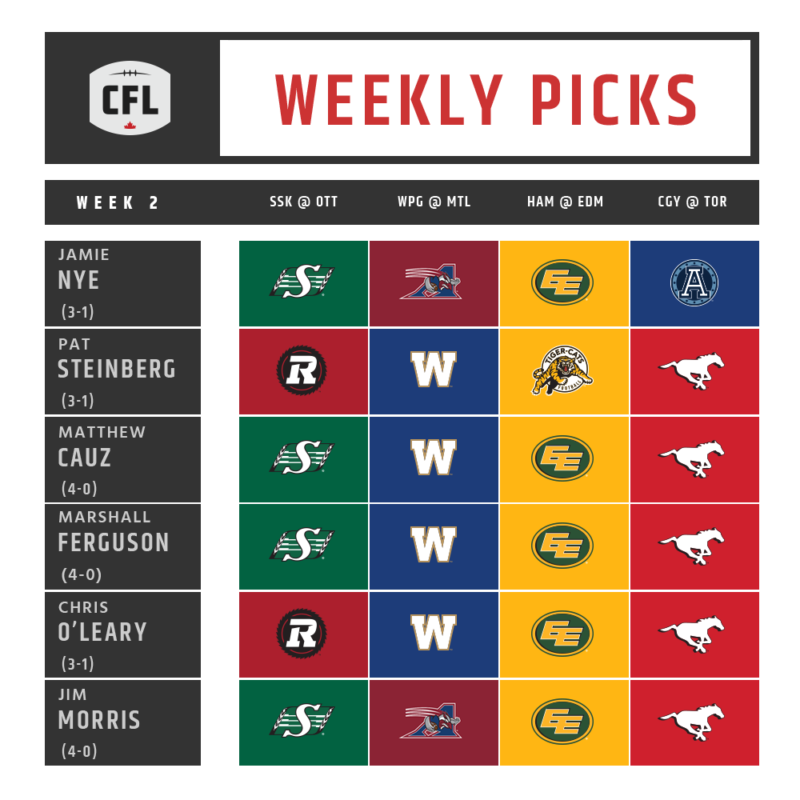 Trevor Harris is expected to start despite an injury suffered in the REDBLACKS first pre-season game. His presence behind centre will give Ottawa a sure shot at opening up their season with a win at home. Harris will need to spread the ball around to the likes of Ellingson, Sinopoli and Spencer to ensure the Riders don’t get content.

As for the Roughriders, the defence is scary, really scary. The off-season talk surrounding the duo of Charleston Hughes and Willie Jefferson was much deserved, especially after Hughes registered three sacks against the Argos last week. Not to mention that Duron Carter will be joining a secondary that already registered five knockdowns and an interception return for a touchdown in Week 1.

Chris Streveler gets his second start in as many games of his young career. Despite the weather conditions, the Bombers pivot showed signs of brilliance. His ability to maintain confidence and consistency will be key in rallying the Bombers offence after their loss last week to Edmonton. Winnipeg should also be looking to get Adarius Bowman involved after he failed to register a reception in their season opener.

The defence was good at times. The Ticats’ defence was also bad at times in their loss to Calgary. Electing to keep their team out west during their Albertan road trip, the Black and Gold also picked up a familiar face in Delvin Breaux, who spent the last three seasons in the NFL. Up against arguably the strongest offence in the league this week, Hamilton will hope to gain consistency on the defensive side of the ball.

Phew! The Eskimos certainly slept in on Friday morning after their 33-30 win over Winnipeg. We’ll see whether the impact of their lengthy victory from a week ago continues to have an already growing injury list for Edmonton, or whether Mike Reilly comes out slingin’ against the Ticats.

It’s the rematch of last year’s Grey Cup and there’s much to be proven by either team. The Stampeders will be looking to right their wrongs from the championship game and use some of the momentum gained from last week’s victory, as they get set for their second of five straight games against East Division teams.

As for Toronto, they’ll celebrate their Grey Cup win at their home opener at BMO Field. That celebration will be short-lived though as Ricky Ray and their offence looks to get back on track after losing to the Riders in front of a hostile Mosaic Stadium crowd last week.