Argos issue update; say Ray has feeling in all extremities 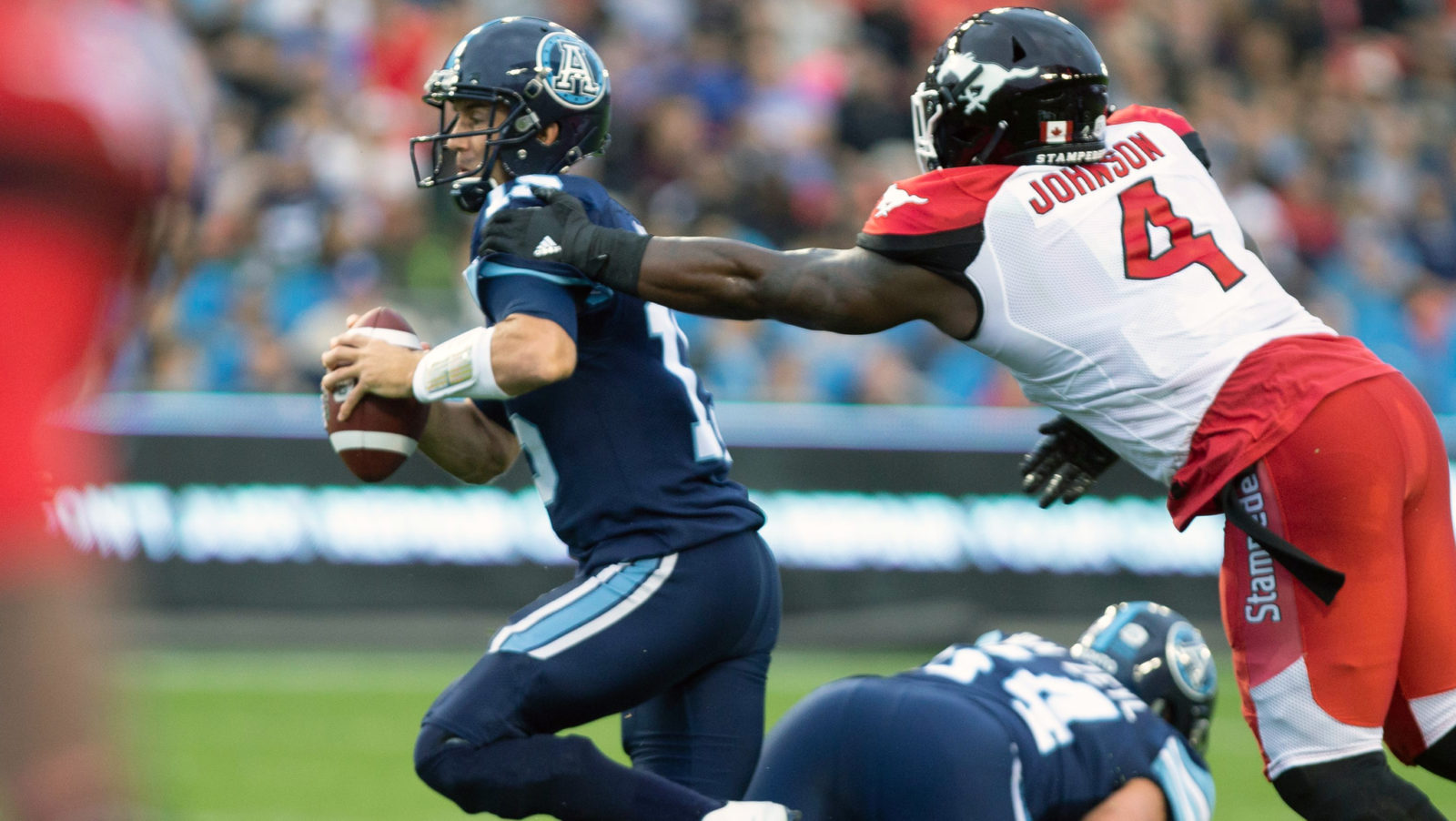 Argos issue update; say Ray has feeling in all extremities

TORONTO — The Toronto Argonauts issued an update Sunday on injured quarterback Ricky Ray, who left Saturday’s Week 2 loss to the Calgary Stampeders on a stretcher with an apparent neck injury.

The release from the team reads as follows:

Argonauts QB Ricky Ray, who suffered a neck injury during the third quarter of Saturday night’s contest vs. the Calgary Stampeders, was held in a Toronto hospital overnight and has feeling in all extremities.

Ray is resting comfortably and remains in the hospital for further evaluation. Ray did undergo concussion protocol testing and reported no current symptoms.

Further details regarding Ricky Ray’s health will be made available soon.

After starting the season 0-2 following a blowout 41-7 loss Saturday, the club is off in Week 3 and will take on the Edmonton Eskimos in Week 4.

James Franklin entered the game in Ray’s absence and is likely the next man up depending on Ray’s future availability.