CFL, TSN announce the return of live mic broadcasts for 2018

CFL, TSN announce the return of live mic broadcasts for 2018

TORONTO – As the CFL ON TSN gets ready to kick off Week 3, TSN announced Wednesday new enhancements to select broadcasts throughout the season. Starting this weekend, TSN is unveiling a multifaceted viewing experience with the return of live mics, and the addition of an all-new ref cam.

CFL fans have never been closer to the game with the return of live mics to the CFL ON TSN. Featured in 18 games this season, including four games for each CFL team, coaches and quarterbacks will be mic’d for the select games to catch calls, cadences, and collisions to make viewers feel like they’re part of the huddle. Live mics make their 2018 debut when the Winnipeg Blue Bombers visit the Hamilton Tiger-Cats this Friday, June 29 at 7 p.m. on TSN. 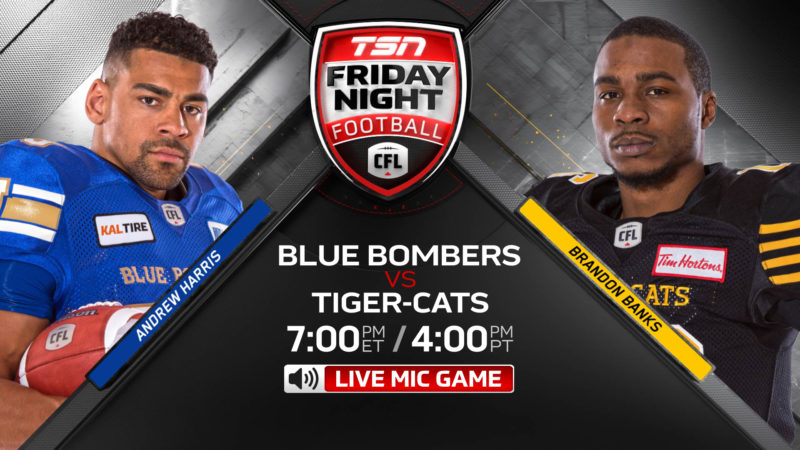 Giving fans a first-hand look at the game’s top plays, and getting them up-close and personal with their favourite players, the new ref cam delivers a full referee experience to viewers. Appearing weekly, the ref cam shows viewers what the head ref sees, as well as replay footage and unique vantage points during reviews. The ref cam debuts this Saturday, June 30 as the Montreal Alouettes visit the Saskatchewan Roughriders at 9 p.m. ET on TSN.

“The new production features being added to our CFL broadcasts provide viewers with an immersive experience that puts them in the middle of the action,” said Paul Graham, Vice-President and Executive Producer of Live Events, TSN. “We value the great cooperation of the CFL, CFLPA, and all nine teams in providing a viewing experience for Canadian football fans unlike anything they’ve seen before.”